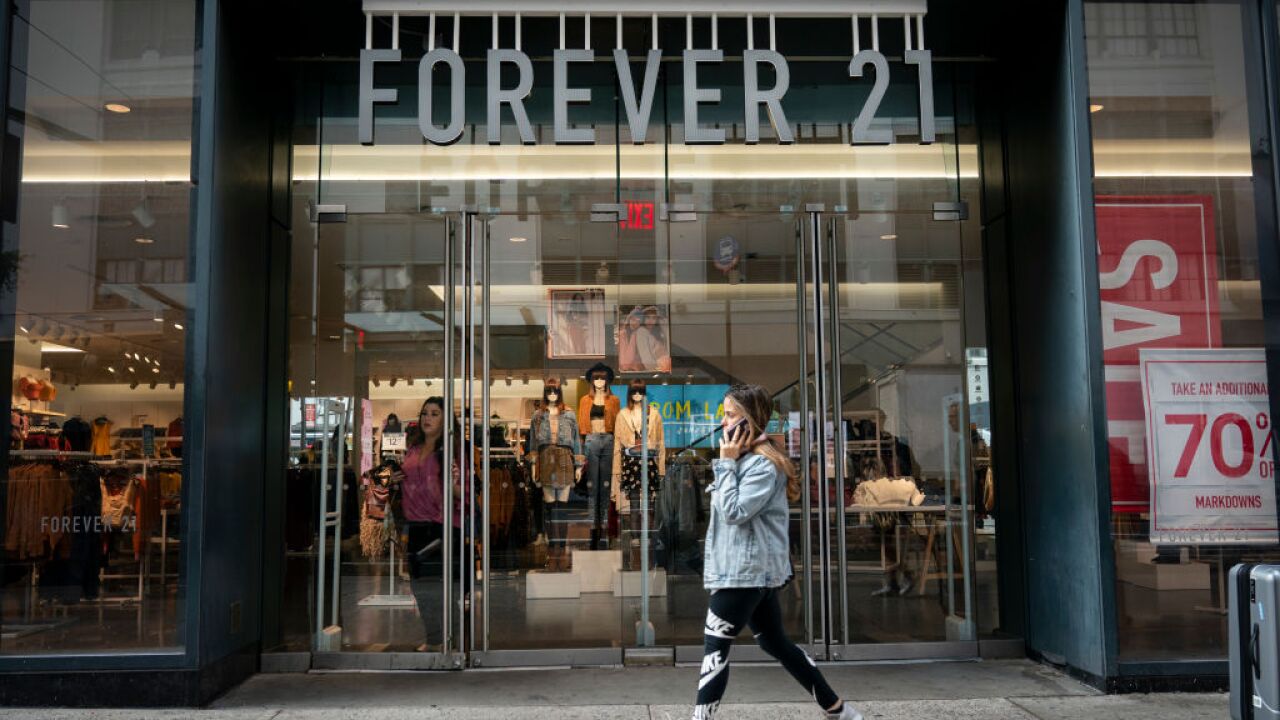 Copyright 2019 by Getty Images
Drew Angerer/Getty Images
NEW YORK, NY - SEPTEMBER 12: A Forever 21 store stands in Herald Square in Manhattan on September 12, 2019 in New York City. The Wall Street Journal reported that the retail chain is planning to file for bankruptcy as soon as Sunday. The company is refuting these reports and said they plan to continue operating a vast majority of their U.S. stores. (Photo by Drew Angerer/Getty Images)

The affected locations, which include Fashion Valley, University Towne Center, and Parkway Plaza in El Cajon, could be shut down "pending the outcome of continued conversations with landlords,” according to court documents. Attorneys also said the list of store closures could change pending restructuring efforts.

"We do however expect a significant number of these stores will remain open and operate as usual, and we do not expect to exit any major markets in the US," the company said.

The chain was founded in 1984 in a small Los Angeles store by South Korean immigrants Do Won Chang and his wife, Jin Sook. The chain expanded quickly in suburban malls, and catering to young girls and women with a mix of inexpensive basics. The company perfected the fast-fashion model, drawing in customers with its frequently updated mix of clothes than what was offered at department stores or single brands.

CNN contributed to this story.