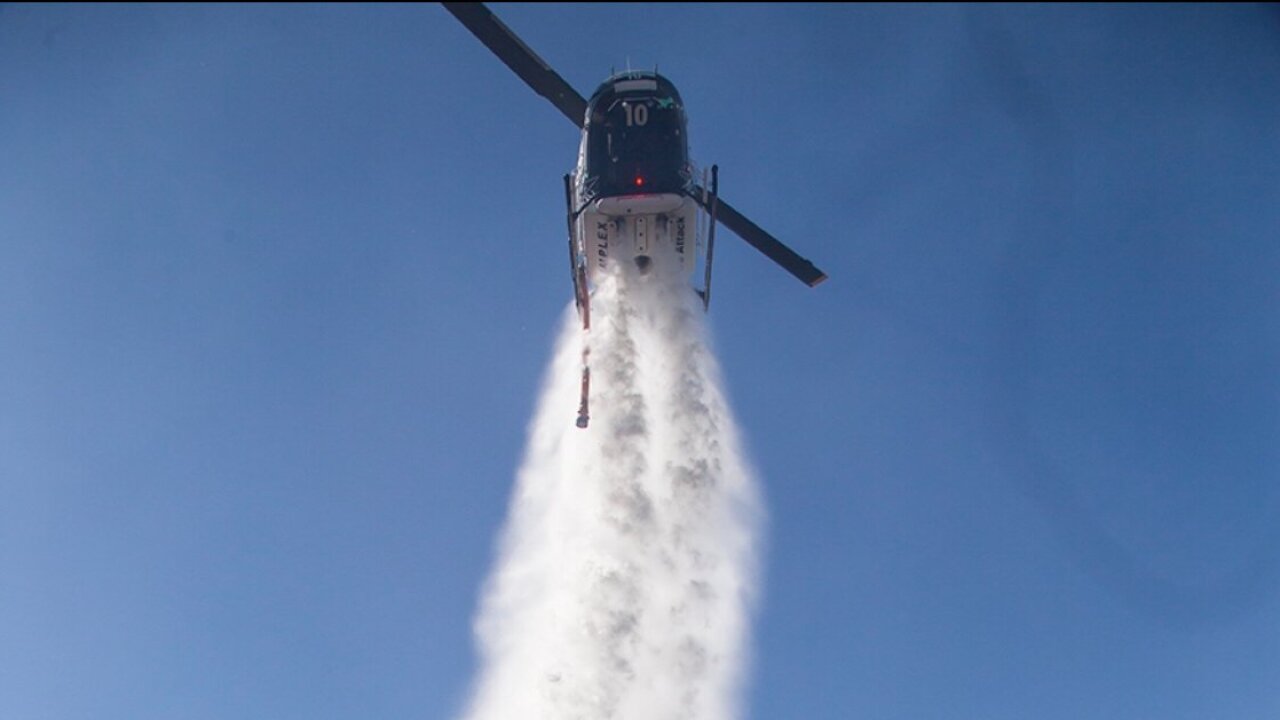 SAN DIEGO (KGTV) - San Diego area fire agencies are boosting staffing levels ahead of what may be the worst Santa Ana wind event this year.

The intense weather situation, due to start Tuesday night and last through Thursday, has crews working extra shifts.

Cal Fire San Diego has nearly all of its 500 firefighters on duty to staff equipment and fill support roles, an agency spokesperson said on behalf of Chief Tony Mecham.

Although the agency is supporting other fires across California, the Regional Coordination Center in Riverside has limited the number of resources sent out of Southern California, Cal Fire reported. Cal Fire also brought 150 out-of-state fire engines to California.

The California Office of Emergency Services also announced Tuesday it was coordinating to pre-position fire equipment and personnel ahead of Santa Ana conditions. Two strike teams consisting of five engines are staged in San Diego County, along with a helicopter.

The San Diego Fire-Rescue department said staffing would be increased Wednesday morning at 7 a.m. due to the wind event.

Two firefighting helicopters are available around the clock, according to spokesperson Mónica Muñoz. The department has a strike team made up of three SDFD crews, a Chula Vista fire crew and a Poway fire crew, all assigned to a brush engine, in addition to other crews.

SDFD strike teams will remain in place until Thurs. evening because of the #santaana wind event forecast for Tues. - Thurs. Please be prepared. Use our Ready, Set, Go! guide downloadable from https://t.co/ifiKRm3XiT

It’s got valuable info for the safety of you and your family. pic.twitter.com/E0tnjT1b7M