Driver ejected, good Samaritan hit after rollover on I-8 in Mission Valley 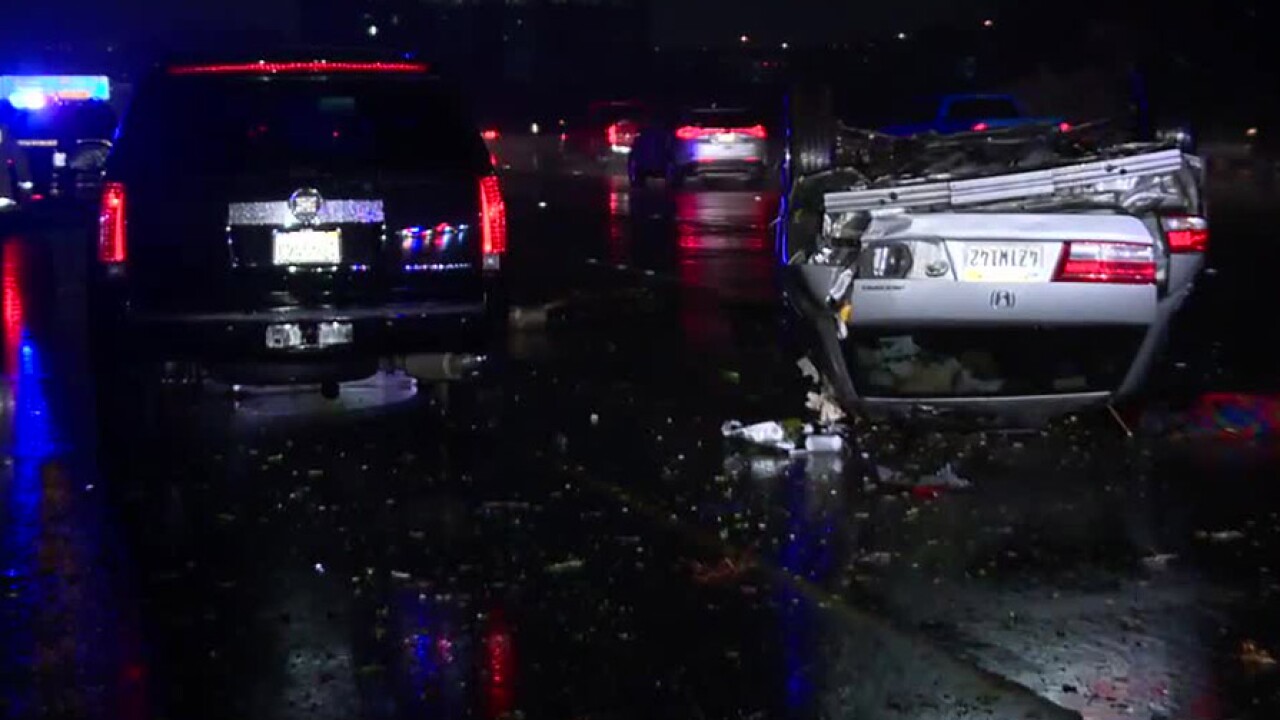 SAN DIEGO (KGTV) -- A driver was ejected following a rollover crash on Interstate 8 and a motorist who stopped was hit by an oncoming during a rainy Wednesday morning commute.

Shortly after 4:30 a.m., a car rolled over on westbound I-8 just east of I-805 and came to rest on its roof, according to the California Highway Patrol. A witness told the CHP that the car was seen traveling at around 90 mph just before the wreck, but the CHP did not immediately confirm the witness' statement.

10News learned the car’s male driver was thrown from the vehicle and onto the side of the roadway.

The driver of an SUV stopped to help, but as the good Samaritan went to check on the ejected motorist, he was struck by another car.

Authorities closed off at least two westbound I-8 lanes, leading to a heavy traffic backup. As of 5:45 a.m., the lanes were expected to be closed for at least one hour.

Both injured drivers were taken to the hospital with injuries of unknown severity. The car that struck the good Samaritan remained at the scene for questioning.