Rise in suicides, opioid overdoses leads to drop in life expectancy across US 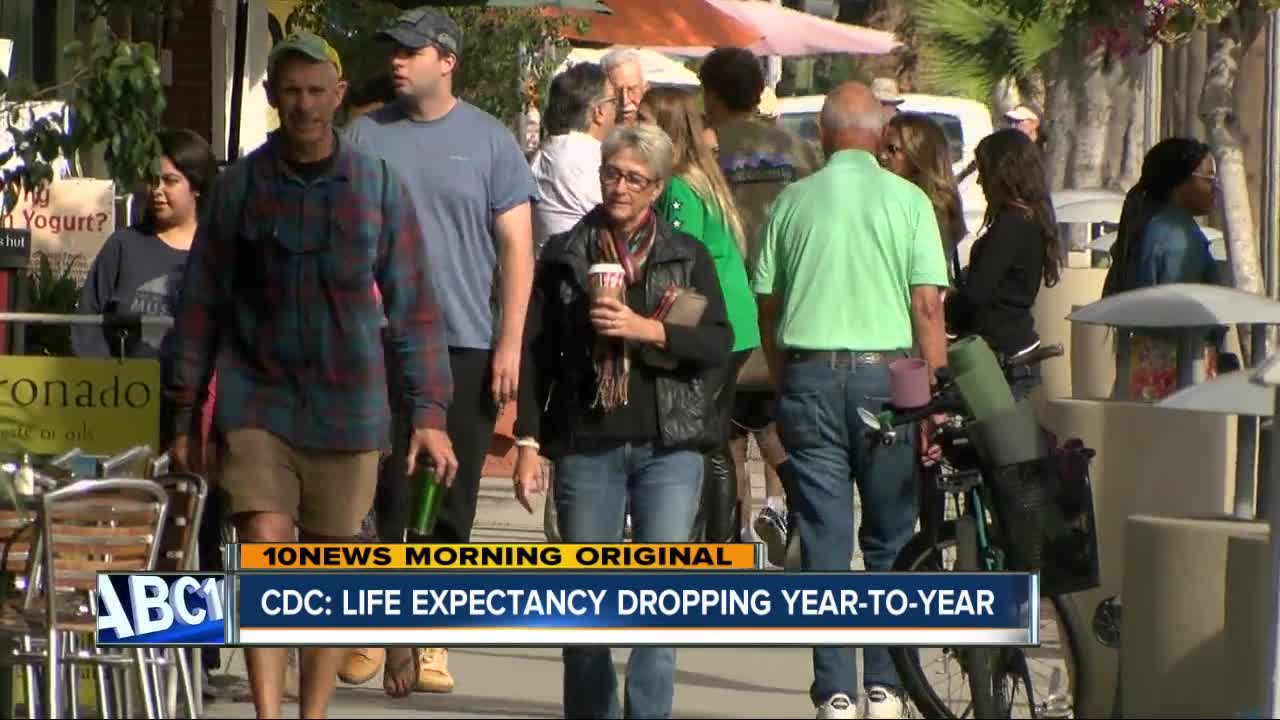 A report by the CDC says a rise in opioid overdoses and suicides are to blame for a drop in life-expectancy. In San Diego, local health leaders are already working to reverse the trend 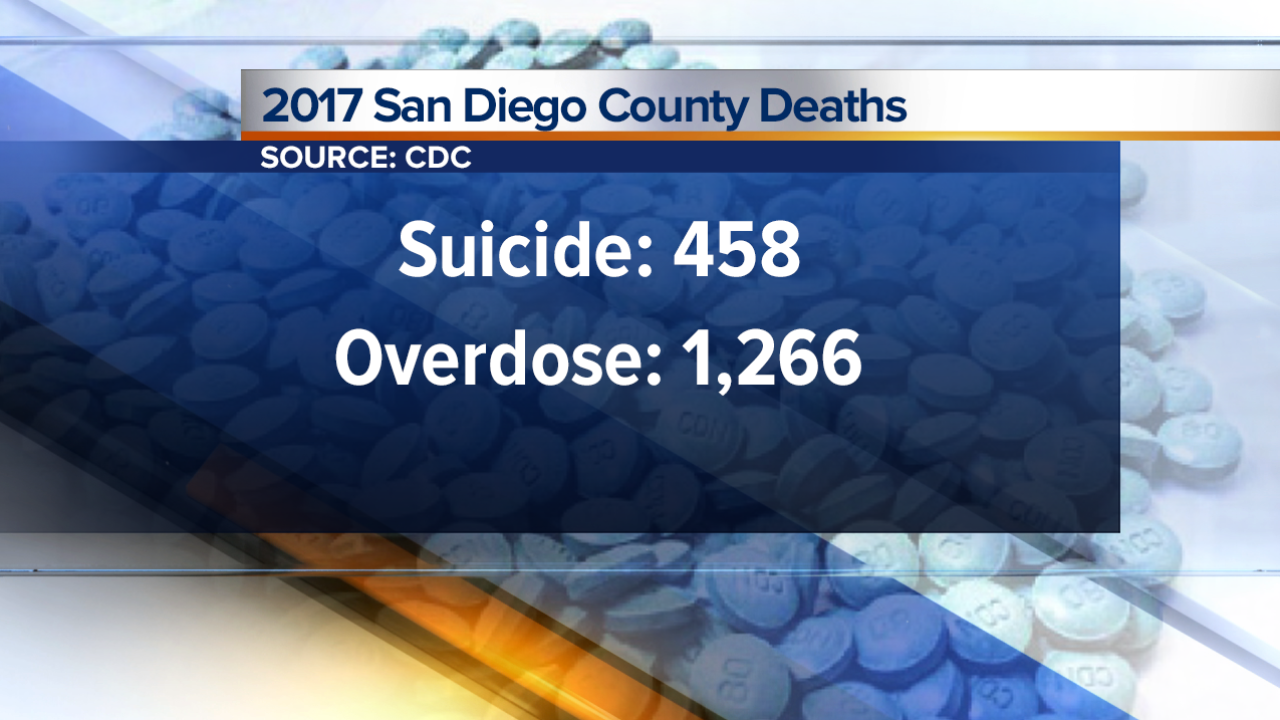 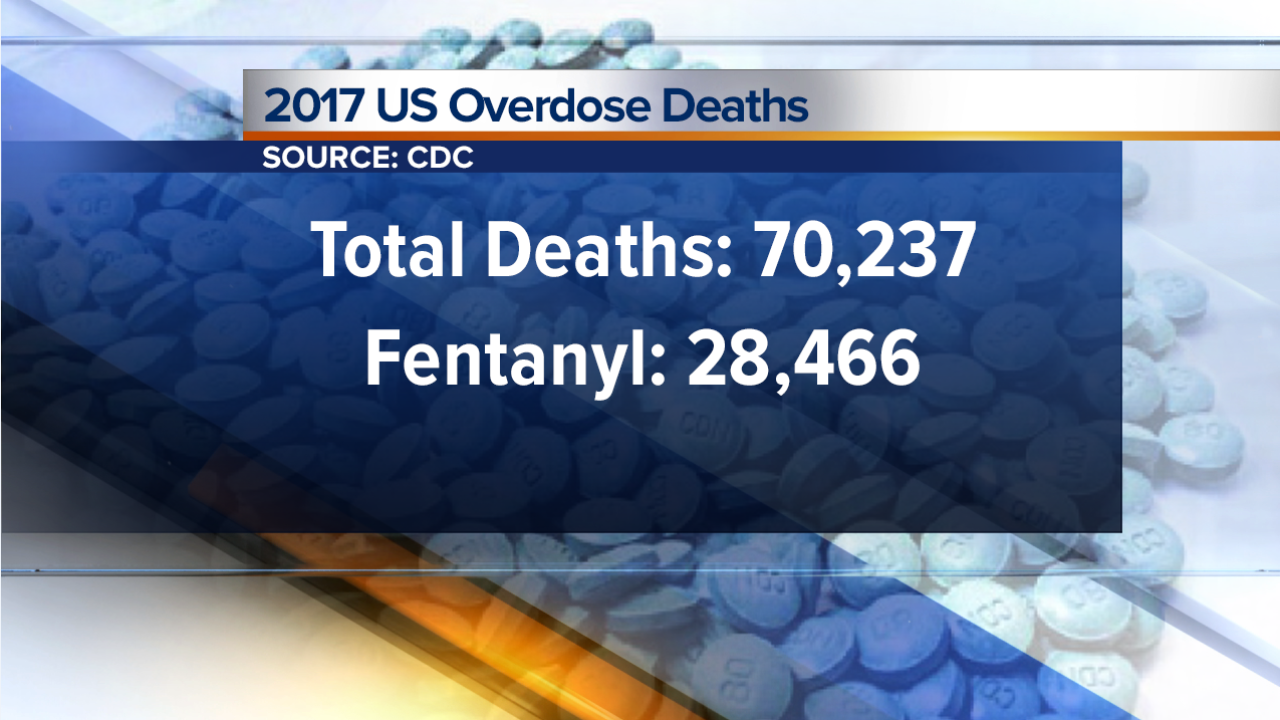 SAN DIEGO, Calif. (KGTV) - As deaths in the US from suicide and opioid overdose skyrocket, San Diego health leaders have plans already in action to fight the rising trend.

In San Diego in 2017, 458 people committed suicide, and 1,266 people died from an overdose. Richardson says the link between the two can't be ignored.

The Centers for Disease Control says those two factors are the reason that life expectancy dropped in the US for the first time in years. According to a CDC report, someone born in 2018 can expect to live to be 78.6 years old, down from 78.7 in 2017.

While the drop is slight, the factors causing it are significant.

"This is a large epidemic across the country," says Dr. Sayone Thihalolipavan, a Deputy Public Health Officer for the County Department of Health and Human Services.

Thihalolipavan says the county has already put out health alerts warning people about Fentanyl, a highly potent opioid that can cause a fatal overdose from just a few microscopic particles. They have also received several state and federal grants to buy thousands of doses of Naloxone, a drug used to fight the effects of an opioid overdose.

Other grants have paid for the training of medical professionals in the East County, where overdose numbers are higher. They're teaching doctors, nurses and pharmacists about which opioids are safer to prescribe, and in what amount. The hope is the training will help people avoid addiction and dependency, which can lead to abuse.

Other health officials are looking at the link between alcohol abuse and suicides.

A recent county study showed that the top three areas in San Diego for suicide rates all rank in the top five for the prevalence of alcohol licenses and sales. Richardson believes that shows alcohol's role in people choosing to take their own life.

"It's a mind-altering drug," he says.