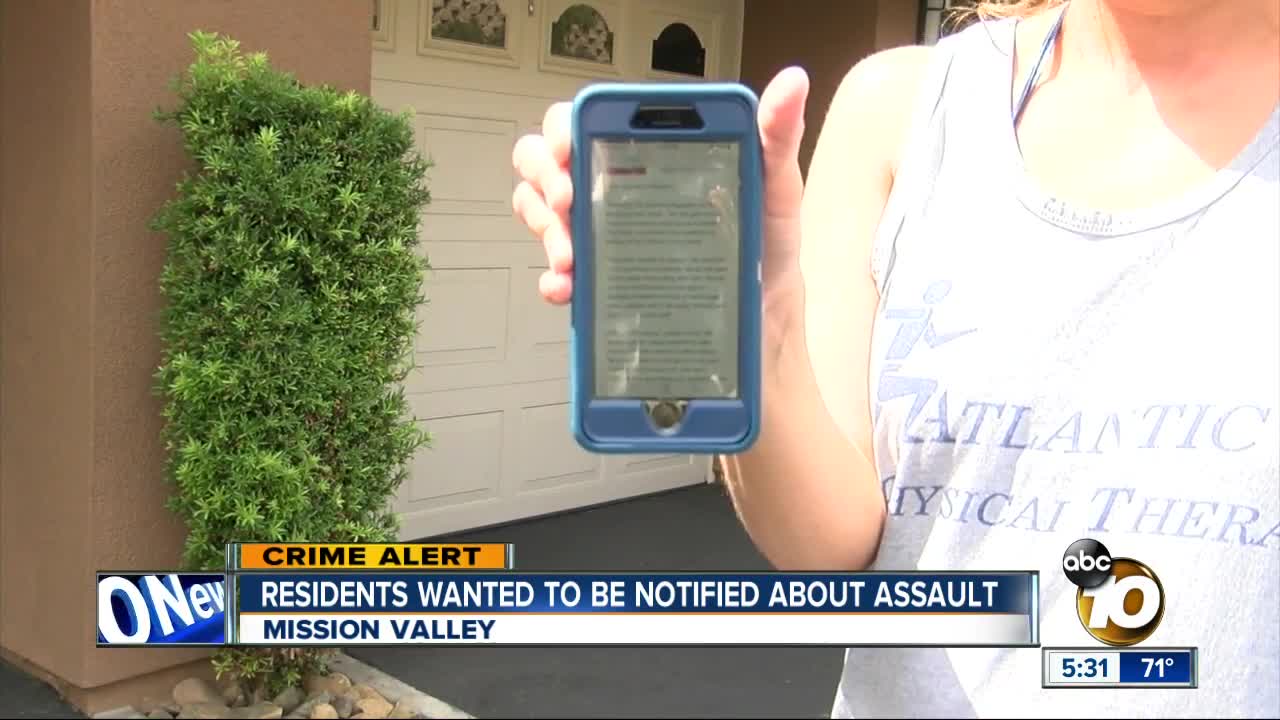 Residents at Aquatera Apartments in Mission Valley say they are upset about how managers handled notifying them about a violent attack in their complex. 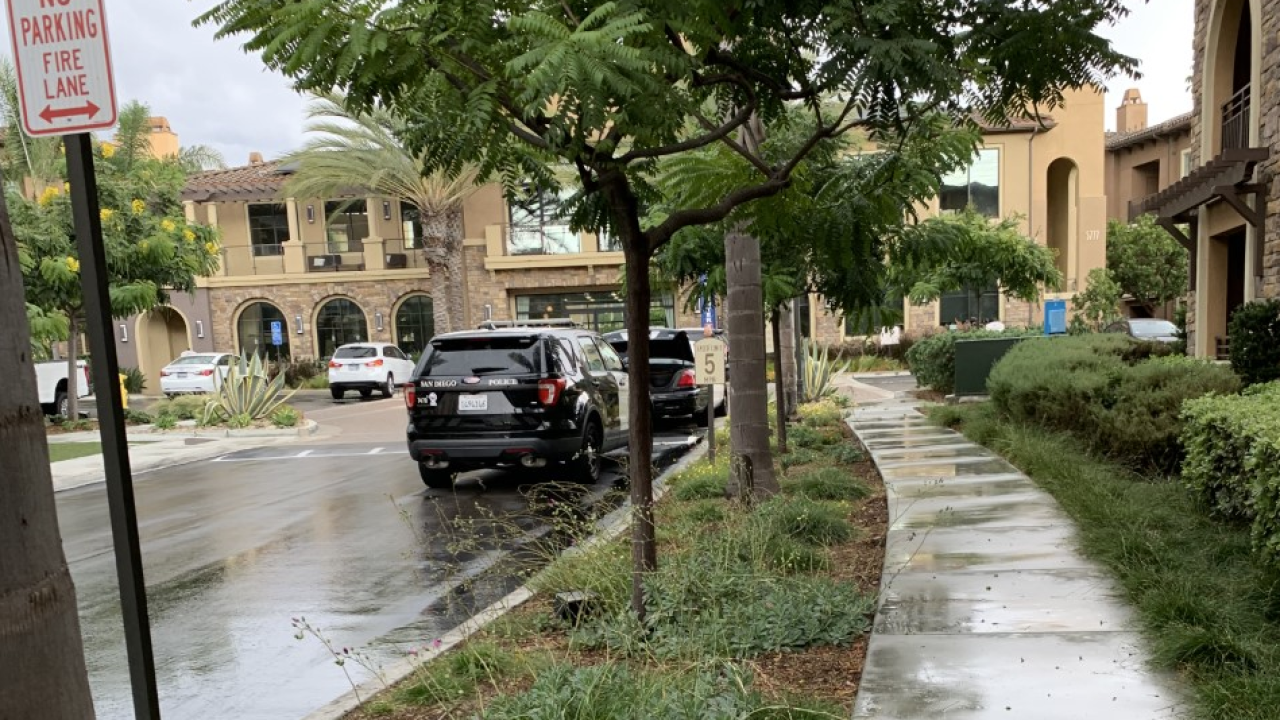 SAN DIEGO (KGTV) - Residents at Aquatera Apartments in Mission Valley say they are upset about how managers handled notifying them about a violent attack in their complex.

Many residents saw police cars parked at Aquatera for much of the day on Sept. 4. An email from the management company was not sent notifying residents until Monday.

Aquatera spokesperson Margie Newman confirms to 10News that a resident was assaulted on the premises. She says the resident went to Aquatera staff for help. Staff immediately called police. Newman says a suspect was arrested within the hour. Because the threat to residents was ended so quickly, the decision was made to gather more information before notifying other residents.

"Our team simply wanted to get it right. The threat was passed. The perpetrator was caught within the hour, so we wanted to make sure that what we were sharing was the most accurate information," Newman said.

Several residents told 10News they asked Aquatera staff what had happened and were not given answers.

Monday, a resident checked the Crimemapping.com website, which aggregates police report data from the San Diego Police Department. It listed a rape at the Aquatera address at noon on the 4th. The resident contacted Aquatera management to ask why residents hadn't been notified about a sexual assault five days prior. A few hours later is when the email went out to residents, saying an assault had taken place and an arrest made. The email also listed a number of steps residents could take to increase their personal safety.

"It's disturbing that it took five days, especially when our safety is concerned. Very disturbing," said a resident who identified herself as Lisa. "My husband is now in charge of walking the dogs at night. I have mace that I actually bought today. It's really sad that now we have to walk around armed."