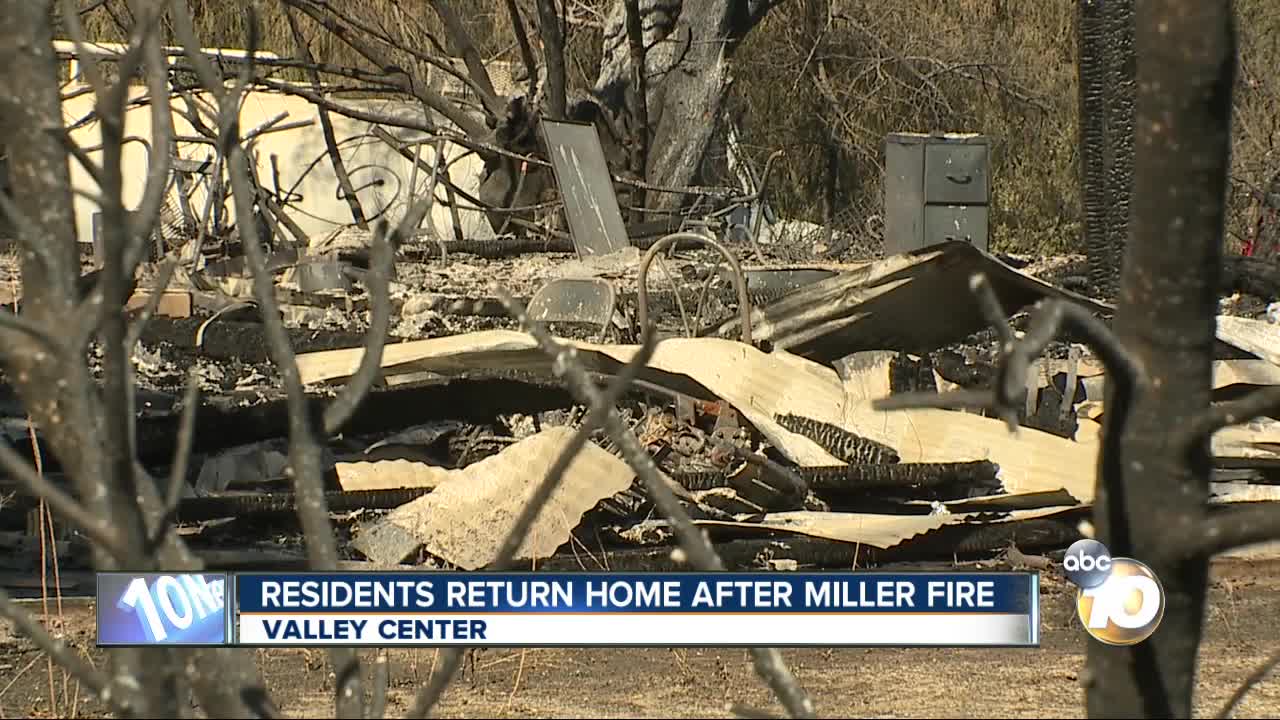 Residents who were evacuated by the Miller Fire Friday afternoon were given the go-ahead to return home Saturday morning. 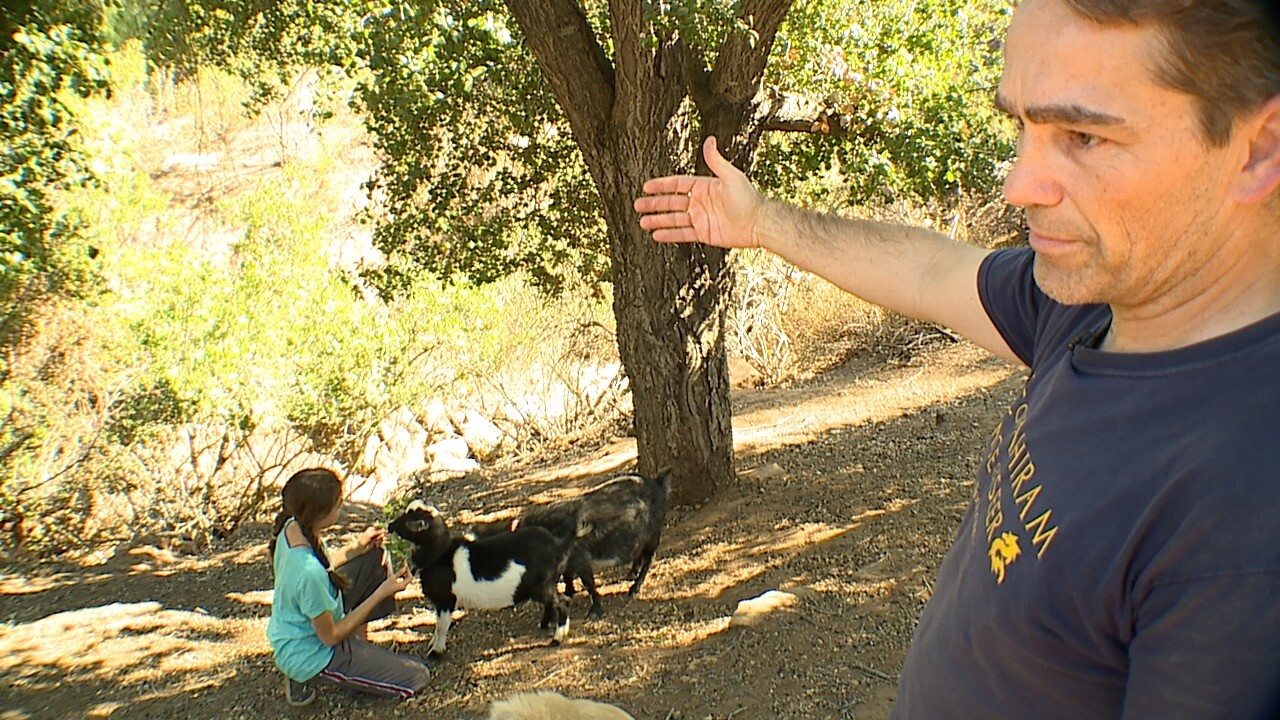 VALLEY CENTER, Calif., (KGTV) -- Residents who were evacuated by the Miller Fire Friday afternoon were given the go-ahead to return home Saturday morning.

Firefighters made tremendous progress by mitigating the 37 acre fire to 75 percent containment.

10News met Sandor Gyetvai minutes after he and his family returned home from being evacuated. He was surveying his property.

"This is the starting point," Gyetvai said. "It's just frightening. There's just so much fuel load in here."

He was one of more than 1,400 people evacuated from the zone in the direct path of the fast-moving fire.

"I ran into the house and grabbed the hard drives with all of our family photos from 20 years ago. We grabbed those, we jumped in the car, grabbed the dog and took off," Gyetvai said.

He said it was a scary feeling not knowing if they were coming back to a home or a pile of rubble.

"It burned the whole back part of our neighbor's property and came up to the back of ours," he said, pointing at their fence.

Firefighters made incredible progress and were able to save the home of Gyetvai's neighbor, Christina Bishop. Bishop's backyard was scorched, but she is finding joy in the little things that survived.

The pine tree that her now-adult son planted when he was five years old survived. She also found a golfball her kids hit in the backyard from when they were pretending it was driving range.

"I'm going to keep it as a souvenir of the big fire," Bishop said smiling.

Aside from the heroic acts of the firefighters, Gyetvai says he also has to thank his two dwarf pygmy goats, Cookie and Midnight.

He left the fences open for them to run during the fire, but they stayed and continued to eat off of the brush.

"The fire came right up to our property and pretty much stopped because there was no brush to burn because they've eaten it all up!" Gyetvai said.

He believed their healthy appetite helped fire-proof their property.

"They're just eating machines that are living lawnmowers," Gyetvai laughed.