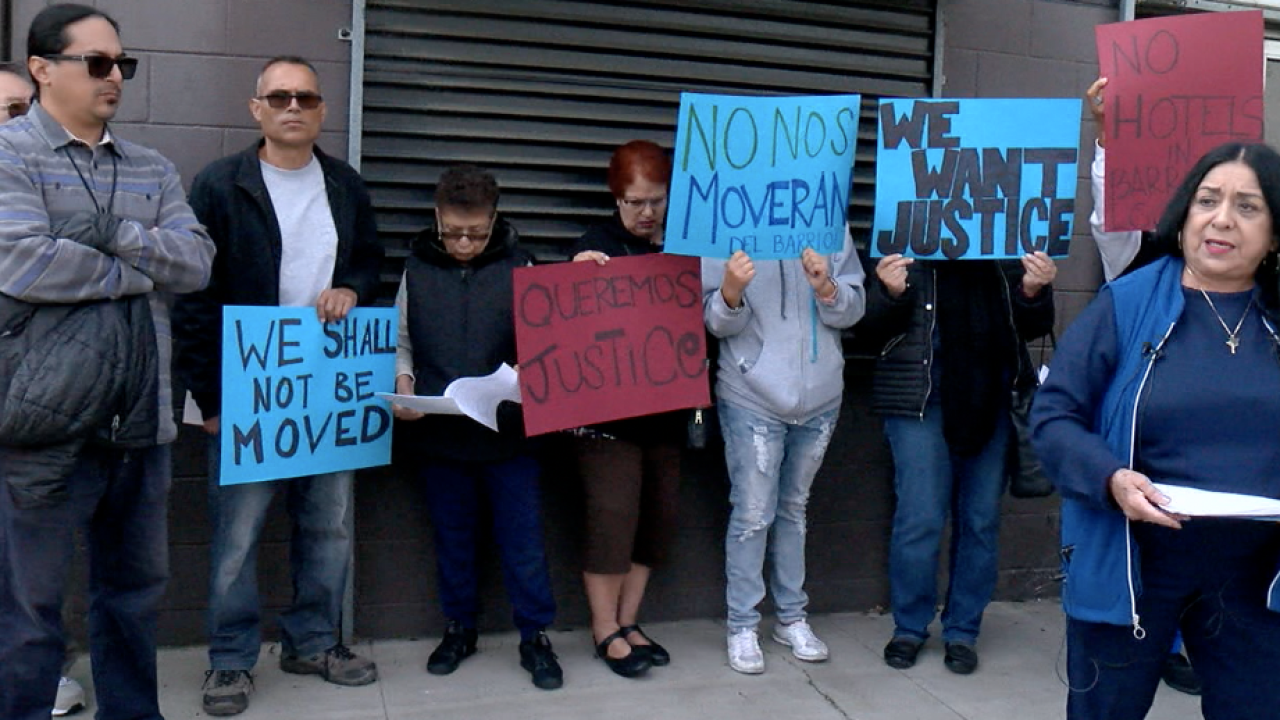 SAN DIEGO (KGTV) - Community members rallied Thursday to send a message to developers looking to build in Barrio Logan. This comes after a developer tried to bring an 80-room hotel to the area, but neighbors opposed it.

Neighbors are worried the developers coming in would change the culture of the community.

"I don't feel good at all. I think in the past, Barrio Logan has been assaulted and insulted," said resident David Heaney. "I'm afraid that they're going to go against the plan again, and there will be some kind of shenanigans where there the City Council will say it's done."

Heaney has been living in his Barrio Logan home since 1998. It sits directly across from the proposed development site on Newton Avenue.

RELATED: Gallery says gentrification is forcing them out of Barrio Logan

Protestors gathered Thursday morning in opposition to the project and future developers who may want to come in.

Last summer, a developer wanted to put a hotel at the location, but due to opposition from the community, it will now be a mixed-use space.

Community members say there is simply no room for a project like a hotel or other large businesses because of the lack of parking in the area. Neighbors must have parking permits to park in the area.

10News reached out to developer Douglas W. Hamm, who initially proposed putting a hotel in the space. He sent a statement that read, in part: "I conveyed that I have zero interest in trying to build a project in their neighborhood that the community is not supportive of, much less opposes. That was the end of it then and remains the case today."