Report: Water usage in the region on the rise 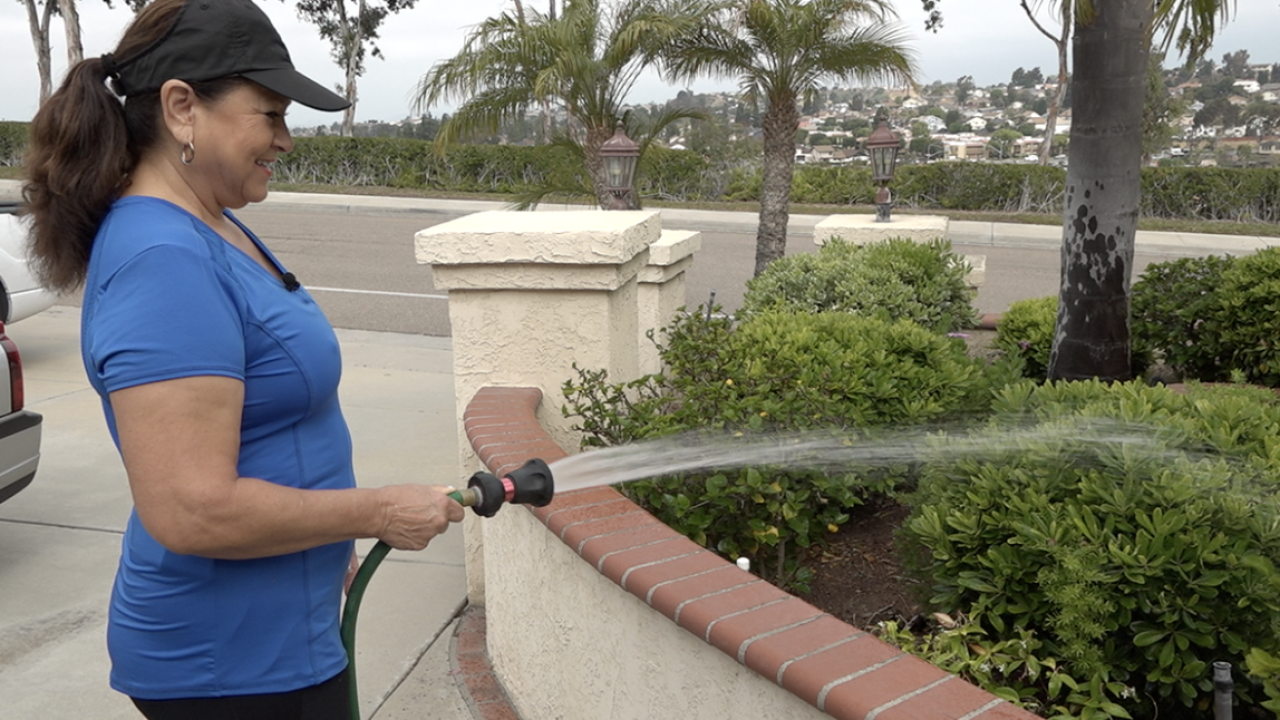 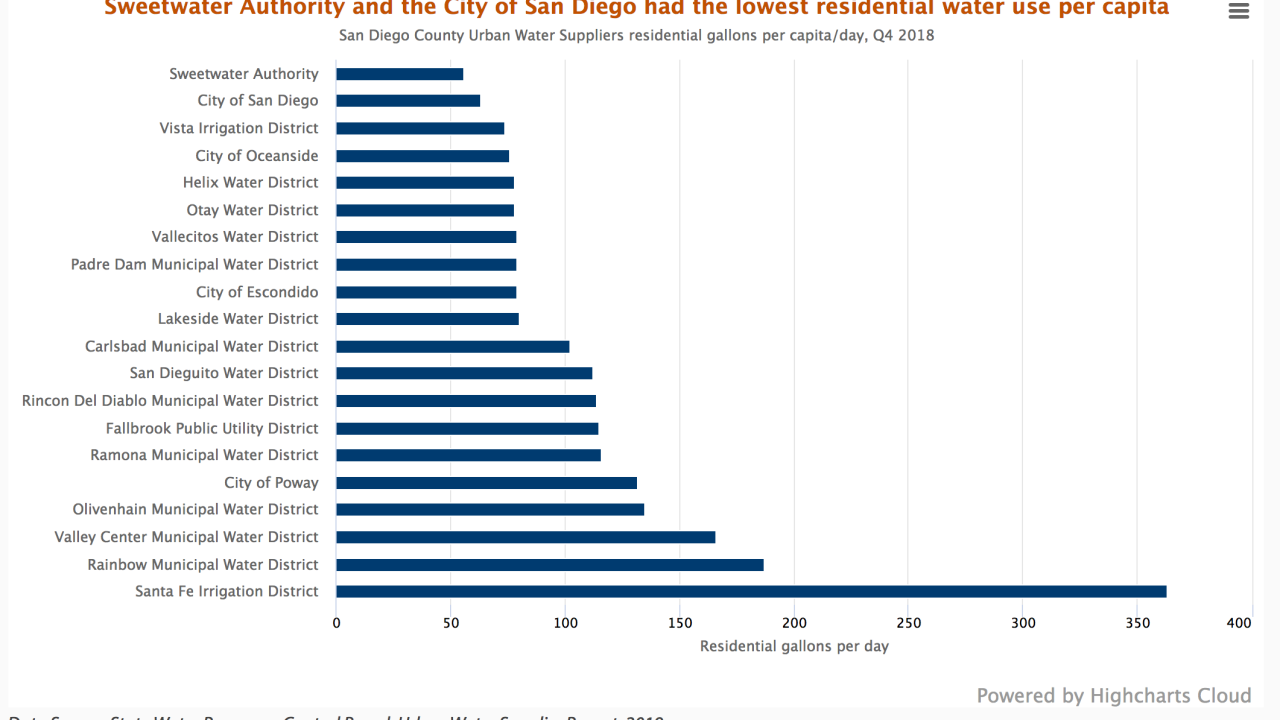 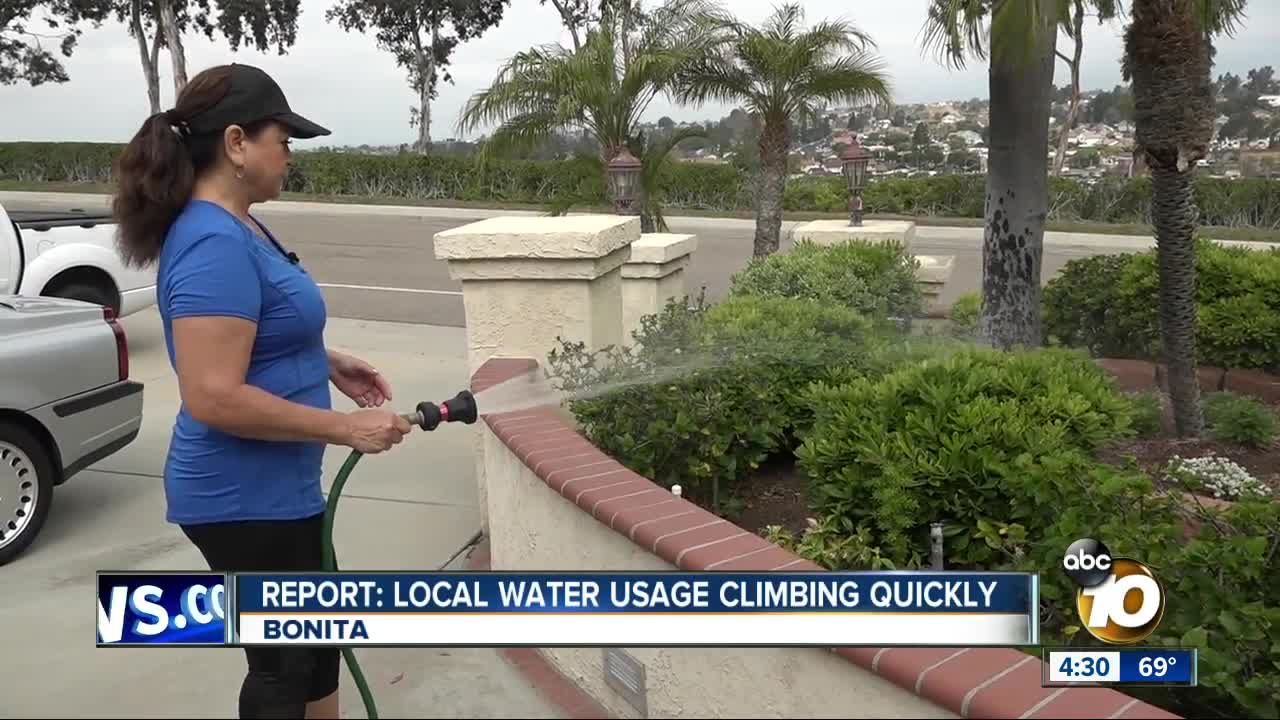 Romy Meraz finds joy in watering her yard at her home in Bonita.

"I know the plants are happy and I'm happy for them," said Meraz.

It was a different story amid the state-mandated restrictions, when she cut her watering to once a week. Years later, she'll be watering four or five times a week this summer.

"I want my garden to be beautiful and green," said Meraz.

Meraz isn't alone. According to a report from the research group Equinox Project, The Nonprofit Institute at University of San Diego, the average daily water consumption increased from 84 gallons per person to 91 gallons per person.

That's an increase of 8.3 percent. It's still shy of the 119 gallons per day in 2007, but the usage has been steadily going up since restrictions were lifted.

"Even with the rains, with climate change ... we know another drought will come along so we need to be prepared. We've done it in the past. It's not a matter of whether we can do it. We can," said Nilmini Silva-Send, a researcher with the Equinox Project.

"When you have large lots with lush vegetation, you use a lot more water," said Silva-Send.

The water districts with the lowest daily usage: are Vista Irrigation District, City of San Diego and at the bottom, Sweetwater Authority, at 56 gallons per person.

The lessons learned from using less water weren't lost on Meraz. She plans to replace parts of her yard with turf and concrete.

"The expense was too much, but I'm hoping the rest of the plants will be green like they used to be," said Meraz.