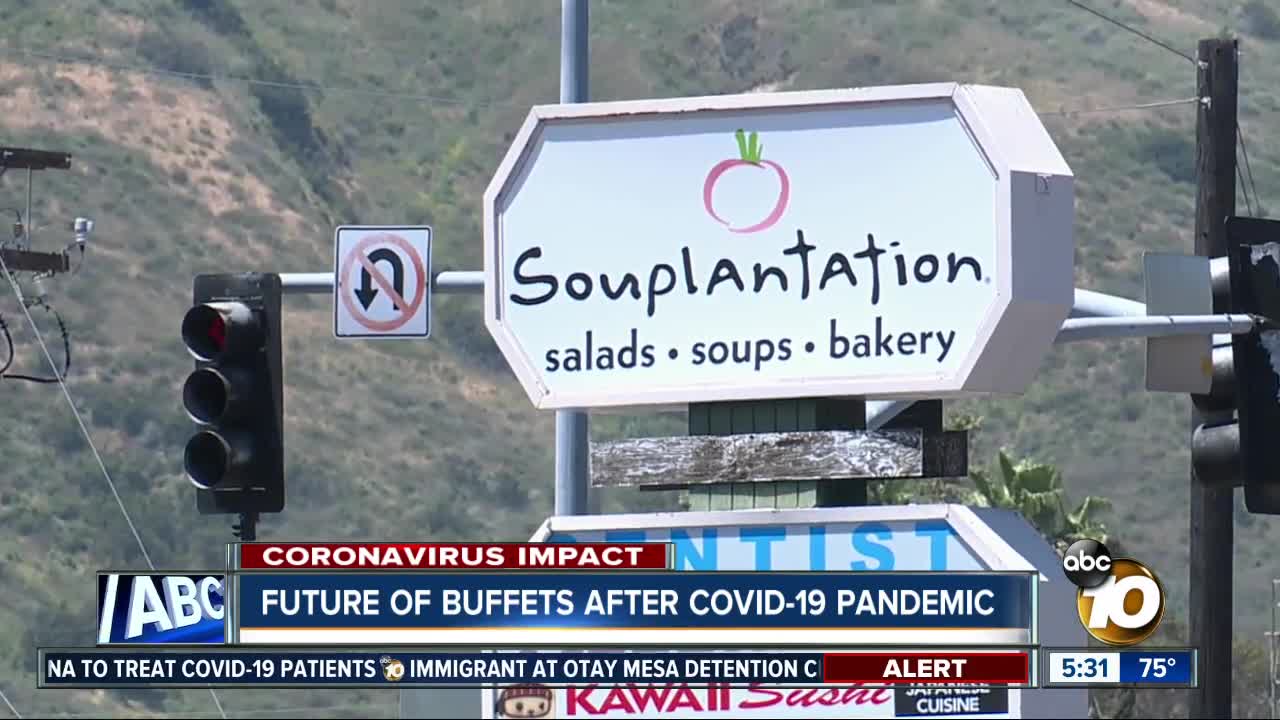 While many restaurants have stayed open for takeout and delivery during the stay at home order, buffet-type businesses like San Diego-based Souplantation have remained closed.

SAN DIEGO (CNS) - Souplantation, the all-you-can eat restaurant chain founded in San Diego 42 years ago, hung on through a 2016 bankruptcy but couldn't survive the coronavirus pandemic.

The company is closing its 97 buffet-style restaurants, 44 of them in California, which will put 4,400 employees out of work, the San Diego Union- Tribune reported Thursday.

Garden Fresh Restaurants, the parent company of Souplantation and Sweet Tomatoes, had closed the eateries in mid-March due to the spread of COVID- 19, characterizing the move as temporary.

"The FDA had previously put out recommendations that included discontinuing self-serve stations, like self-serve beverages in fast food, but they specifically talked about salad bars and buffets," Garden Fresh CEO John Haywood told the newspaper. "The regulations are understandable, but unfortunately, it makes it very difficult to reopen. And I'm not sure the health departments are ever going to allow it."

The serve-yourself model of the Souplantation chain, which grew out of a single location that opened in San Diego in 1978, resulted in steep losses in business as the coronavirus crisis rapidly worsened in February and March, said Robert Allbritton, chairman of Washington, D.C.-based Perpetual Capital Partners, a private investment firm that bought the company following the 2016 bankruptcy filing.

"We spent two years researching and trying to improve things and actually got the business turned around," he said. "We were growing the number of guests and were in the process of renovating the restaurants with new fixtures, carpeting (and) signage as late as January. We felt great about it. But I've got to tell you, when the virus hit, we went from 100% to 70 to 30 to 10 % that fast, before the restaurants closed down and the company ran out of money in one week."