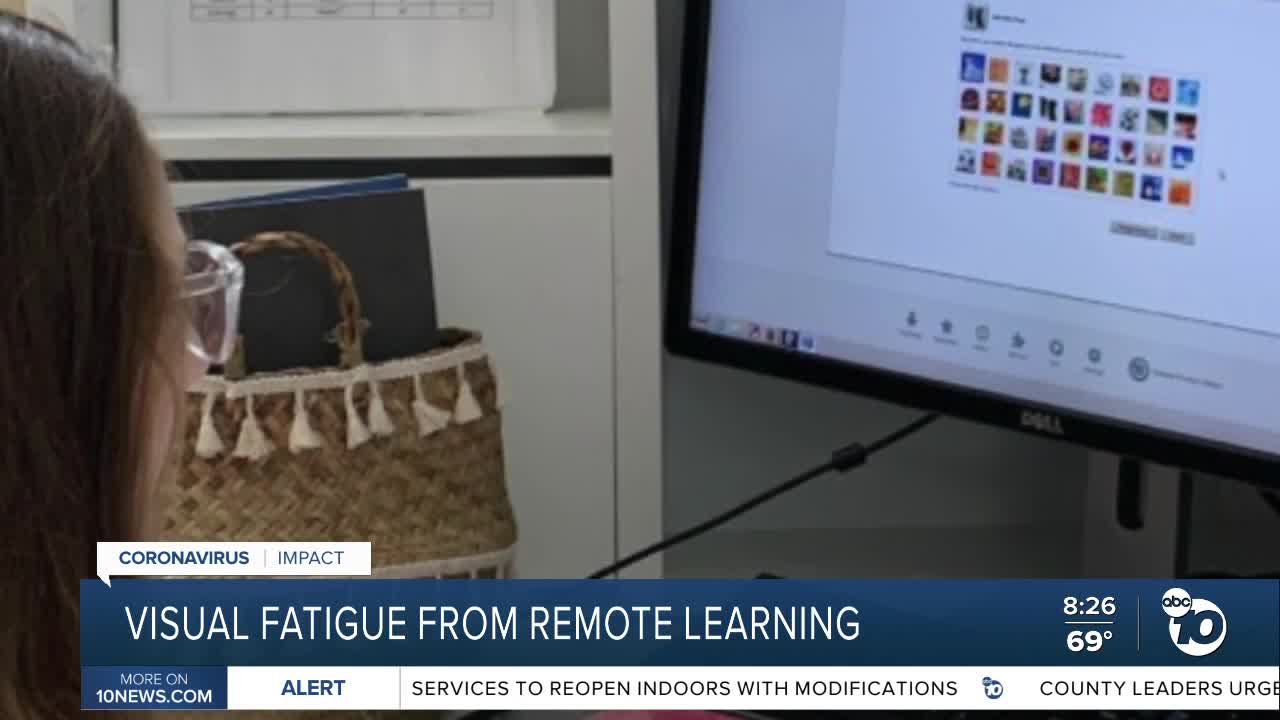 A Jamul mother is worried the remote learning designed to keep her daughter safe during the pandemic, is making her sick. 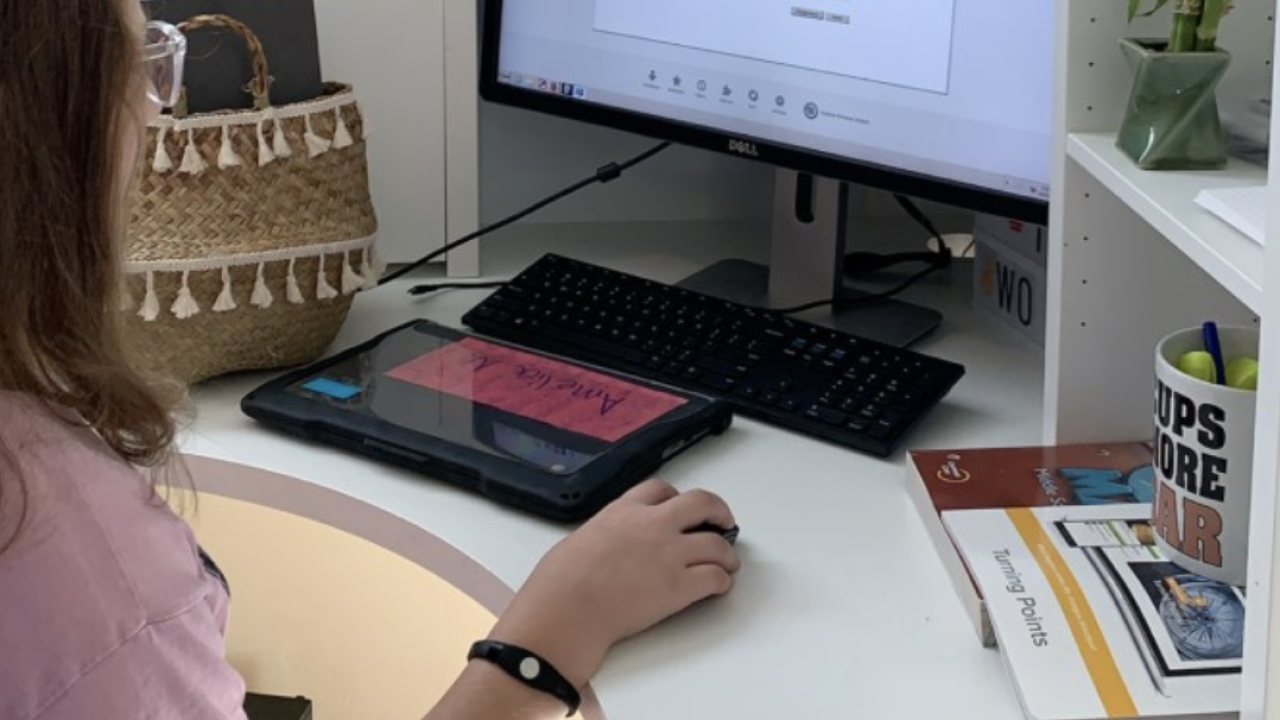 JAMUL, Calif. (KGTV) - A Jamul mother is worried the remote learning designed to keep her daughter safe during the pandemic, is making her sick.

When 11-year-old Amelia started the school year with distance learning in mid-August, her daily computer screen time went from one to two hours, to seven to eight hours. Her mother Renee says Amelia's school has since offered a hybird option. Now Amerila does remote learning three days a week. Around the beginning of October, Renee says her daughter started complaining about her eyes.

"She started to come to me with, 'My eyes are tired. I want to scratch my eyes,'" said Renee.

Within the past week, those symptoms have gotten worse.

"She started saying she was lightheaded, uncomfortable in front of the screen. Started feeling constant headaches," said Renee.

"Found out a lot of community members are facing the same challenges with their children," said Renee.

Locally and across the county, as school districts have turned to remote learning and all that uninterrupted screen time, complaints of visual fatigue have continued to grow.

"It's frustrating. I feel helpless. I also want her to be healthy and stay focused. I also don't her to fall behind. She loves school," said Renee.

Dr. David Granet, Professor of Ophthalmology & Pediatrics, UC San Diego School of Medicine, offered this advice when it comes to remote learning:
"Health problems connected with spending many hours at a time or in a day looking at a computer monitor or TV screen is a global issue, especially where schools are currently shut down and students are spending class hours online. There are immediate and longer-term effects.

First, there is the issue of eyestrain. Looking at something up close, like a monitor, requires effort. The muscles of the eyes have to work hard to focus. Younger people may have a greater ability to do that, but it still takes effort, which can lead to headaches, blurry vision when the muscles tire, or dry and itchy eyes because you’re not blinking enough.

Then there is the issue of how you’re looking at the screen. Are you hunched over a laptop? Hanging your head out and forward puts a great strain on the neck and back. It creates posture issues.

A simple part of the remedy involves the 20-20-20 rule: After 20 minutes of looking at a screen, look at something at least 20 feet away for at least 20 seconds. That gives your eyes time to relax and recover. This is one of the times when we want kids to gaze outside the window! There are many ways to remember to do this, such as setting a timer or bookmarking ahead in an e-book.

Kids need to get up and away from screens to help prevent longer-term issues. For example, there is a growing epidemic of myopia, near-sightedness caused by too many years spent staring at close objects, like computer screens. It’s happening around the world.