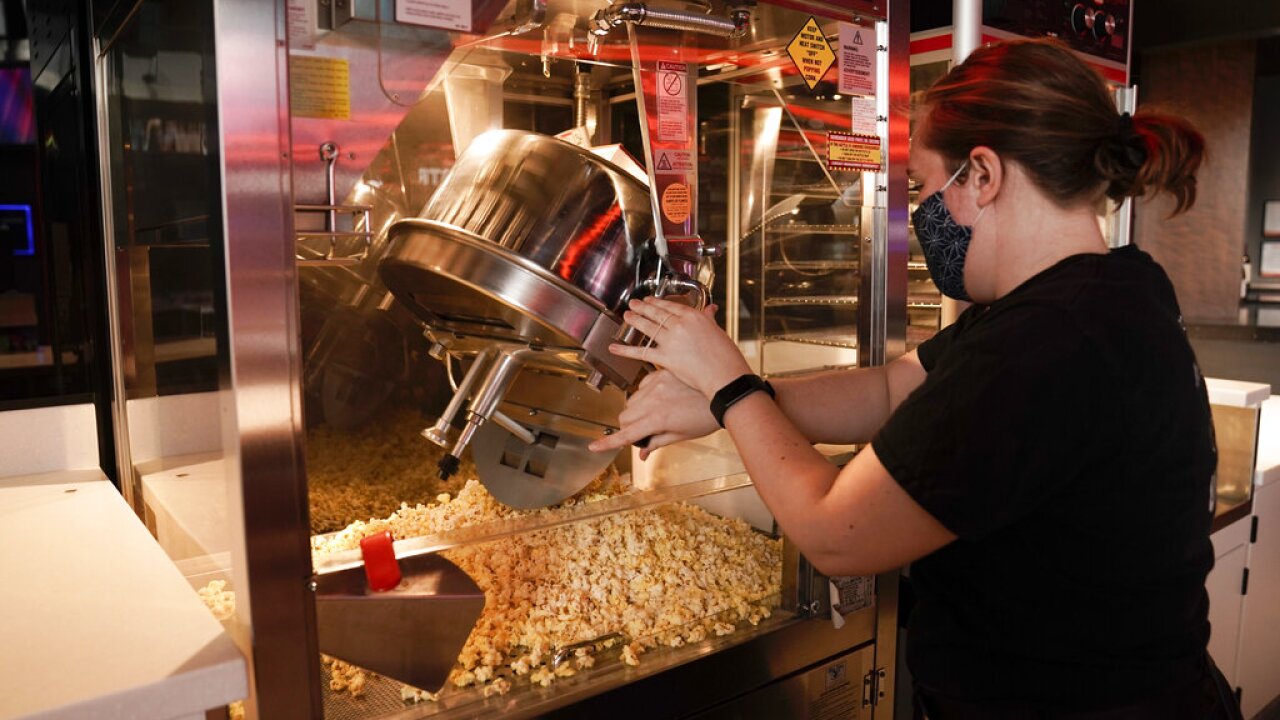 (Copyright 2021 The Associated Press. All rights reserved. This material may not be published, broadcast, rewritten or redistributed.)
Jae C. Hong/AP
An employee, who declined to give her name, makes popcorn in preparation for reopening at a Regal move theater in Irvine, Calif., Tuesday, Sept. 8, 2020. Gov. Gavin Newsom relaxed coronavirus restrictions in five more counties on Tuesday, clearing the way for restaurants, movie theaters, gyms and churches to resume indoor activities with fewer people and other modifications. (AP Photo/Jae C. Hong)

SAN DIEGO (CNS) - Regal Cinemas might be closing all 543 of its theaters in the United States as early as this week due to continued revenue losses from the coronavirus pandemic.

``We can confirm we are considering the temporary closure of our U.K. and US cinemas, but a final decision has not yet been reached. Once a decision has been made we will update all staff and customers as soon as we can,'' the theater chain's parent company Cineworld tweeted on Sunday.

A report in Variety the previous day, which cited an unidentified source, said the company would be closing its theatres in the United States and the United Kingdom as early as this week.

Regal is the second-largest theater chain in the United States after AMC.

The chain has eight locations in San Diego County. Indoor movie theaters are currently permitted at reduced capacity in the county, and with other protocols in place to prevent the spread of COVID-19.

Variety's report came one day after it was announced that the release of the latest James Bond film, ``No Time to Die,'' would be postponed until April 2021. Large chains such as Regal count on blockbusters like the Bond films to sustain operations.