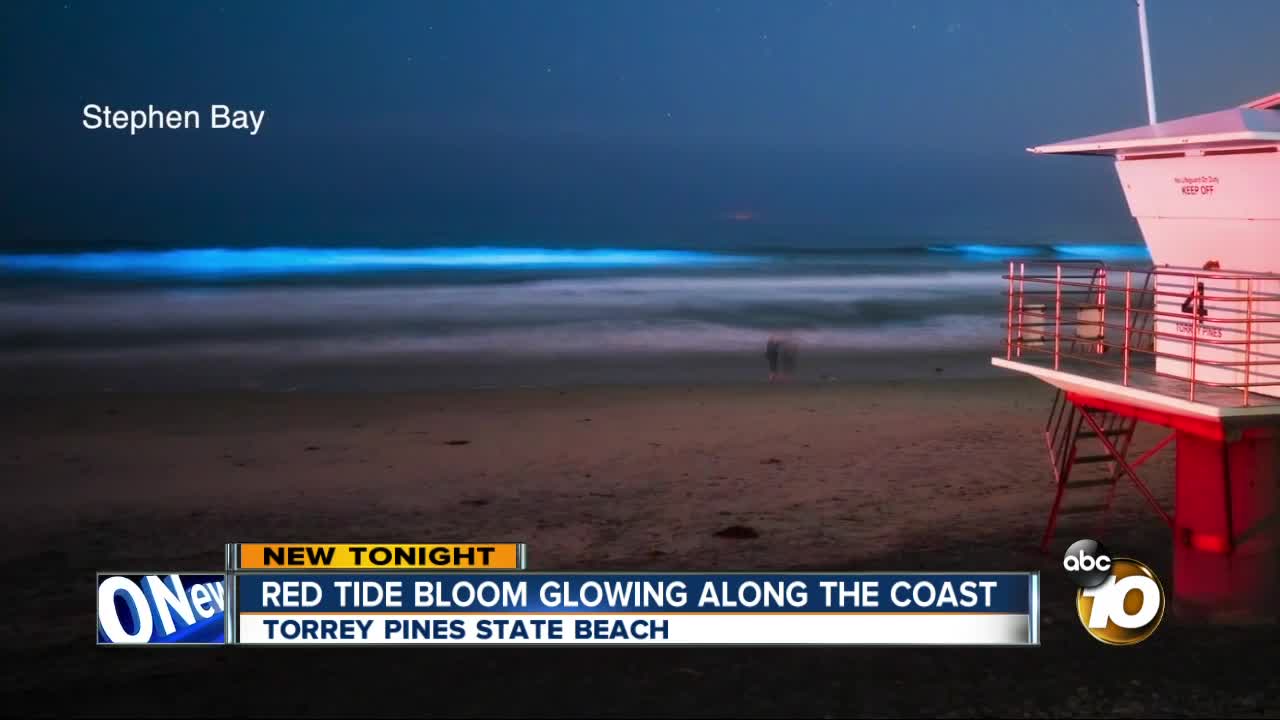 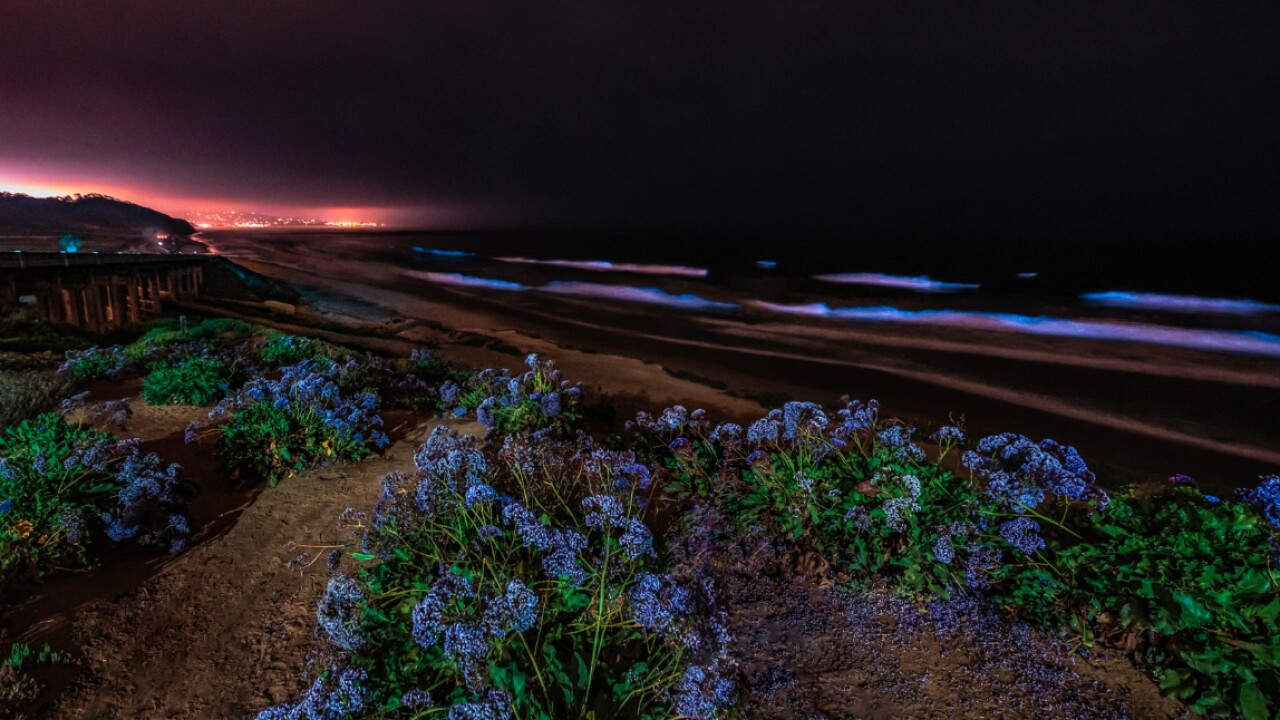 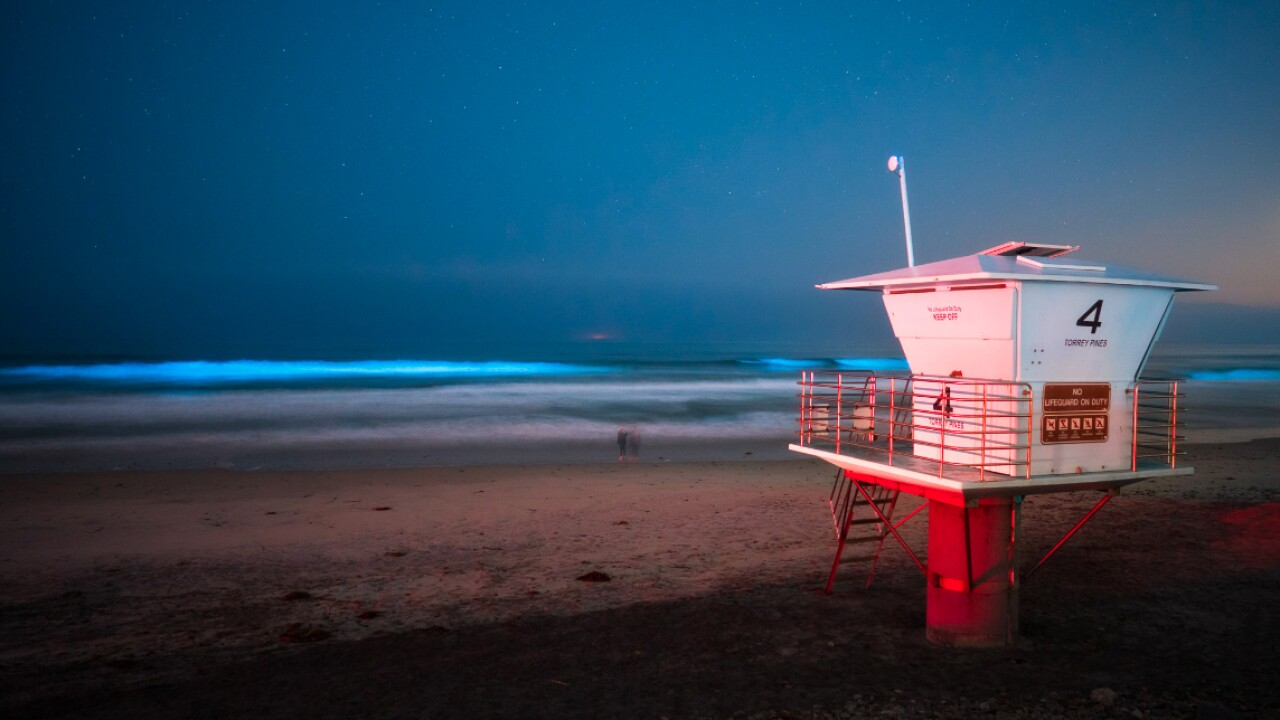 SAN DIEGO (KGTV) -- Photos captured along the shores of San Diego show the return of a bioluminescent glow cause by a phenomenon known as the red tide.

Pictures posted on social media show the eerie neon glow. According to several San Diego photographers who captured the phenomenon, the bioluminescence was captured along the shores of La Jolla and Torrey Pines State Beach Wednesday night.

The glow is created by an algae bloom called the red tide.

The algae bloom is filled with phytoplankton called "dinoflagellates.” The organisms react with bioluminescence when jostled by the moving water.

"Where the wave crashes onto the shore, as it rolls over that’s where the turbulence is highest," said Clarissa Anderson at The Scripps Instutition of Oceanography. "That’s why those are really bright stripes of light. We don’t know the exact smoking gun yet. It’s a certain set of environmental conditions."

According to scientists, the blue glow can be created by stepping in the water or by the crash of waves.

It’s unclear exactly how long this year’s red tide will last; however, an algae bloom in September of 2013 lasted a week and a bloom in October of 2011 lasted a month, researchers say.

According to the Scripps Institution of Oceanography, the red color of the tide is due to the high number of organisms in the water.