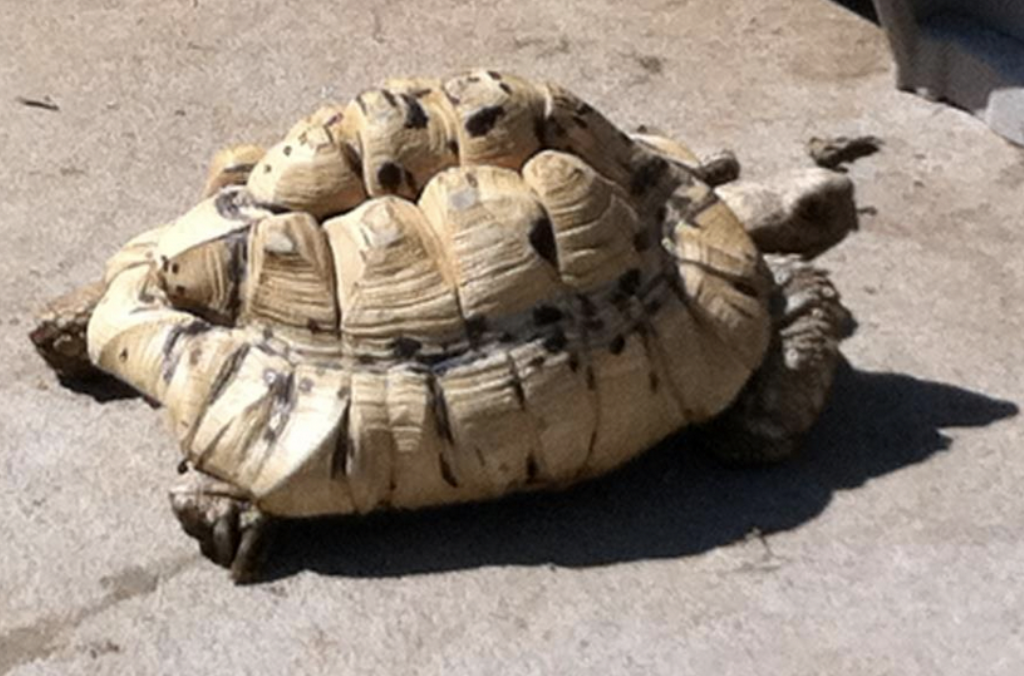 SANTEE, Calif. (KGTV) - A rare and beloved family tortoise disappeared from a Santee backyard, possibly grabbed by a thief.

Shelly, a 20-year-old leopard tortoise, disappeared about three weeks ago. Clark and her husband returned home from a trip and opened the sliding door but Shelly never came in. Days before returning, Clark says her daughter put down some lettuce on the backyard patio. The couple discovered it half-eaten, which was odd. Usually, Shelly comes back and finishes it.

"We checked all along the fence and saw no gaps," said Clark, who believes it all adds up to a thief.

The foot-long, ten-pound tortoise is unique in its yellow-and-black coloring and origins.

"She was one of the last South Africa tortoises to be imported into the United States," said Clark.

Clark purchased Shelly at a local pet store before a 2001 ban on the importing of leopard tortoises to the U.S. They were banned because of a certain tick the tortoises may carry.

The tortoise, native to Africa, is sensitive to cold temperatures.

"I'm just worried about not being kept warm. We bring her inside when it's cold. We use special lights and heat to keep her warm," said Clark.

She made a plea to the person who took Shelly.

"Please bring her home to us. She's not just a tortoise. She's a family member. We really miss her a lot," said Clark.

If you have any information on Shelly, email 10News at Tips@10news.com.