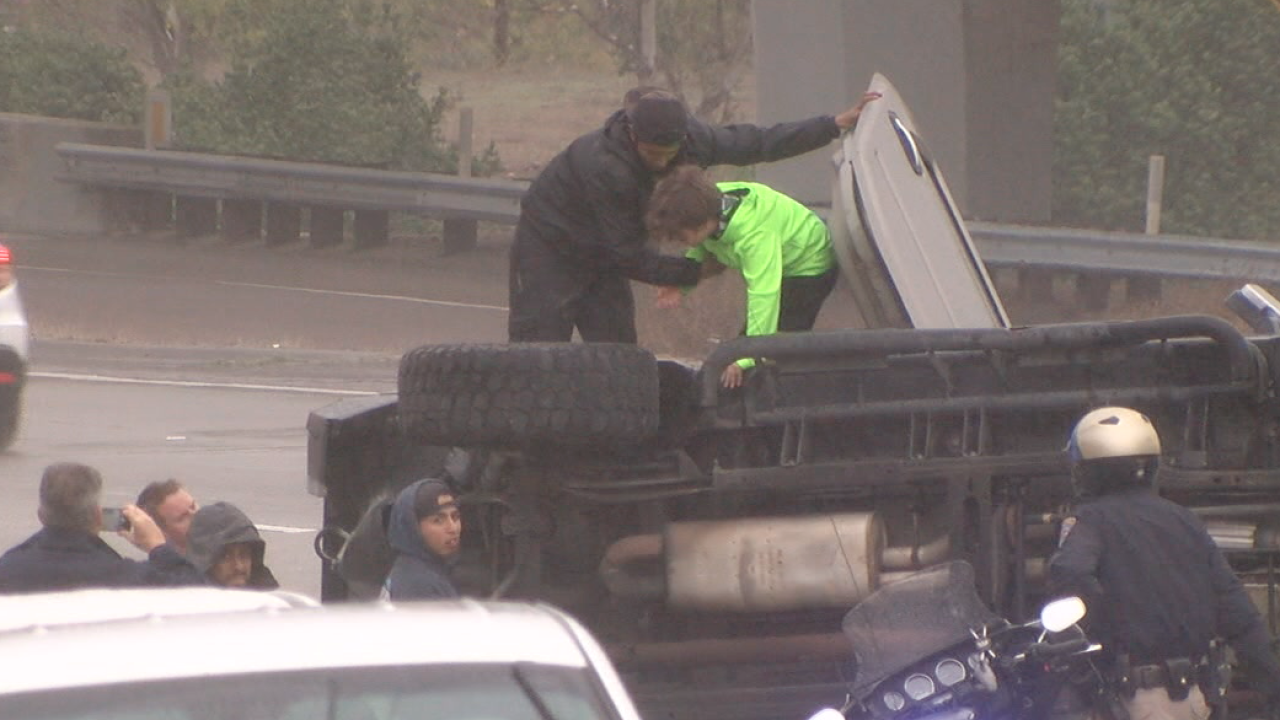 Copyright 2018 Scripps Media, Inc. All rights reserved. This material may not be published, broadcast, rewritten, or redistributed.
Steve Reusch 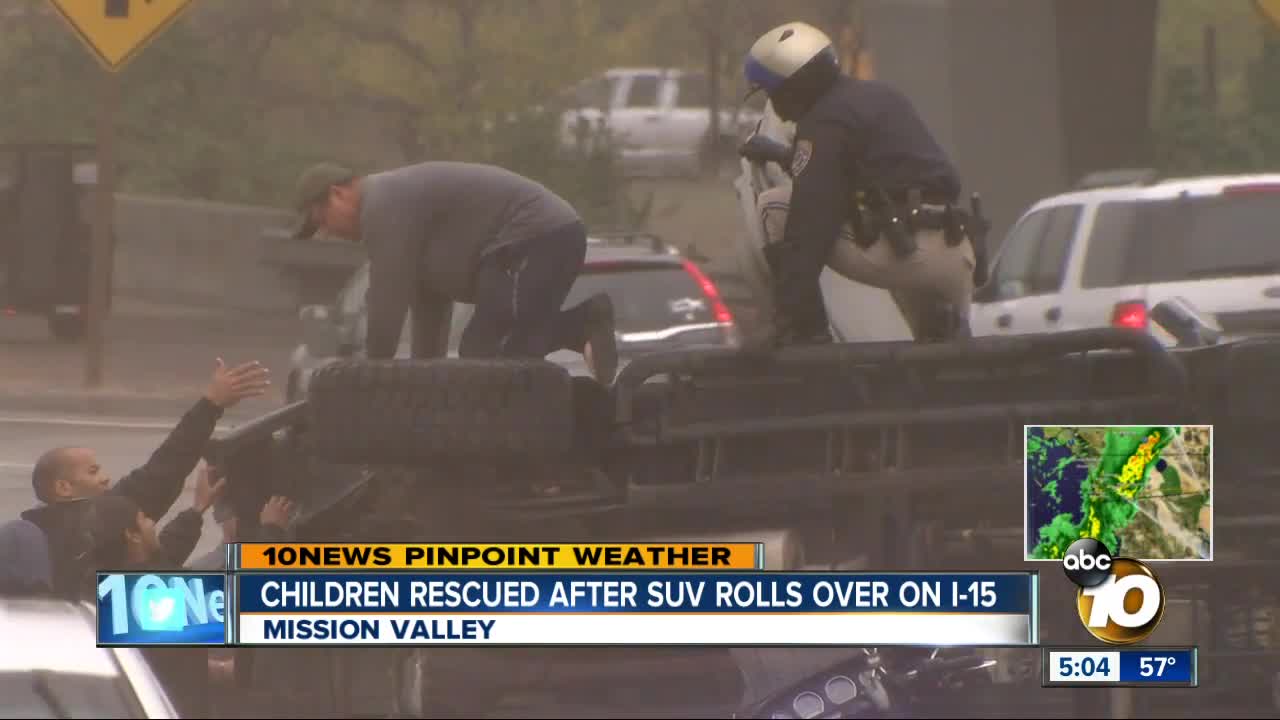 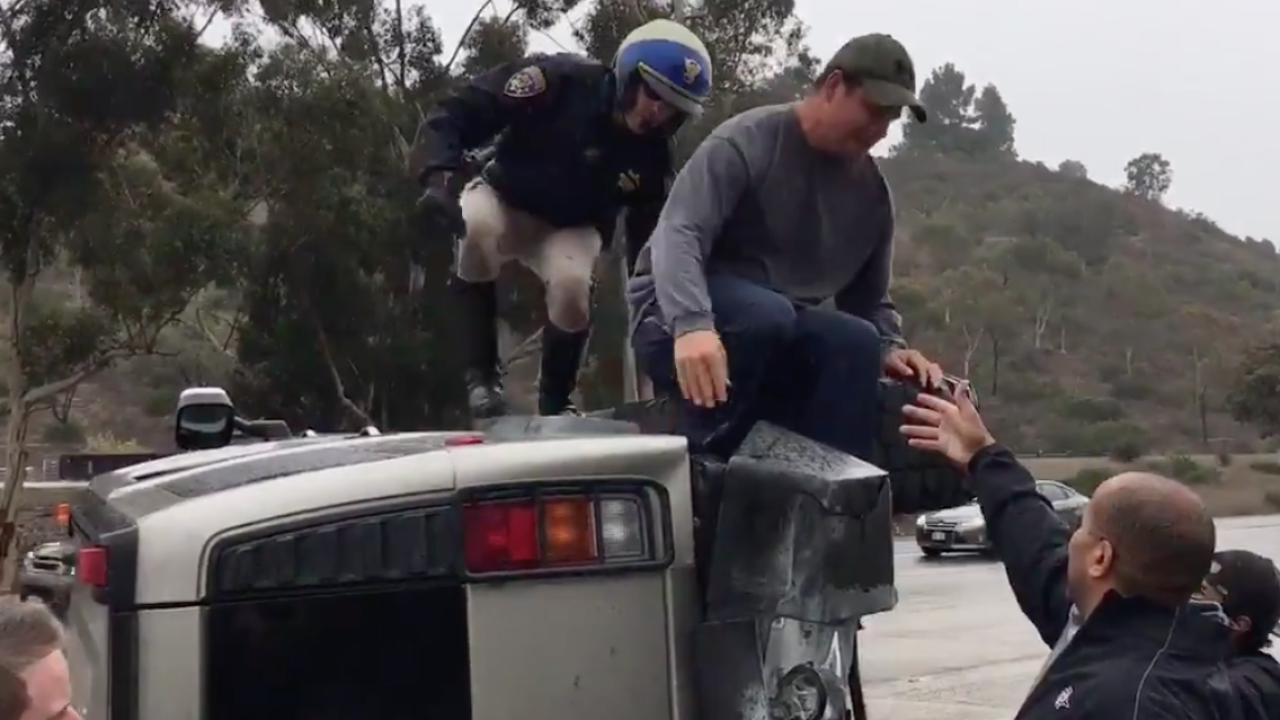 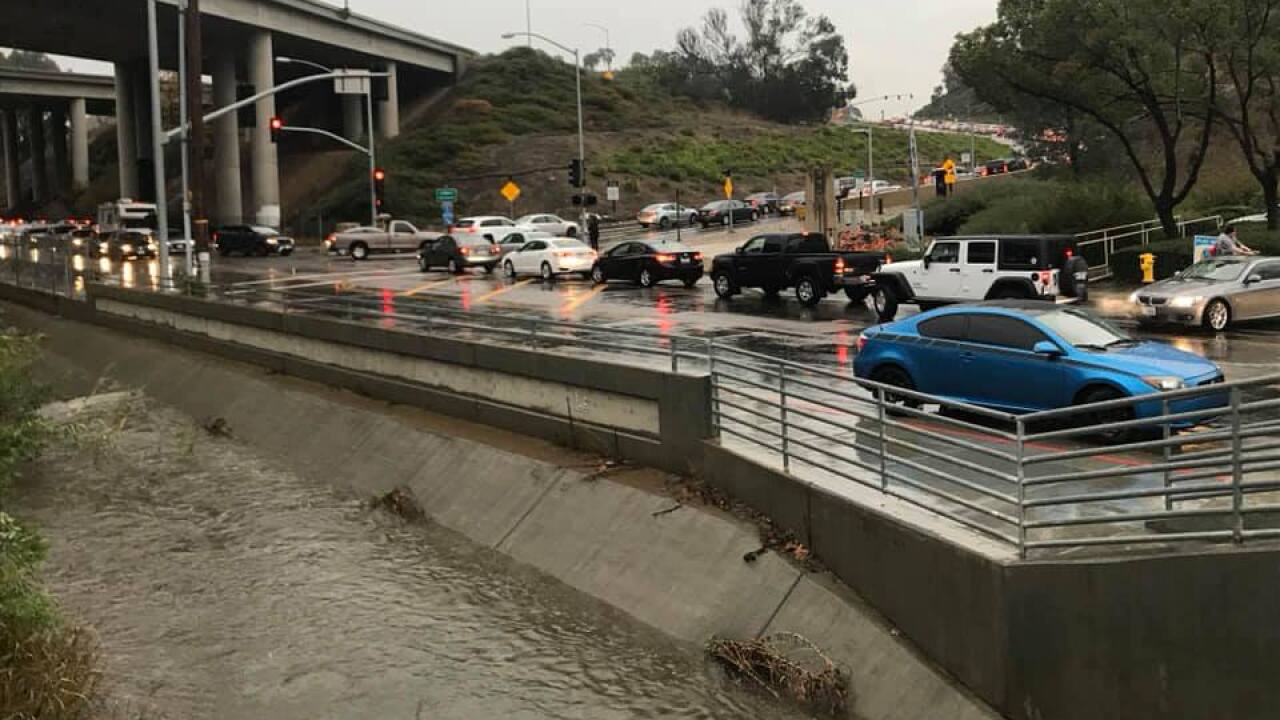 SAN DIEGO (KGTV) -- Rain created slick streets Wednesday afternoon, slowing traffic to a standstill in some areas and causing crashes in others.

Video captured by 10News shows children and an adult climbing out of a vehicle on northbound Interstate 15 near Interstate 8 after their SUV overturned.

Good Samaritans and a California Highway Patrol motorcycle officer helped rescue two boys and a man from the vehicle. CHP cautioned drivers to slow down and pay attention as rain continued to drench the county.

GET YOUR FULL FORECAST

Good samaritans and a CHP Motorcycle Officer help rescue two boys and a man from an overturned SUV on the rain slicked Northbound 15 just past the 8. Appear to be okay. CHP says remember to slow down in thes conditions. @10News pic.twitter.com/6p9ygqiqsd

In Sorrento Valley, a photo posted on the 10News Weather Watchers Facebook page showed streets beginning to flood along Roselle Street near Dunhill Street. The debris-filled Peñasquitos Creek storm channel beneath the Sorrento Valley transit station was rising, according to Shelley Gilson-Kilburn.

Caltrans in San Bernardino County also tweeted that snow was falling in Big Bear and urged those driving in the county to use caution. Caltrans tweeted out later in the day that rain was falling in the area.

The National Weather Service is forecasting rain throughout the day Thursday.