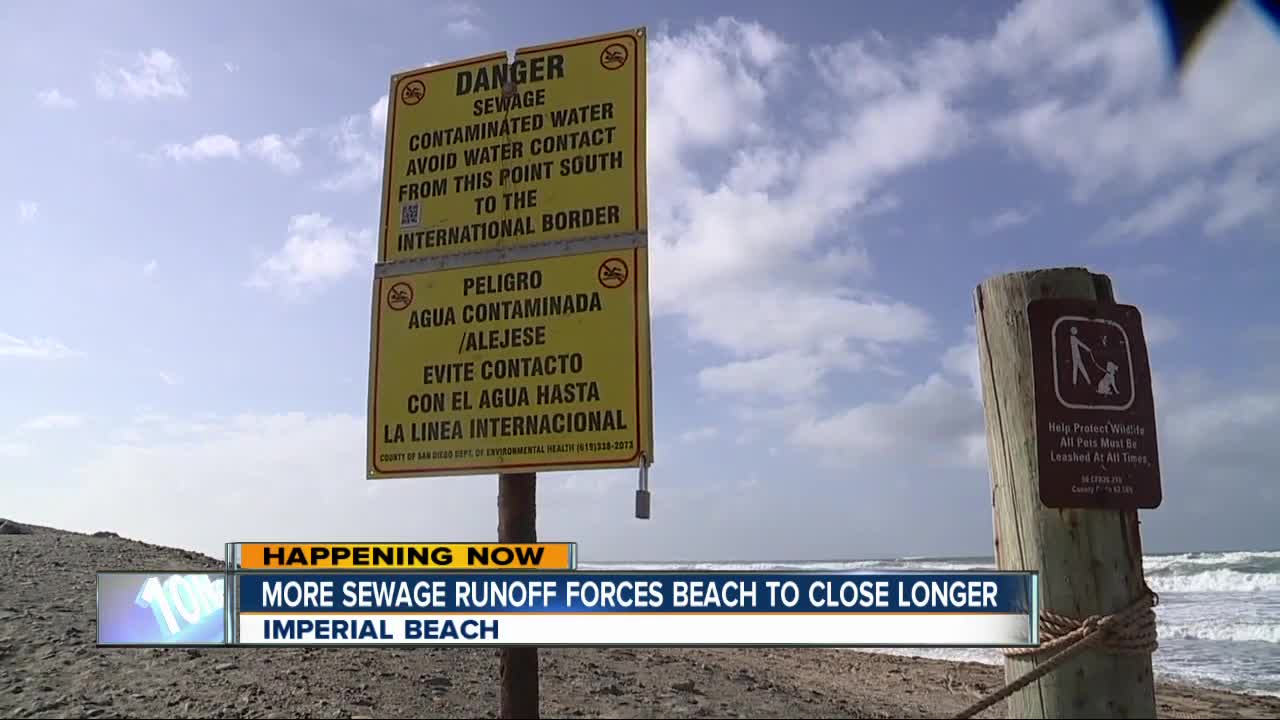 SAN DIEGO (CNS) - Although the storm system that brought recent rainfall has left the region, the San Diego County Department of Environmental Health Wednesday urged the public to avoid water contact at all coastal beaches and bays.

Urban runoff may contain large amounts of bacteria from a variety of sources, including animal waste, soil and decomposing vegetation. Bacteria levels can remain elevated after a rainstorm depending on the intensity of the storm, the volume of runoff and ocean conditions.

Water contact such as swimming, surfing and diving should be avoided for 72 hours following a downpour.

A beach closure will remain in place for the ocean shoreline of Tijuana Slough National Wildlife Refuge and Border Field State Park, including Mission Bay and San Diego Bay, due to sewage-contaminated flows from the Tijuana River entering the United States.

The water contact closure area includes all beaches from the south end of Seacoast Drive to the international border. Beach closure signs will remain in place until ocean water sampling results meet state health standards. Some access roads and trails within the Tijuana River valley may also be affected by sewage-impacted runoff, and should be avoided if flooded.