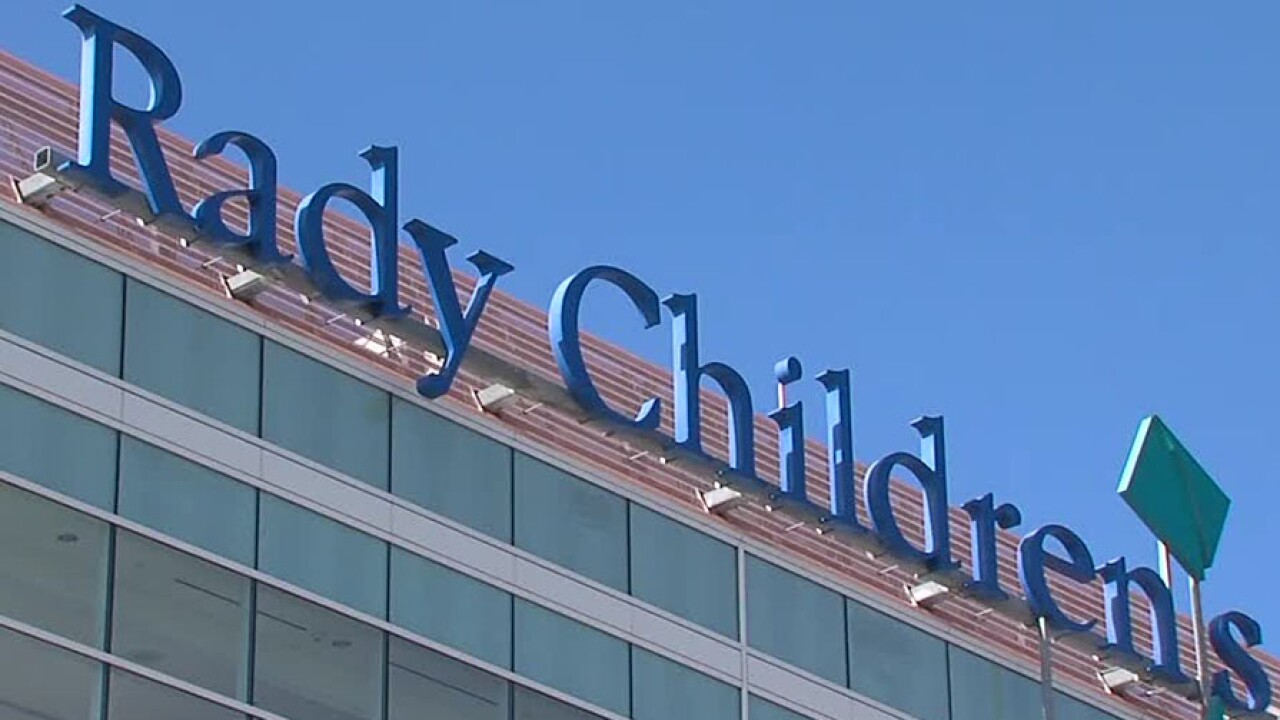 SAN DIEGO (KGTV) -- Security was increased at Rady Children’s Hospital after an employee allegedly threatened to open fire in the facility and burn it down.

According to a Gun Violence Emergency Protective Order obtained by 10News, San Diego police officers went to Sioson’s home on Feb. 7 after receiving an emergency order to confiscate weapons.

The document stated Sioson owns 10 firearms, but it is unclear how many of those weapons were taken by police on Feb. 7. According to the document, it was noted that only firearms and ammunition were found at the home.

Investigators told 10News they were contacted by Rady Children’s Hospital’s human resources department regarding an incident in January in which Sioson allegedly threatened to “shoot up the hospital and come burn it down.”

According to police, Sioson was cooperative when officers arrived at his home and he was taken to a mental health facility for an evaluation.

While a person can only be kept up to 72 hours, they can choose to stay longer. As of now, it is unclear where Sioson is and no arrest warrant has been issued.

10News learned the hospital filed a restraining order against Sioson, with a hearing scheduled for early march.

The Gun Violence Emergency Protective Order expires Feb. 28, unless a judge decides to extend it.

At Rady Children’s Hospital-San Diego, the safety of our patients, family and staff is always our top priority.

We have taken steps to assure safety for patients, staff and visitors, including working closely with law enforcement.