Colleges will be conducting classes virtually this fall 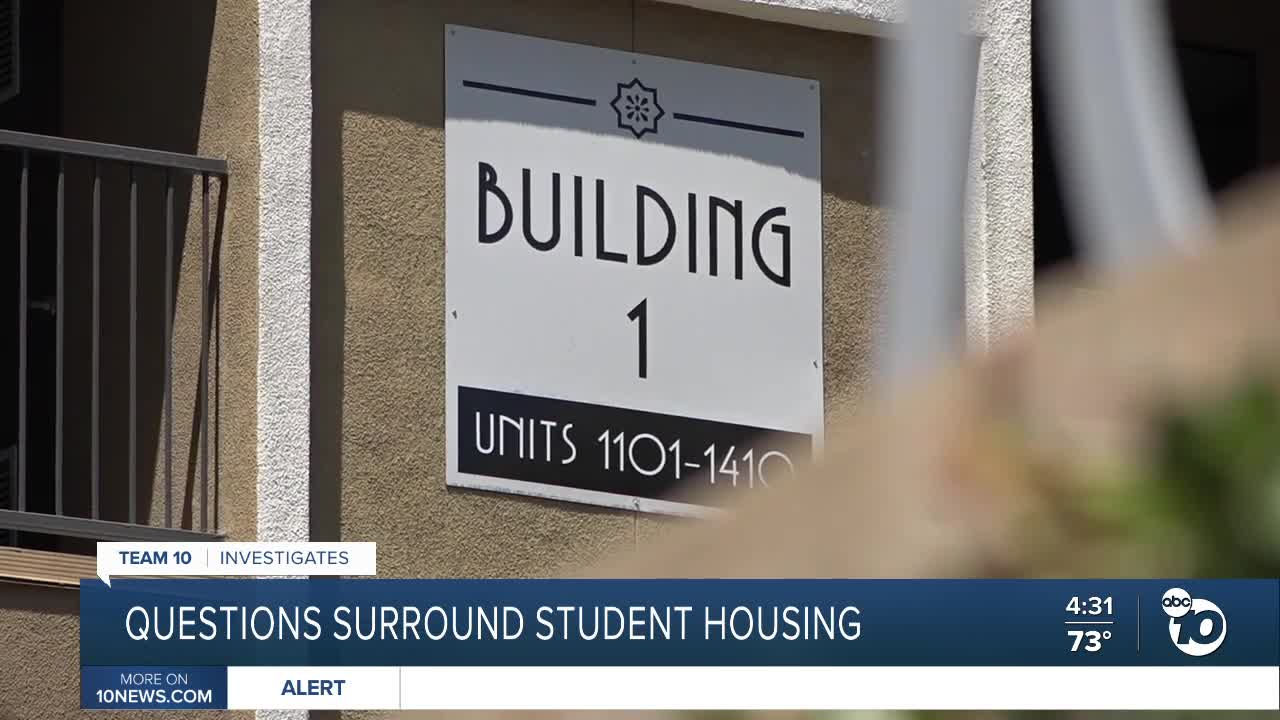 Students are now struggling with what to do about apartment leases as colleges move to distance learning. SAN DIEGO (KGTV) -- With distance learning and the fall semester approaching, college students are struggling with what to do about apartments they are no longer moving into.

Nicole Ah Mow lives on the Big Island in Hawaii. Ah Mow was excited to help her daughter move to San Diego, as she prepared to attend San Diego State University as a third- year transfer.

“We heard that a lot of these apartments get filled up pretty quickly, so we wanted to get in on it quite early,” Ah Mow said.

They found 5025 Apartments near the campus and signed a lease to move in later this month. As the pandemic got worse and universities started weighing between in-person or virtual learning, Ah Mow asked the complex if there was any flexibility.

“Basically [they] just said at this time, there's no other option,” Ah Mow said.

“Everyone is very stressed out,” said Erin Rounds, managing attorney with the Tenants Legal Center.

She said they have been flooded with calls since the pandemic began.

“Tenants do still have rights and they have enhanced rights right now,” Rounds said. “Landlords need to be understanding and sympathetic and follow the law.”

She said its critical families go over their contract. Rounds said there are limited circumstances where you can break a lease. “The sooner you let them know, the better that situation's going to be,” Rounds said.

She advised anyone looking to break a lease to contact an attorney.

In Ah Mow’s situation, emails from the assistant community manager in early July said they are "unable to terminate [her] lease."

In late July, the apartment complex managers gave her three options: move in and pay the rent, allow the complex to find someone to take over her daughter’s spot and pay the fees, or Ah Mow needed to find someone herself and pay a $350 reassignment fee.

“I’m stuck between a rock and a hard place,” she said.

Not knowing the area, she opted for 5025 Apartments to find someone. However, she told Team 10 she had to pay close to $2,000 upfront including more than $1,500 in rent difference.

She understood some of the fees, but for her “to pay the difference, I think that’s really harsh on their side.”

Team 10 called and sent several emails to 5025 Apartment managers. Nobody would answer any questions.

“A lot of people are really having hard times and I would think some students couldn't even afford to go back to college if their parents had lost their jobs or something,” Ah Mow said.