Mary Rose Peralta had been principal at the school since 2013. 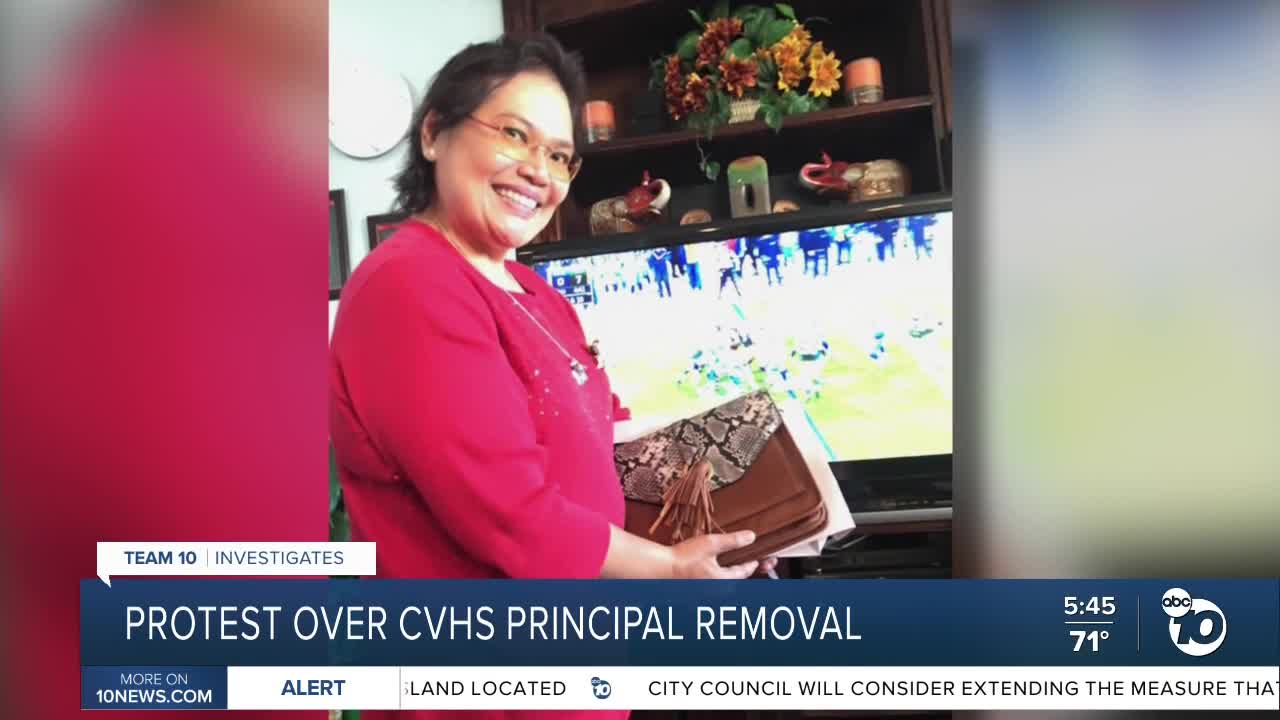 MaryRose Peralta was principal at CVHS since 2013. 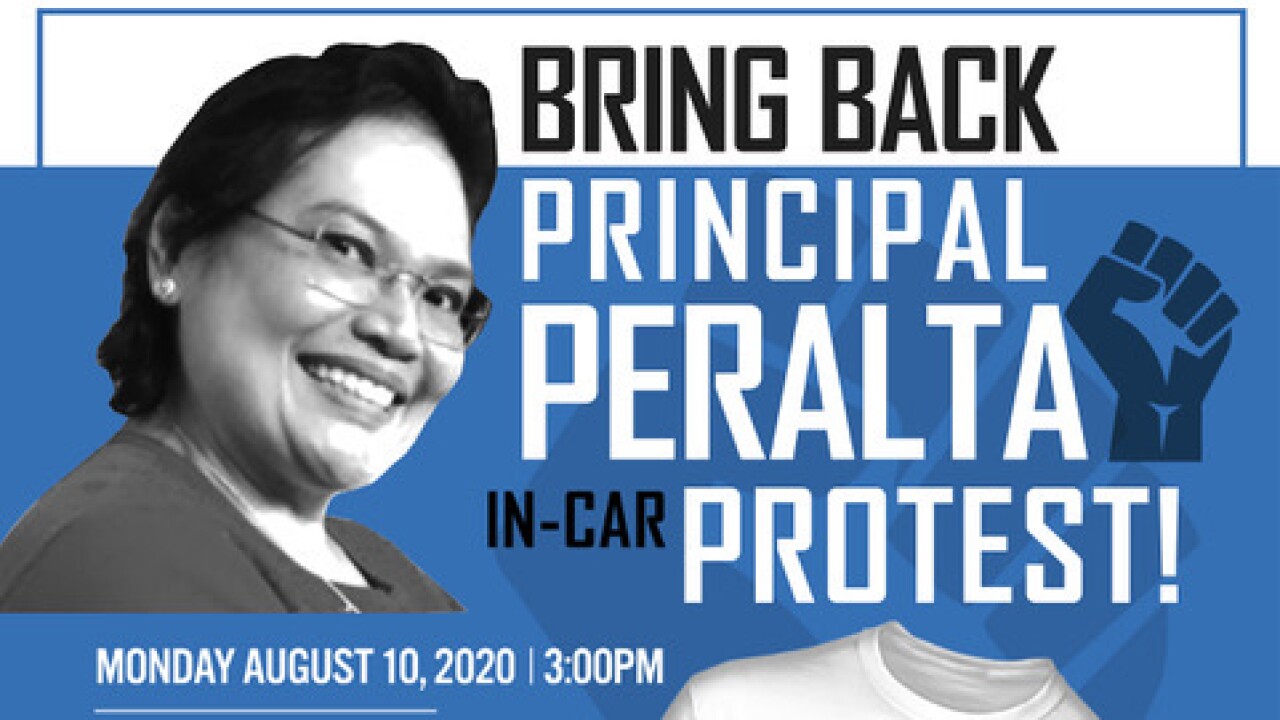 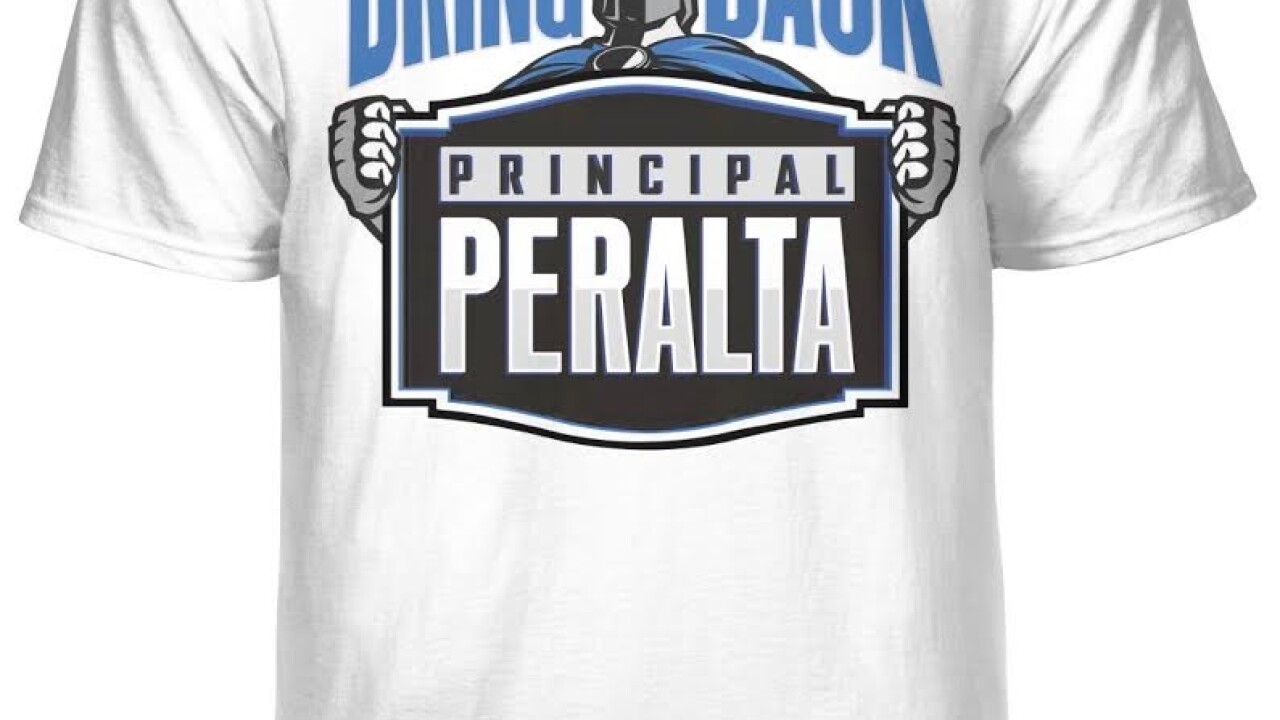 CHULA VISTA, Calif. (KGTV) -- Protests are planned over the demotion of a popular South Bay principal.

Mary Rose Peralta had been principal of Chula Vista High School since 2013. Viktoria Camacho was one of her former students.

“She was a great leader. She was one to walk down the hallways with a smile on her face,” Camacho said.

“My freshman year of high school was 2013 and that was actually Ms. Peralta’s first year as principal. We always kind of had that ‘we started high school together’ journey,” Camacho said.

Peralta was removed from her position at the end of the school year. She is now the principal at Chula Vista Middle School.

Supporters, as well as a petition online, said her demotion had to do with giving her students a “creative step for graduation to give class of 2020 a warm goodbye.”

ABC 10News covered the event, where the names of all 642 graduating seniors were painted on the field.

A district spokesperson would not confirm that graduation had anything to do with Peralta’s demotion.

“Ms. Peralta began the school year as the principal at Chula Vista Middle School. Any information behind the reason for that is a personnel matter, and as you know we can’t share specifics about that,” spokesperson Manny Rubio wrote to Team 10.

Her removal came just days after Dr. Moises Aguirre became acting superintendent of the Sweetwater Union High School District. He replaced Dr. Karen Janney after she was placed on paid administrative leave amid an investigation into the district’s multi-million dollar budget shortfall.

“Especially in the middle of a pandemic, when students need consistency, this shift really had an impact on the community,” Camacho said.

Camacho wrote an email to Dr. Aguirre in early July about Peralta’s demotion. He did not address the situation, writing instead that he had “every confidence that Mr. Alcala will serve the Chula Vista High School community in the same open and welcoming manner he did at Chula Vista Middle.”

Camacho said her criticism of the district’s decision has nothing to do with the new principal, but emphasized Ms. Peralta should have never been removed in the first place.

“If you ask anyone, she was a star. She was probably one of the best things to happen at Chula Vista High School,” added Aaron Barrera, another former student.

Barrera and Camacho are the driving forces behind the petition online, demanding Peralta get her job back. As of Tuesday afternoon, it had more than 7,800 signatures.

“It's quite the injustice, it's quite unfair, and it's plain out wrong,” said Barrera.

Peralta has not spoken publicly about her demotion.

On Monday August 10th, an in-car protest will take place at the district office with her supporters, including educators, families, and leaders of the local Filipino community. At least 200 cars are expected to attend.