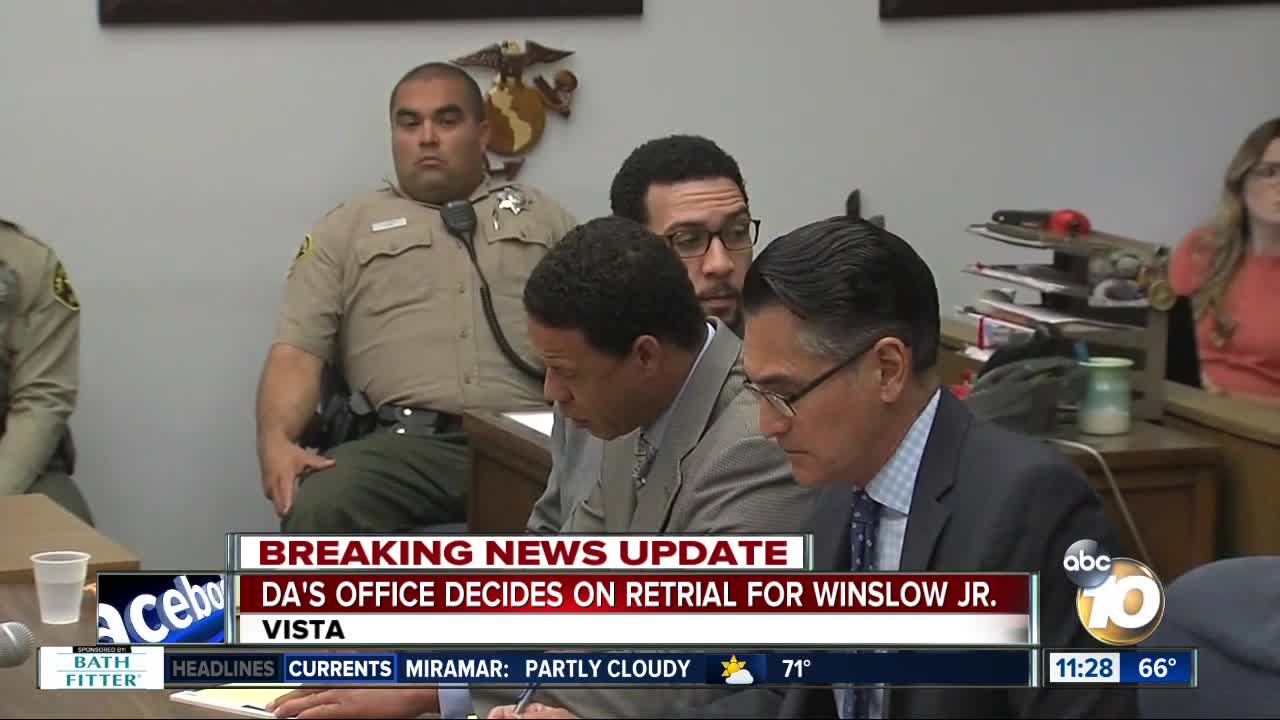 The trial will start in September. 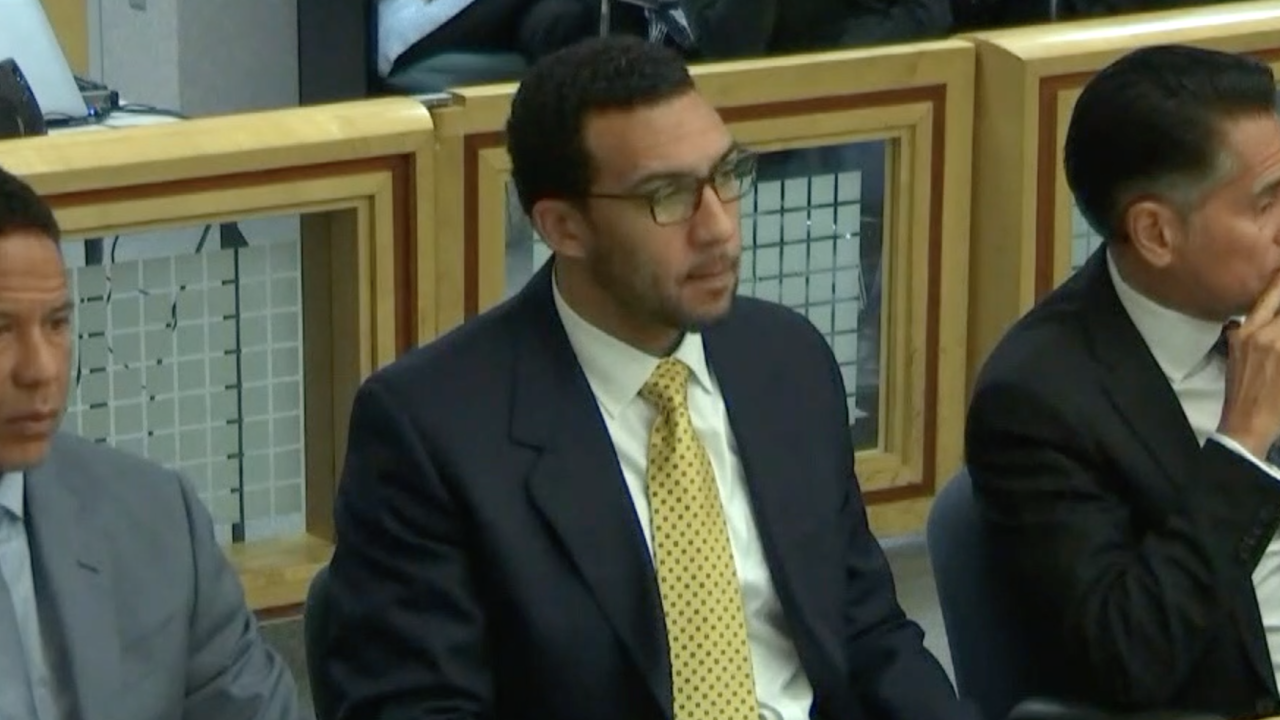 VISTA (CNS and KGTV) - Prosecutors announced Friday they will seek a second trial against ex-NFL tight end Kellen Winslow II, who was convicted of forcible rape and misdemeanor counts of indecent exposure and lewd conduct earlier this week.

Following about a week of deliberations, a Vista jury found Winslow guilty of raping a woman in Encinitas and exposing himself to two others, but deadlocked on eight other charges, including rape and kidnapping in connection with two other women. Jurors indicated that they were leaning toward guilty verdicts on each count, but were unable to reach a consensus, leading San Diego Superior Court Judge Blaine Bowman to declare a mistrial as to those counts Tuesday morning, and dismiss the jury.

Prosecutors stated they will go forward with trying Winslow a second time. A judge set the trial date for Sept. 30 and denied bail, saying Winslow was a danger to the community.

The 35-year-old son of former San Diego Chargers legend Kellen Winslow was acquitted of committing lewd conduct in front of Jane Doe 5 on a separate occasion.

The jury was unable to reach consensus on rape and kidnapping charges involving a 54-year-old hitchhiker allegedly targeted last March in Encinitas, and a 17- year-old girl who was allegedly raped in 2003 at a Scripps Ranch house party.

Winslow was initially charged last summer with raping Jane Doe 1 and 2 in Encinitas in early 2018, as well as exposing himself to Jane Doe 3 in her yard. Following his highly publicized arrest, Jane Doe 4 subsequently came forward to allege that he raped her in 2003 at a home in Scripps Ranch, when she was 17 and he was 19.

Earlier this year, while Winslow was out on bail, he was arrested for exposing himself to Jane Doe 5 at a Carlsbad gym. Bail was revoked following his arrest in that case.

``Kellen Winslow took from these women what he wanted,'' Deputy District Attorney Dan Owens told the jury in his closing argument last week.

``Kellen Winslow took from these women again and again and again. This man took what he wanted from them and threw them away like trash because that's what he thought of them.''

Owens said none of the five women knew each other, yet their accounts yielded common details and similar physical descriptions of the suspect.

Winslow's attorneys, Marc Carlos and Brian Watkins, told the jury that the charged incidents were either consensual sex or never occurred at all.

Winslow II grew up in San Diego and attended Patrick Henry and Scripps Ranch high schools before heading to the University of Miami. He played for four NFL teams between 2004 and 2013.