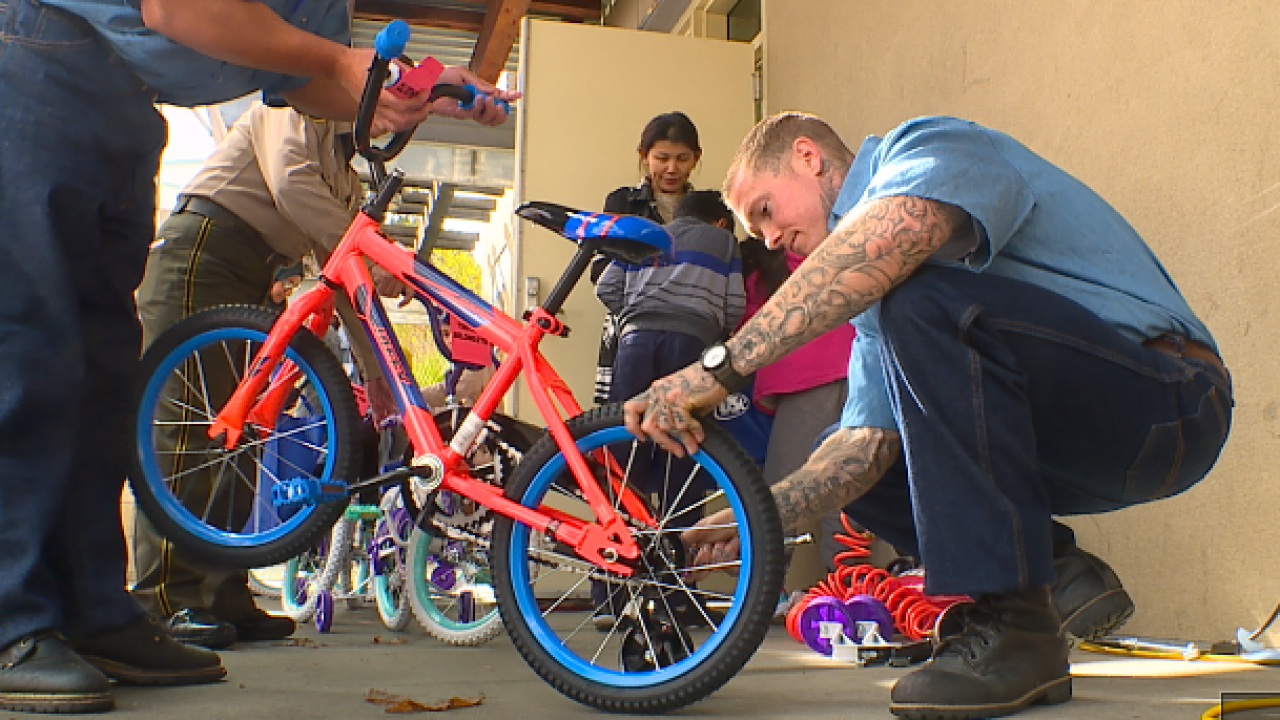 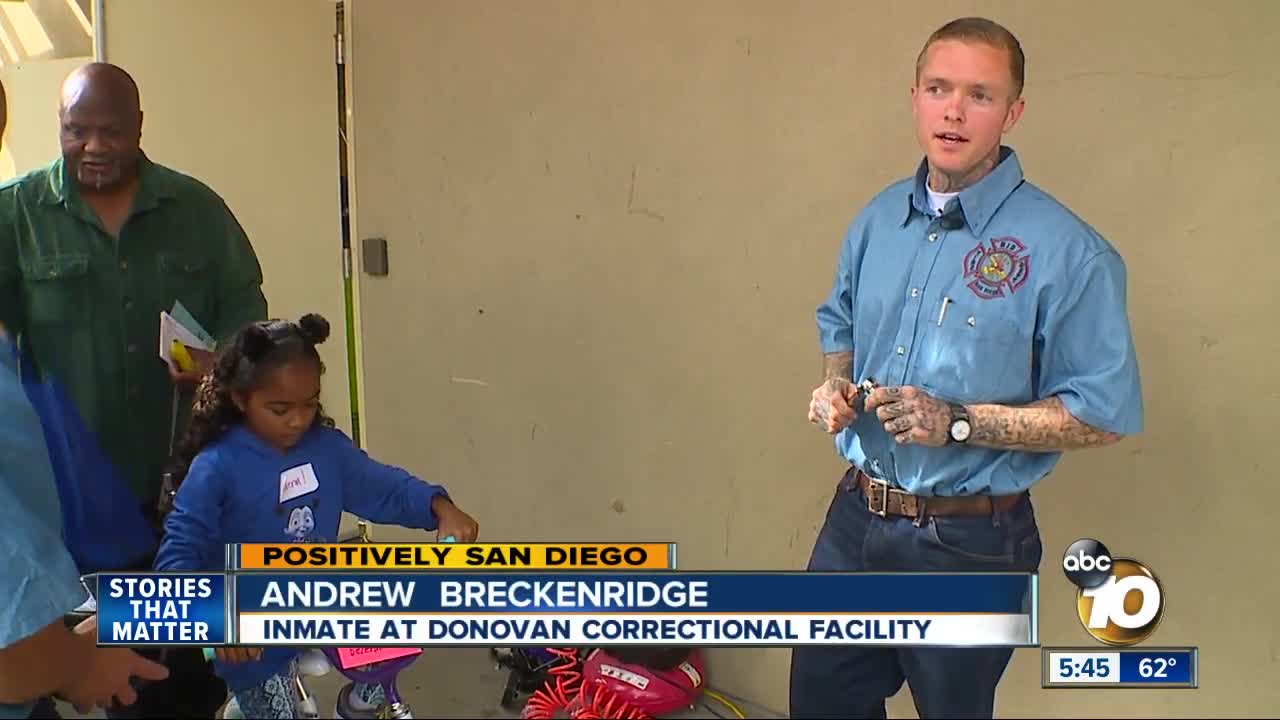 SAN DIEGO (KGTV) — Two hundred elementary students are now the proud owners of new bikes, thanks to inmates at the Donovan Correctional Facility.

For the fourth year, the Salvation Army Ray & Joan Kroc Center teamed up with the correctional facility to make the event happen. The inmates raised over $15,000 to pay for the bikes and accessories, with some donating money they earn working.

“Certain decisions got me where I am, but better decisions that I made since then put me exactly where I am, in the fire department and on my way out the door,” said prison inmate, Andrew Breckenridge.

Breckenridge was one of two inmates invited to attend that actual event at the Kroc Center. He’s being released from prison in 10 days.

“It feels great, I mean I can’t describe the feeling, seeing the smiles on these kids faces,” said Breckenridge.

Children who received bikes were chosen based on merit and good behavior at school.