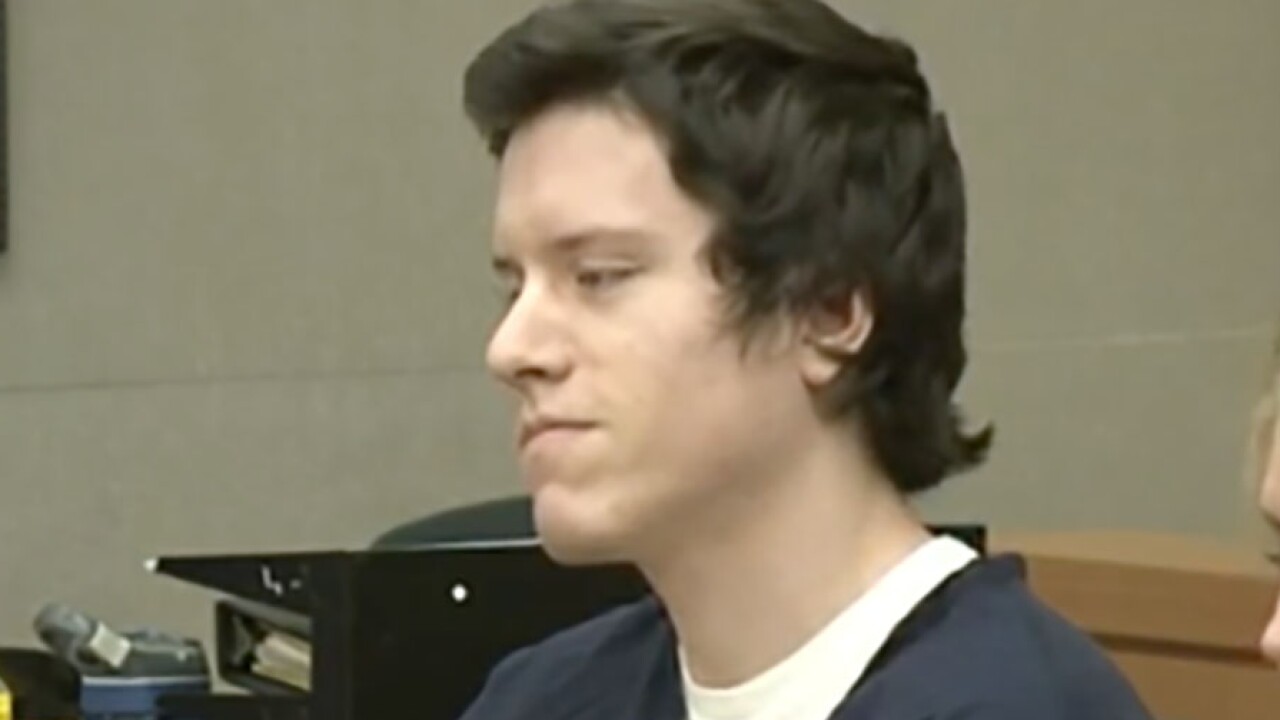 SAN DIEGO (CNS) - A man accused of opening fire at a Poway synagogue, killing one congregant and injuring several others, will be in court Thursday for a hearing to determine whether he will stand trial on charges that could have him facing the death penalty.

John T. Earnest, 20, faces murder and attempted murder charges for the April 27 shooting rampage at Chabad of Poway. He's also charged with arson for the March 24 blaze at the Dar-ul-Arqam Mosque, also known as the Islamic Center of Escondido.

Thursday's hearing will delve into the details behind the events that left 60-year-old Lori Gilbert Kaye dead and three others injured. Earnest allegedly admitted to both the shooting and the mosque fire in an online open letter in which he espouses flagrant anti-Semitic sentiments and a need to protect the "European race."

After hearing the evidence, Presiding Judge Peter C. Deddeh will rule whether Earnest will stand trial on the charges, including a special circumstance hate crime allegation that could lead to the death penalty. The San Diego County District Attorney's Office has not yet decided whether to pursue capital punishment.

The defendant, who's being held without bail, is accused of carrying out the shooting on the last day of Passover, killing Kaye, who was shot in the synagogue's foyer and died at a hospital. Kaye, a longtime member of Chabad of Poway, was at the temple with her husband and daughter the day of the shooting to honor her mother, who had recently died.

The congregation's rabbi, Yisroel Goldstein, 57, lost a finger in the shooting. Two other people -- Almog Peretz, 34, and his 8-year-old niece, Noya Dahan -- were also injured.

An off-duty Border Patrol agent working as a security guard was inside the temple when the shooting began, and he opened fire as the suspect fled, San Diego County Sheriff Bill Gore said. The agent did not strike Earnest, but did hit the suspect's car, authorities said.

Police said Earnest called 911 at around 11:30 a.m. and said he had been involved in the shooting and was armed.

A San Diego police officer who had been en route to the synagogue spotted the suspect's Honda Civic and pulled him over less than two miles west of the synagogue, Deputy District Attorney Leonard Trinh said. Earnest got out of his car with his hands up and was taken into custody without further incident.

In the "open letter" that authorities say Earnest posted online shortly before the shooting, the author wrote that he spent four weeks planning the attack, citing his "disgust" for Jews and a desire to kill them, and expressed admiration for the Australian white nationalist who attacked two mosques in Christchurch, New Zealand, in March, killing 50 people.

The writer also claimed responsibility for the March 24 blaze, which was quickly extinguished by people inside the mosque. Graffiti left on the building made reference to the mosques attacks in Christchurch.

In addition to the state case, Earnest also faces more than 100 federal counts related to hate crimes, and could also face the death penalty in the federal case.