Poway residents get eviction notice after rain damage in apartments 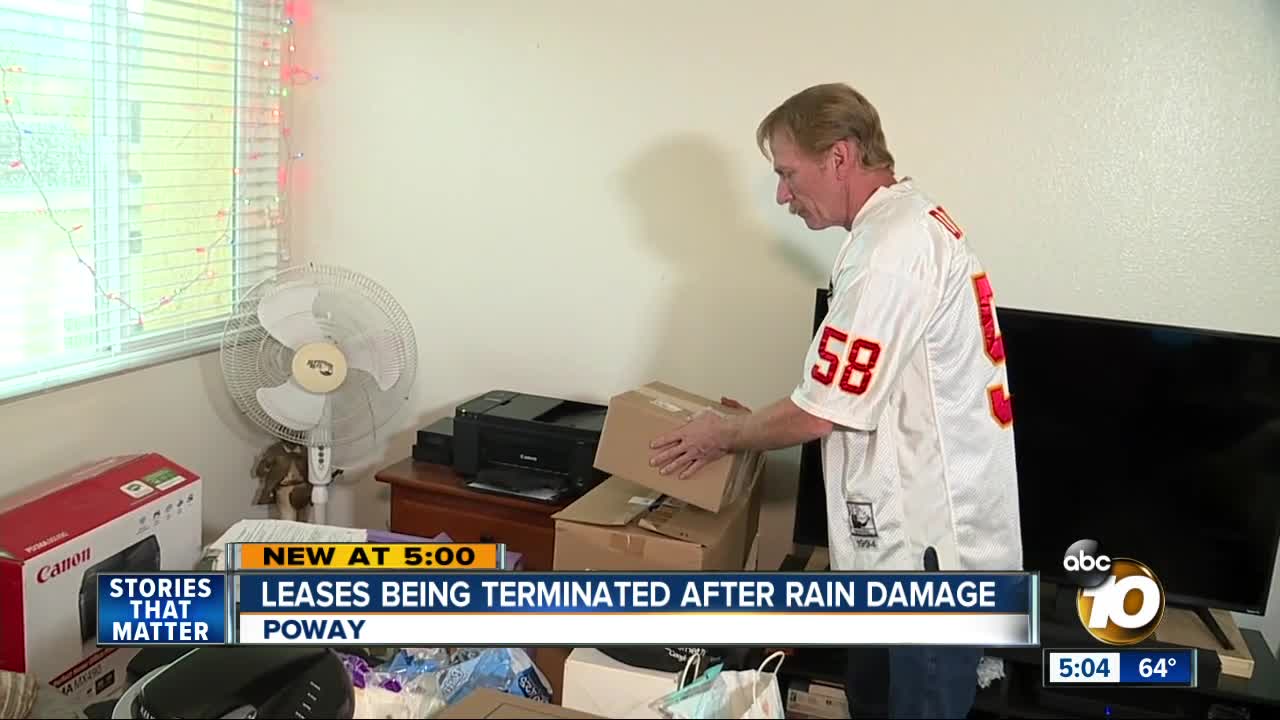 Leases being terminated after rain damage in Poway. 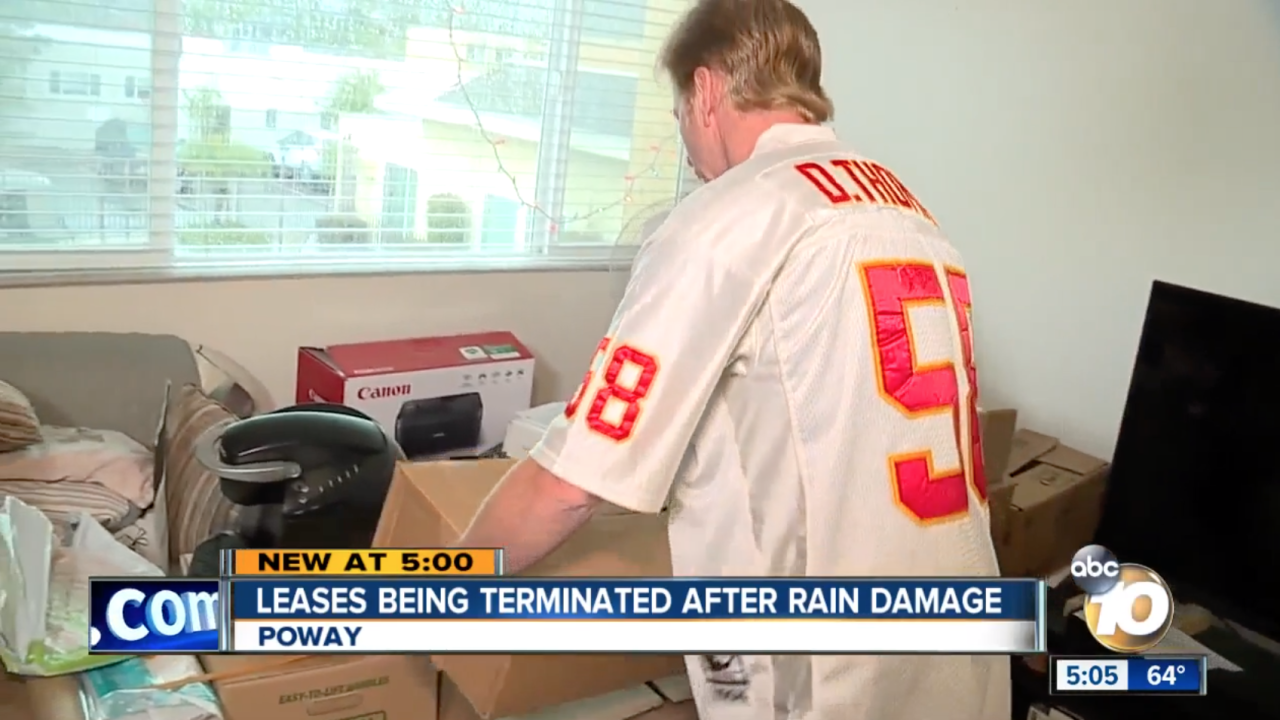 Poway, Calif., (KGTV)-- The City of Poway's water boil advisory was officially lifted on Friday, but the inconvenience continues for many residents.

Tenants of two dozens units at the La Privada Apartments are being evicted suddenly after management discovered rain damage.

When it rains, it pours, especially for Poway resident, Allan Moore.

Right in the middle of last week's city-wide water boil advisory, he and tenants in 23 other units at the La Privada Apartments were surprised with an eviction notice. It said they must leave the premises and turn in their keys by December 15, 2019.

Moore said management explained that the same set of storms that destroyed the city's water system caused the water damage to the units.

According to the notice, Moore will get his security deposit, December, and part of November's, rent paid back.

"I'm very clueless about it right now," Moore said. "And I haven't had hardly any communication."

According to law experts, people in Moore's situation do have rights. Laws state that the landlord or property manager must give "reasonable" time for tenants to move out. The specifics of that time frame are in the provisions of the leasing agreement.

In Moore's case, the property manager or tenant has the right to terminate a leasing contract if repairs are expected to take longer than 60 days. In this case, management company, Capital Growth Properties, states the repairs could take up to six months.

How much assistance the landlord gives, such as finding new or temporary housing, is up to the property manager. Experts told 10News, in some cases, if the management companies own other properties, they may relocate tenants into unaffected, open units. However, Moore says he has not heard of this option from Capital Growth Properties.

The rest, such as additional living expenses and food during the inconvenience, is up to their renter's insurance.

In the meantime, Moore's house is a mess.

"Christmas has kind of been put on hold," Moore sighed.

A nutcracker and one sad set of lights are the only signs of the holidays in the usually festive home.

"We're just going to have to take it down before Christmas, so we're like, 'let's just stop decorating,'" Moore said.

Moore just hopes they find a place soon before they get kicked out.

"We are just going to try to play it by ear and take everything one day at a time," Moore said.

10News spoke to the on-call manager at Capital Growth Properties. She referred us to their corporate office. No one was available for comment.