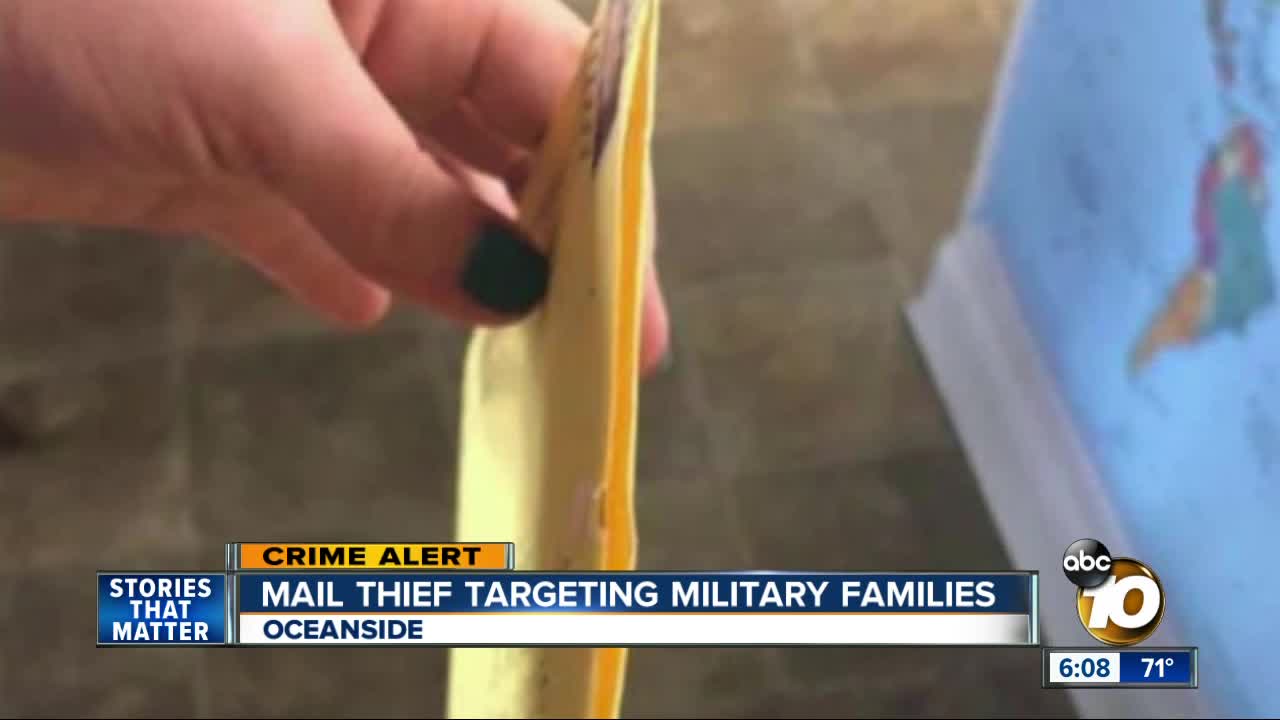 An investigation is underway to find a mail thief who appears to be targeting military families living on Camp Pendleton. 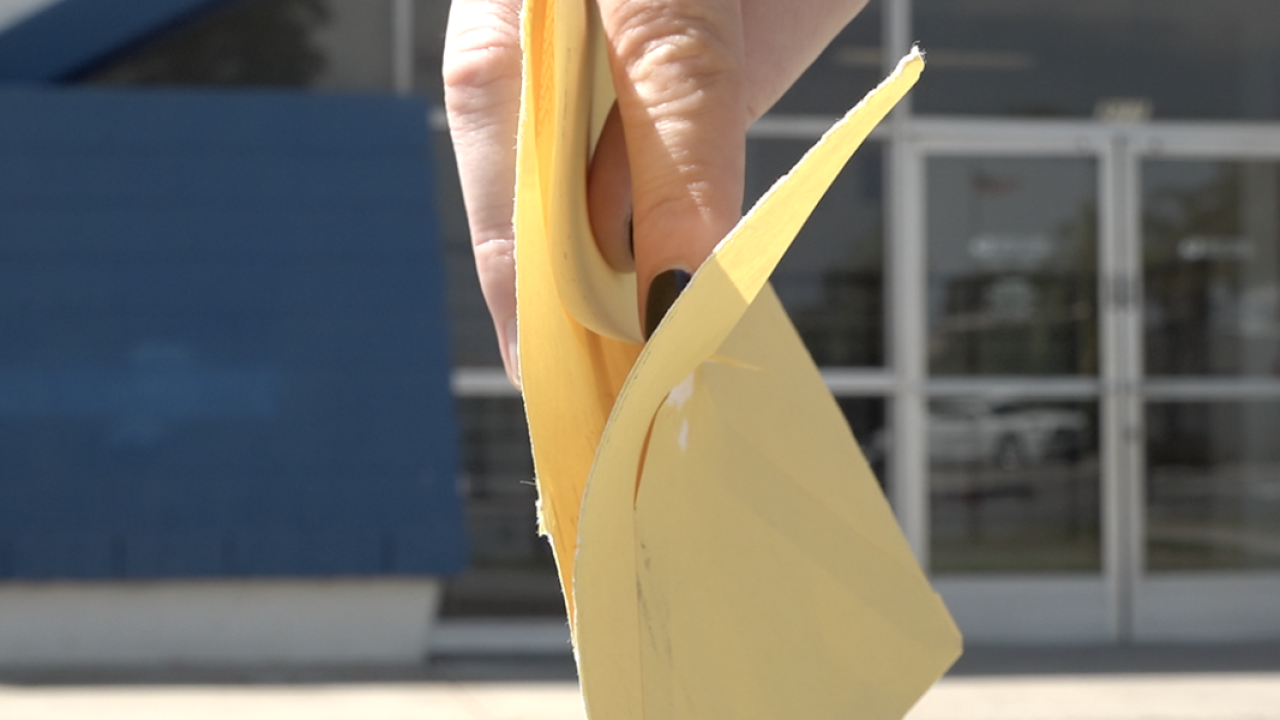 OCEANSIDE, Calif. (KGTV) — An investigation is underway to find a mail thief who appears to be targeting military families living on Camp Pendleton.

A few weeks ago, Jessica, a Marine wife who lives on the base, went to her mailbox and saw a card from a friend in Arkansas.

"Opened up my card, and after I opened it, I realized there was a slit down the side," said Jessica.

After a closer look, Jessica realized someone had been in her mail.

"A clean cut down the side. Didn't get caught on anything. A machine didn't make this ... Just irritated. It's an invasion of privacy," said Jessica.

Jessica says her card never did contain any cash or gift cards, but others on base haven't been as lucky.

"They're furious, and they want something done," said Jessica.

Jessica says on various Facebook pages connected to the base, hundreds have posted photos of tampered mail received in the past two months. The envelopes are usually missing cash, gift cards or checks.

"Pretty disgusting. Pretty shameful ... It's no accident it's happening to us. Military families are an easy target. We're not with our families. Families make up for it by sending us a little extra, definitely for our kids," said Jessica.

So what is the commonality when it comes to the mail? It's processed and delivered by the Postal Service. The closest post office is about a mile-and-a-half from the base.

The Postal Inspection Service confirms they've begun an investigation, along with an internal probe. A suspect has yet to be identified.