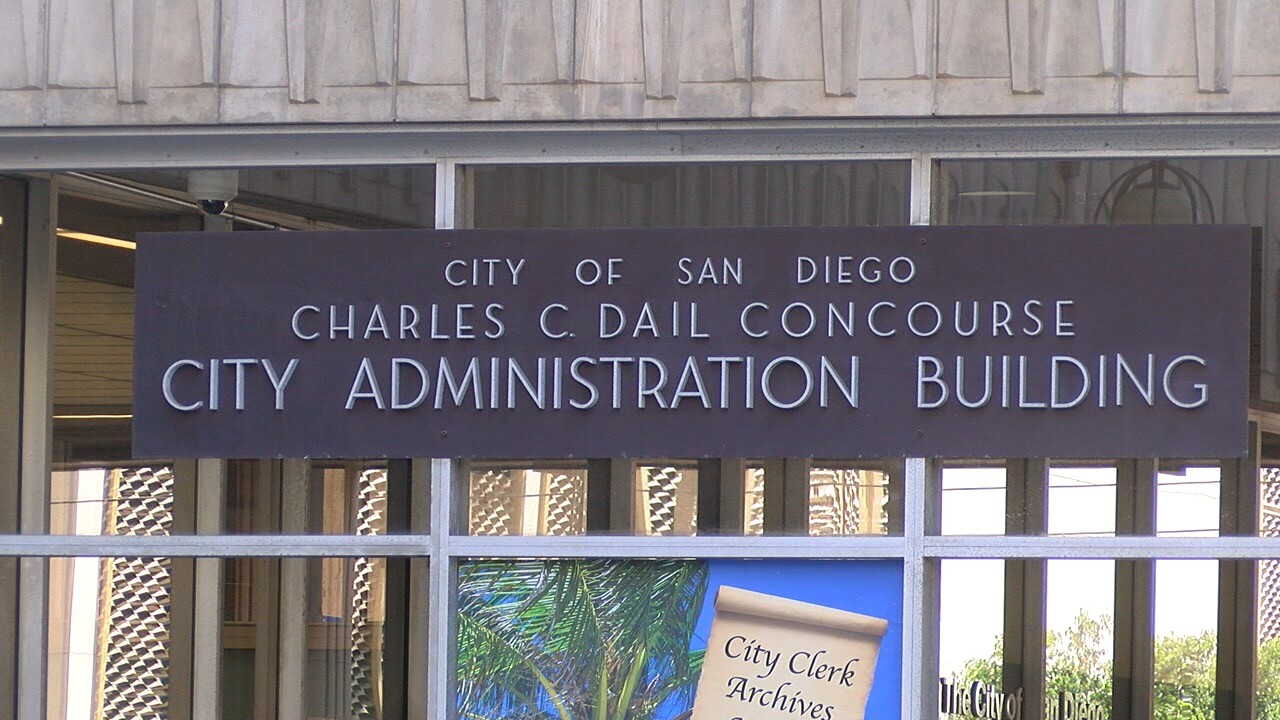 Copyright 2019 Scripps Media, Inc. All rights reserved. This material may not be published, broadcast, rewritten, or redistributed.
Jonathan Horn
The entrance to San Diego City Hall

SAN DIEGO (KGTV) -- A portion of City Hall in Downtown San Diego was evacuated after crews working in the building possibly disturbed asbestos.

According to the city, construction crews working on the lobby possibly disturbed the asbestos around 2 p.m. Thursday.

The city said in a memo that a contractor working on the sprinkler system accidentally dislodged a section of the ceiling, causing it to crash to the ground.

"Immediate action was taken to isolate and contain the material,'' according to the memo.

The substance hasn’t yet been confirmed as asbestos, but hundreds of people were forced to evacuate as a precaution.

The City Clerk’s office remains open and is working out of a nearby location until Thursday evening so candidates running for office can meet their 5 p.m. deadline.