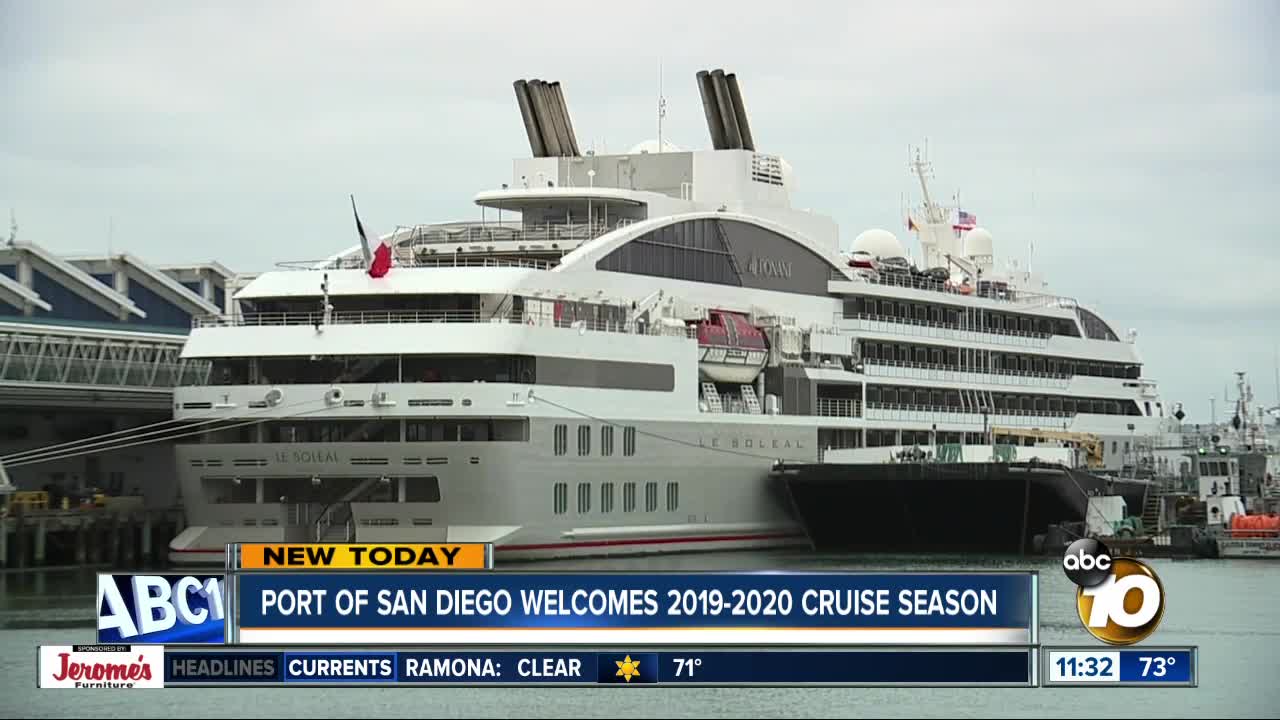 A new luxury ship made an appearance Tuesday. 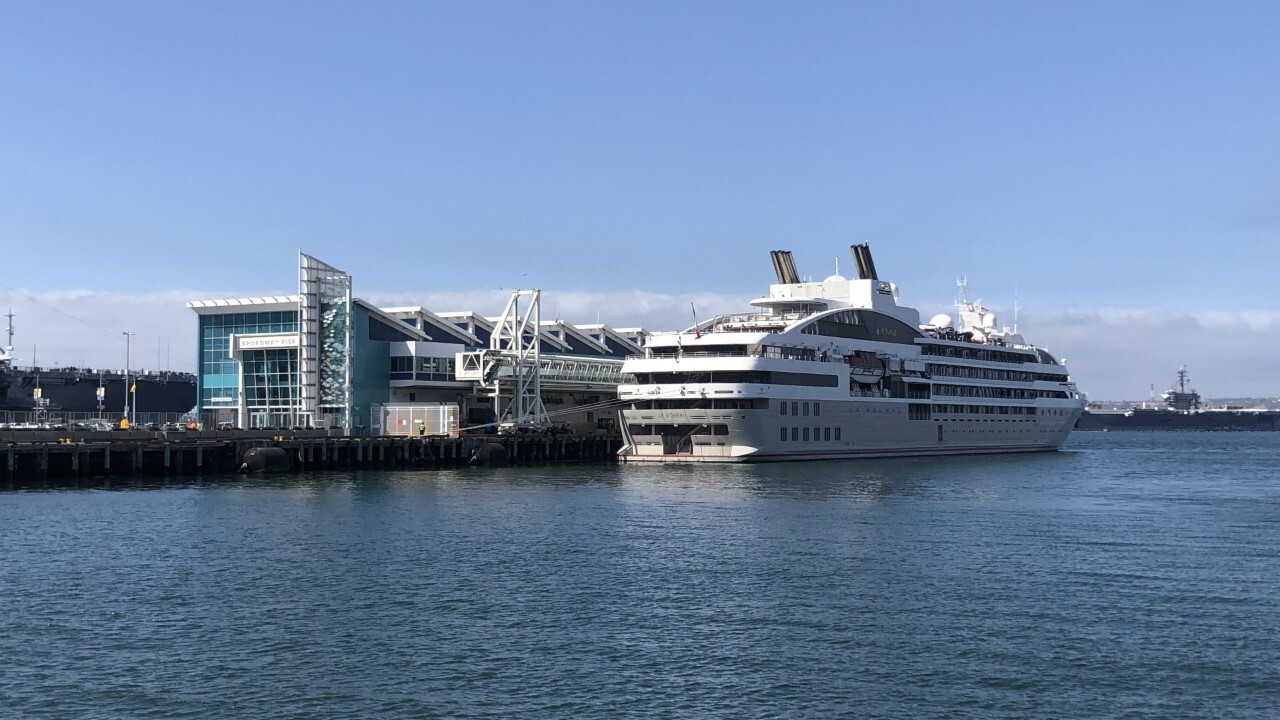 SAN DIEGO (KGTV)- The 2019-2020 cruise season is officially underway in San Diego, and the Port of San Diego expects thousands of visitors to the region, having a significant economic impact on the city.

The Port has 104 cruise calls scheduled, which is up from last year's numbers. Approximately 338,000 passengers will be on the cruises and Port officials say each home ported call has an average of $2 million in economic impact.

"That doesn't just mean spending money on food and shopping, but that can be maintenance, repairs and things to the ship," said Adam Deaton, with the Port's cruise business development.

"It's a great, great uptick for San Diego's economy," said Deaton. "We're not in the summer so it's kind of the down season, so cruise is a great pick me up for the winter and fall months."

Also this season, Holland America, Disney Cruise, and Carnival Cruise Lines will be featured. Carnival has not been in San Diego since 2011 and its return was much anticipated.

The Carnival Miracle will be at the Port starting in December for 12 trips including Mexican Riviera, Hawaiian Island, Baja Mexico and Panama Canal cruises.

Starting October 4, Disney Cruise Line will offer 16 cruises from the Port of San Diego. The first will be the popular Halloween on High Seas Baja Cruise.