The pause comes after a handful of rare blood clots were reported in patients who had received J&J's one-dose coronavirus vaccine.

When asked about the pause on the Johnson & Johnson vaccine, 52% of those surveyed said they believe the vaccine is still safe, including 12% saying "very safe" and 40% saying "mostly safe." Those who said they thought the company's vaccine wasn't safe including 20% saying "mostly unsafe" and 13% "very unsafe."

The 500 San Diegans surveyed were also asked about whether they plan to get vaccinated and if vaccines should be mandated in the future. Here are the full results of the survey: 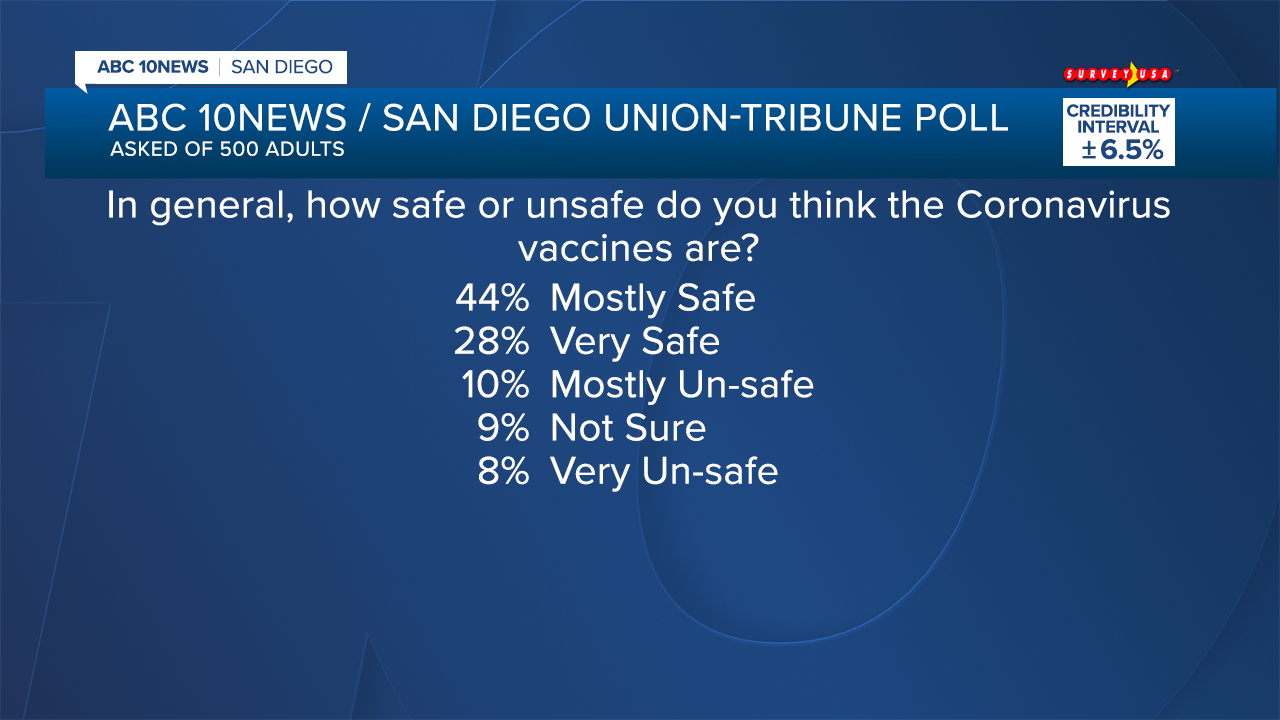 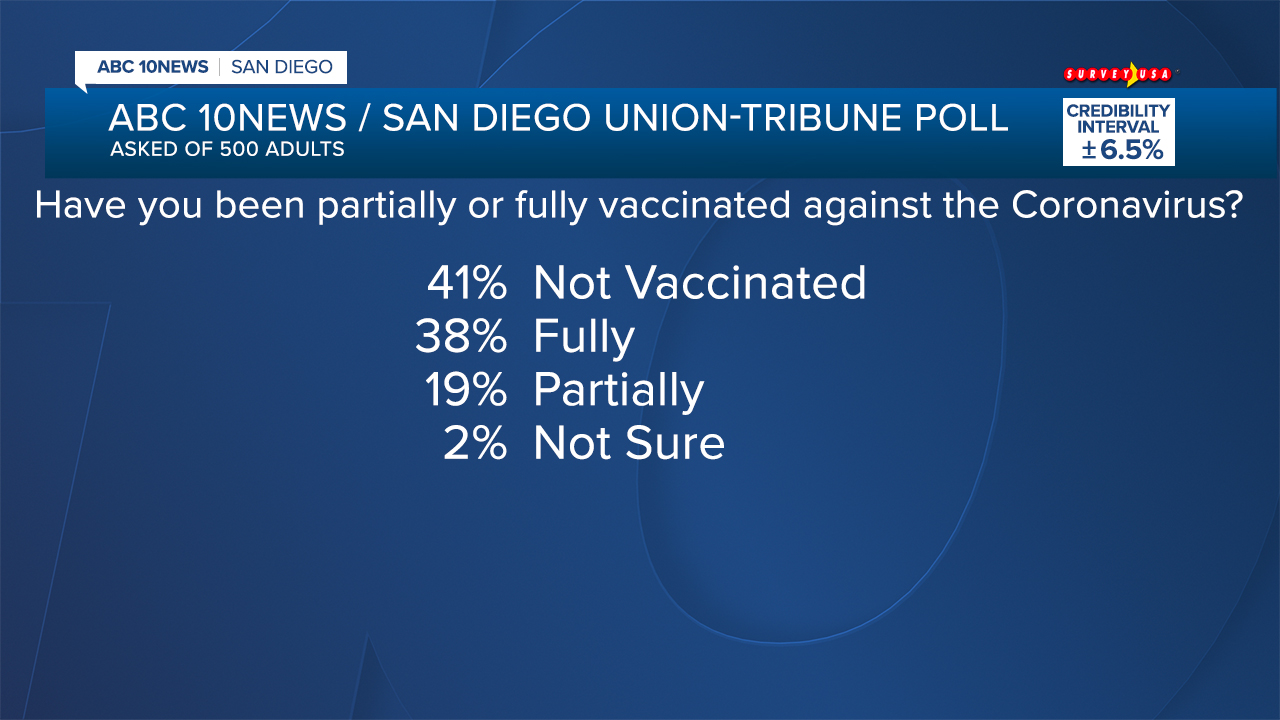 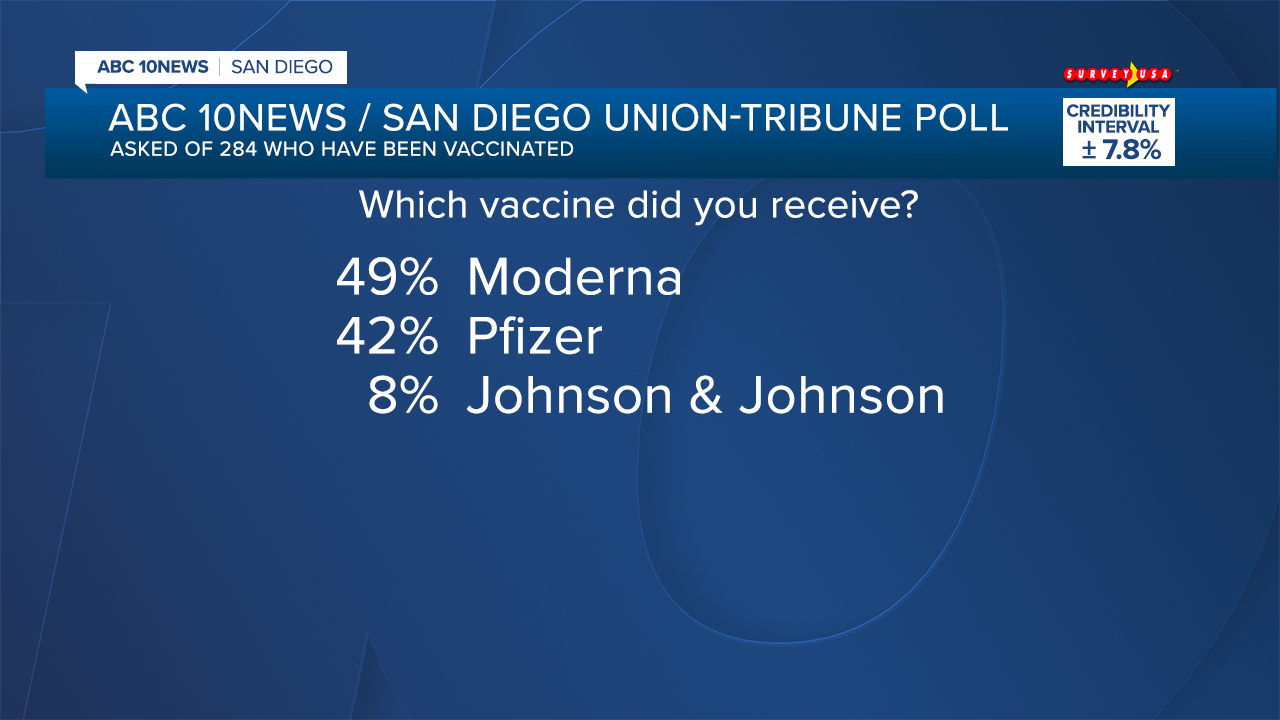 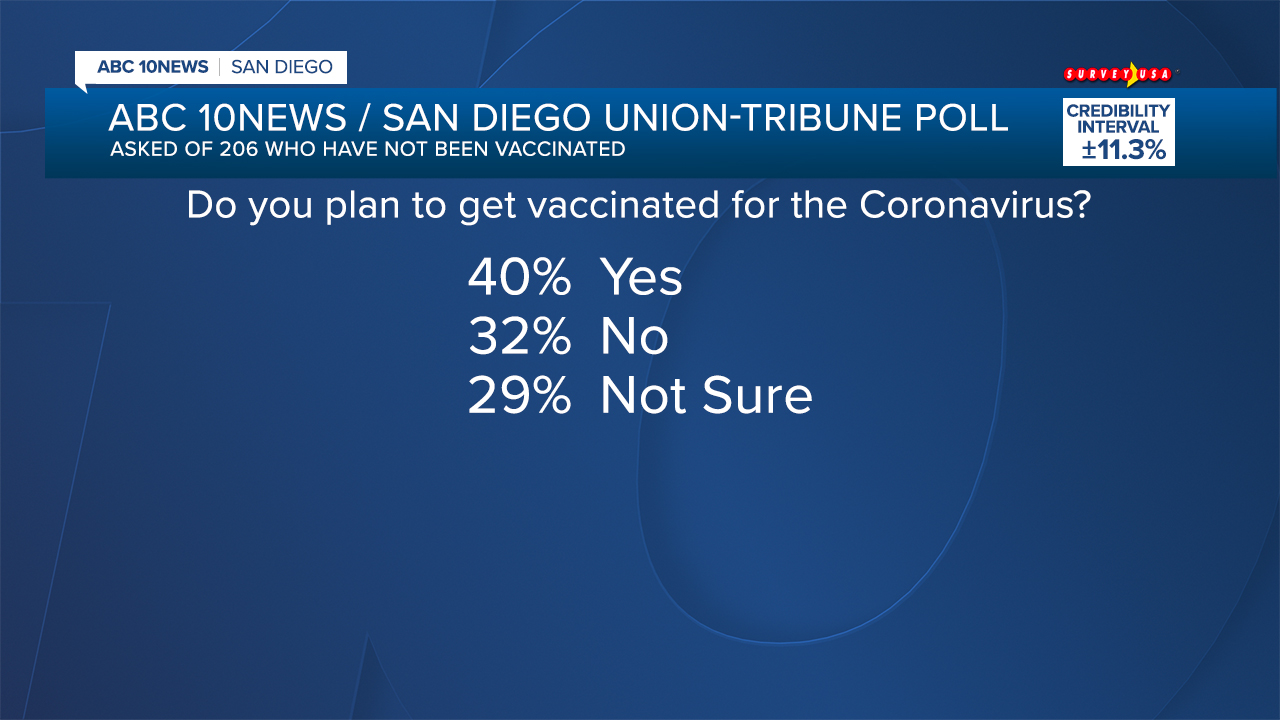 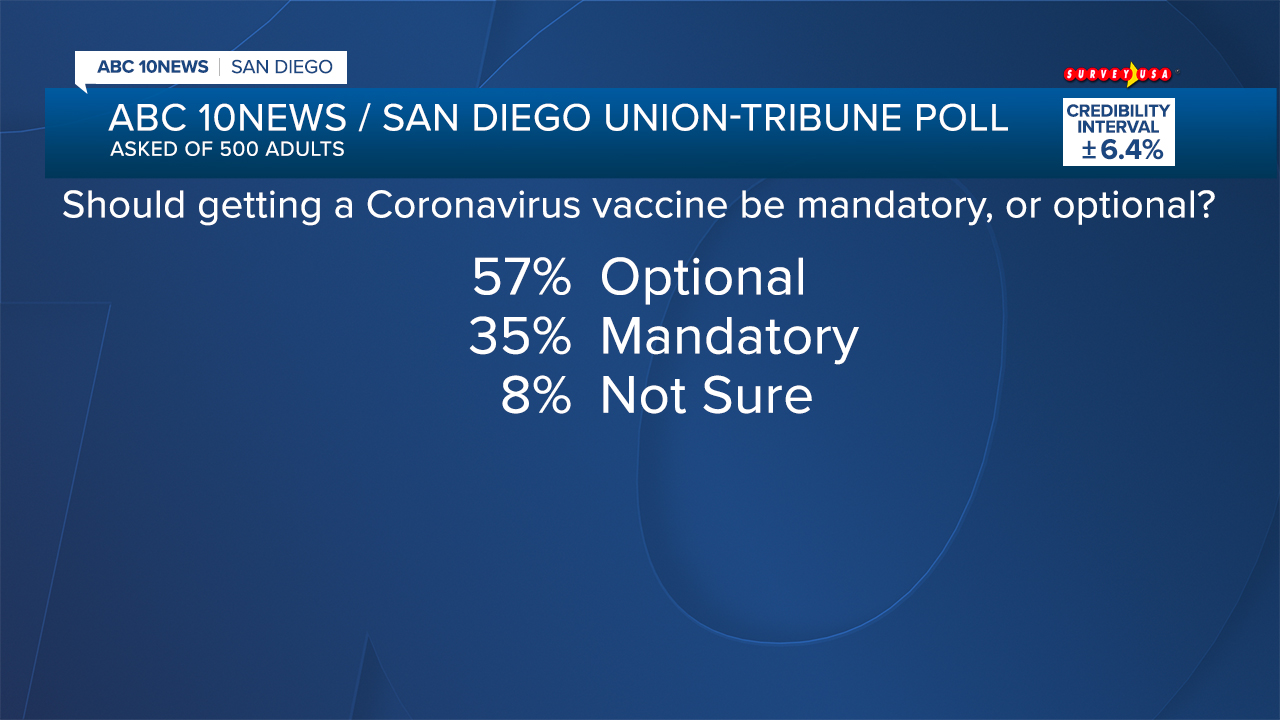 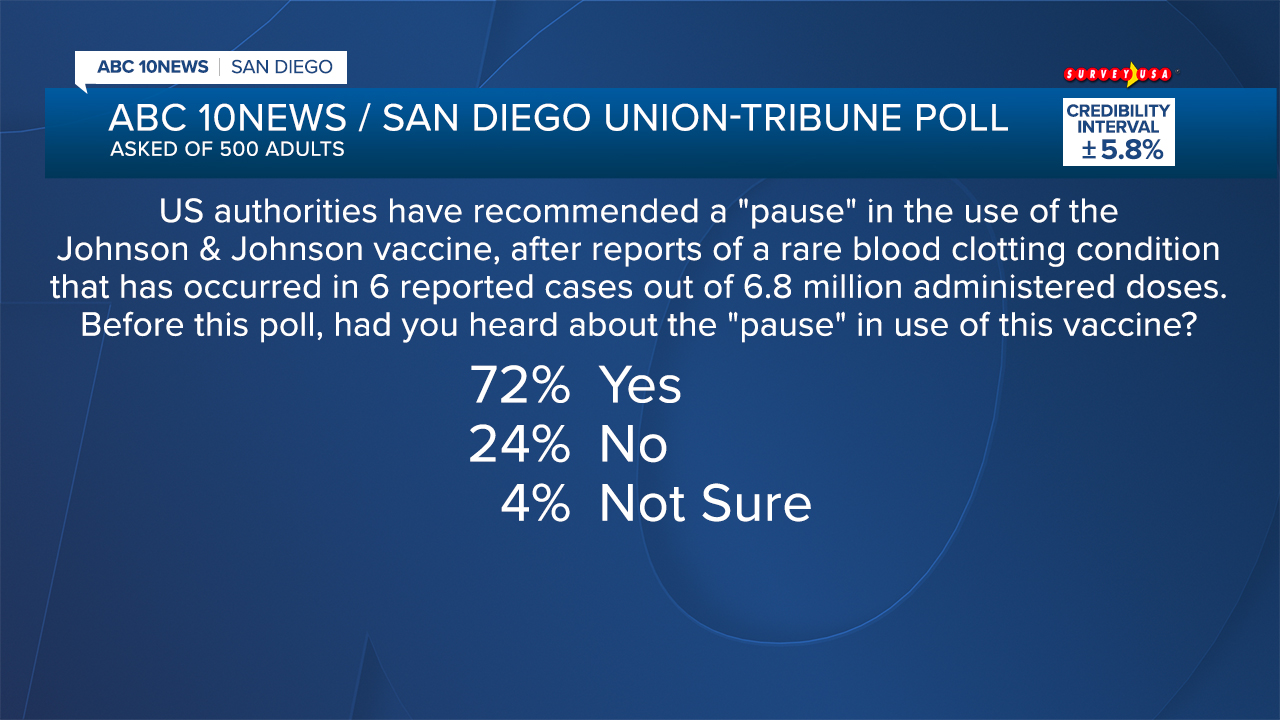 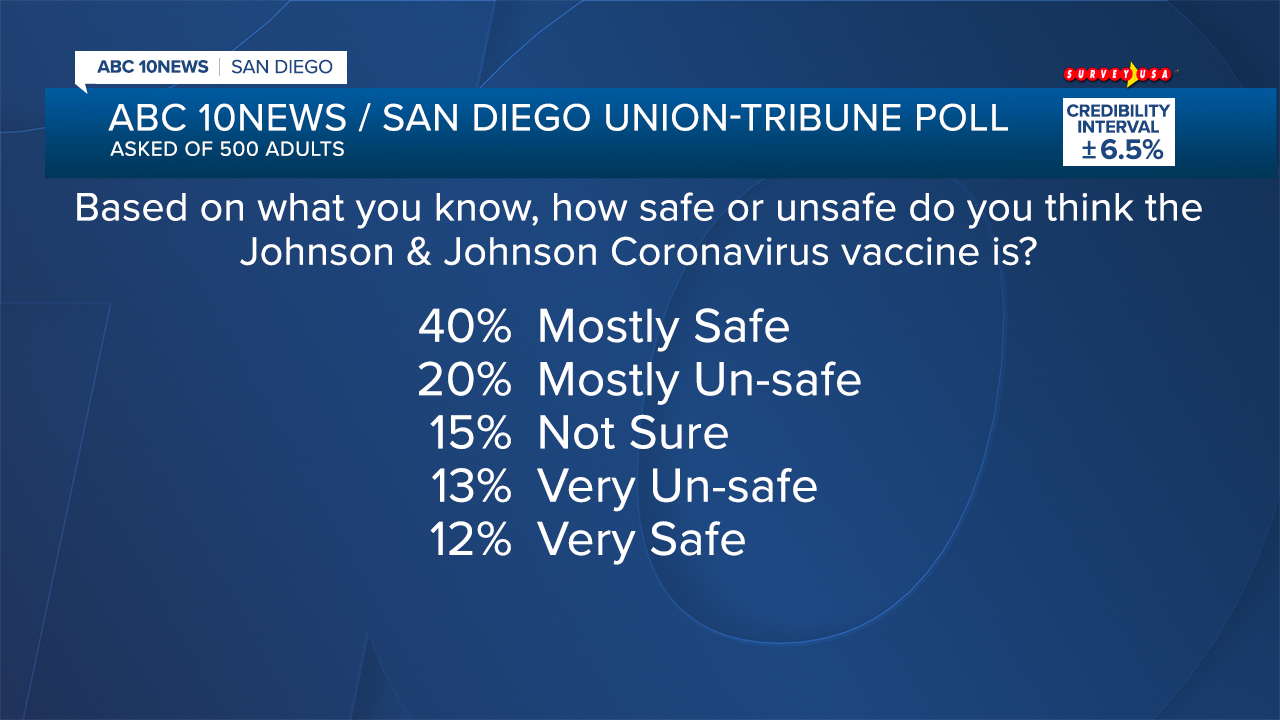