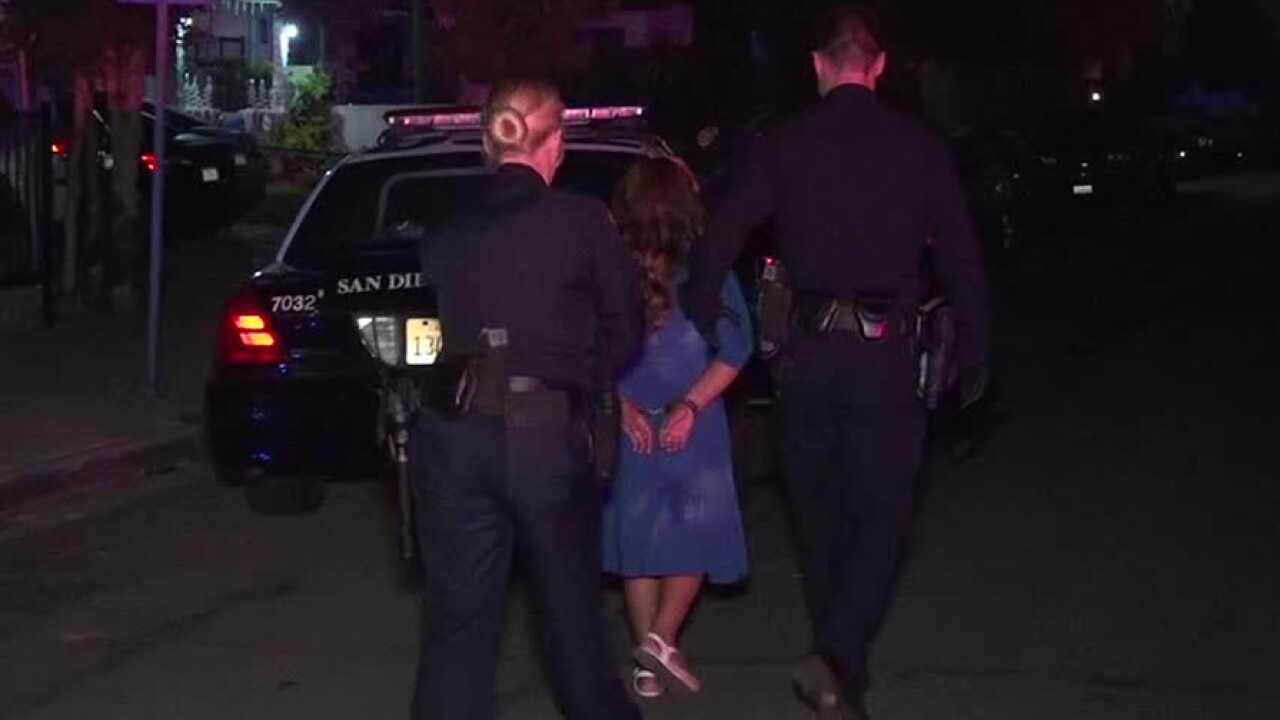 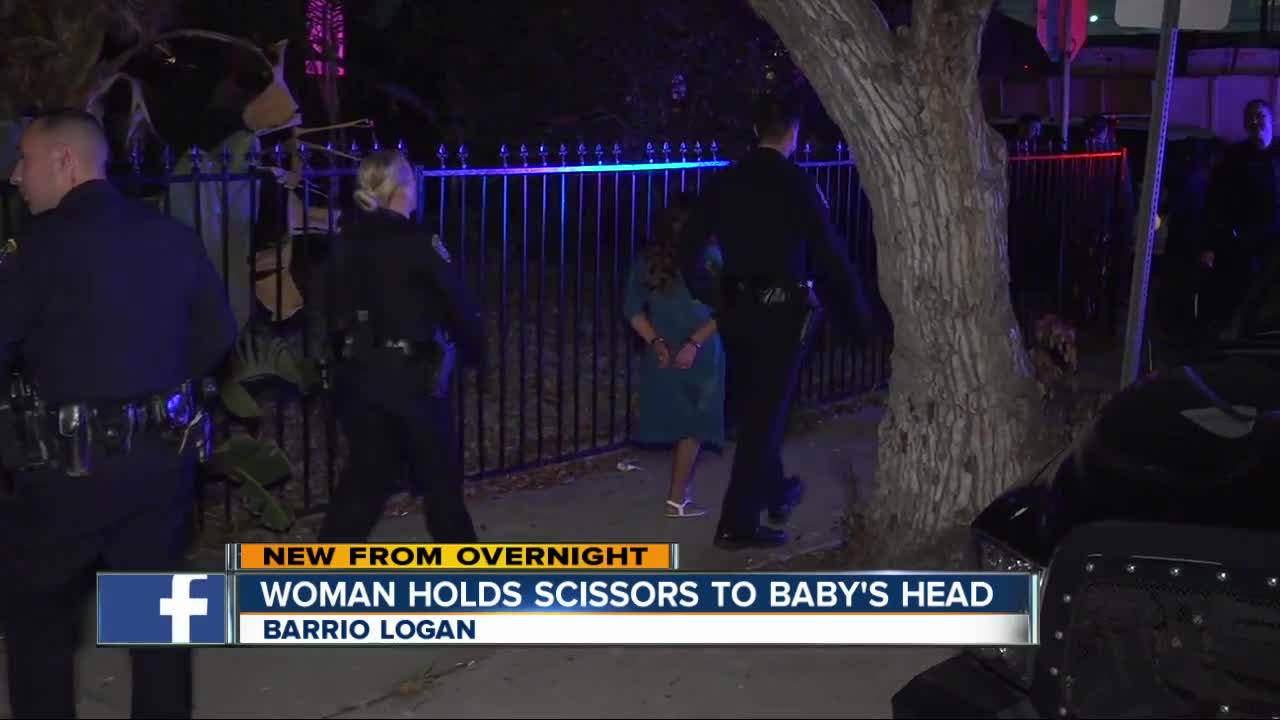 SAN DIEGO (KGTV) - A woman was taken into custody in Barrio Logan after police said she was seen holding a pair of scissors to her baby’s head.

At around 12 a.m. Monday, San Diego police were called to perform a welfare check in the 2600 block of Newton Avenue after receiving reports of a woman walking down the street with a baby.

According to police, officers eventually tracked down the woman at her home. She was in the bathtub holding a pair of scissors to her child’s head, even threatening officers at one point.

Following a brief standoff, officers convinced the woman to hand over the baby and let go of the scissors.

An SDPD lieutenant told 10News that family members said the woman has mental issues. She will undergo a mental evaluation before possible charges are sorted out.