LA MESA, Calif. (CNS) - Authorities Monday reached out to the public for help in identifying a group of people suspected of breaking into and looting a La Mesa jewelry store following a protest against police brutality nearly four months ago.

Surveillance cameras captured photos and video of at least six people suspected of breaking into Pierre's Jewelers, 8324 La Mesa Blvd., on the night of May 30, according to La Mesa police.

Anyone with information on the identity of the individuals in the photos is asked to call the La Mesa Police Department at 619-667-7532 or lamesatips@cityoflamesa.us.

Tipsters can remain anonymous and may also contact Crime Stoppers at 888-580-8477. 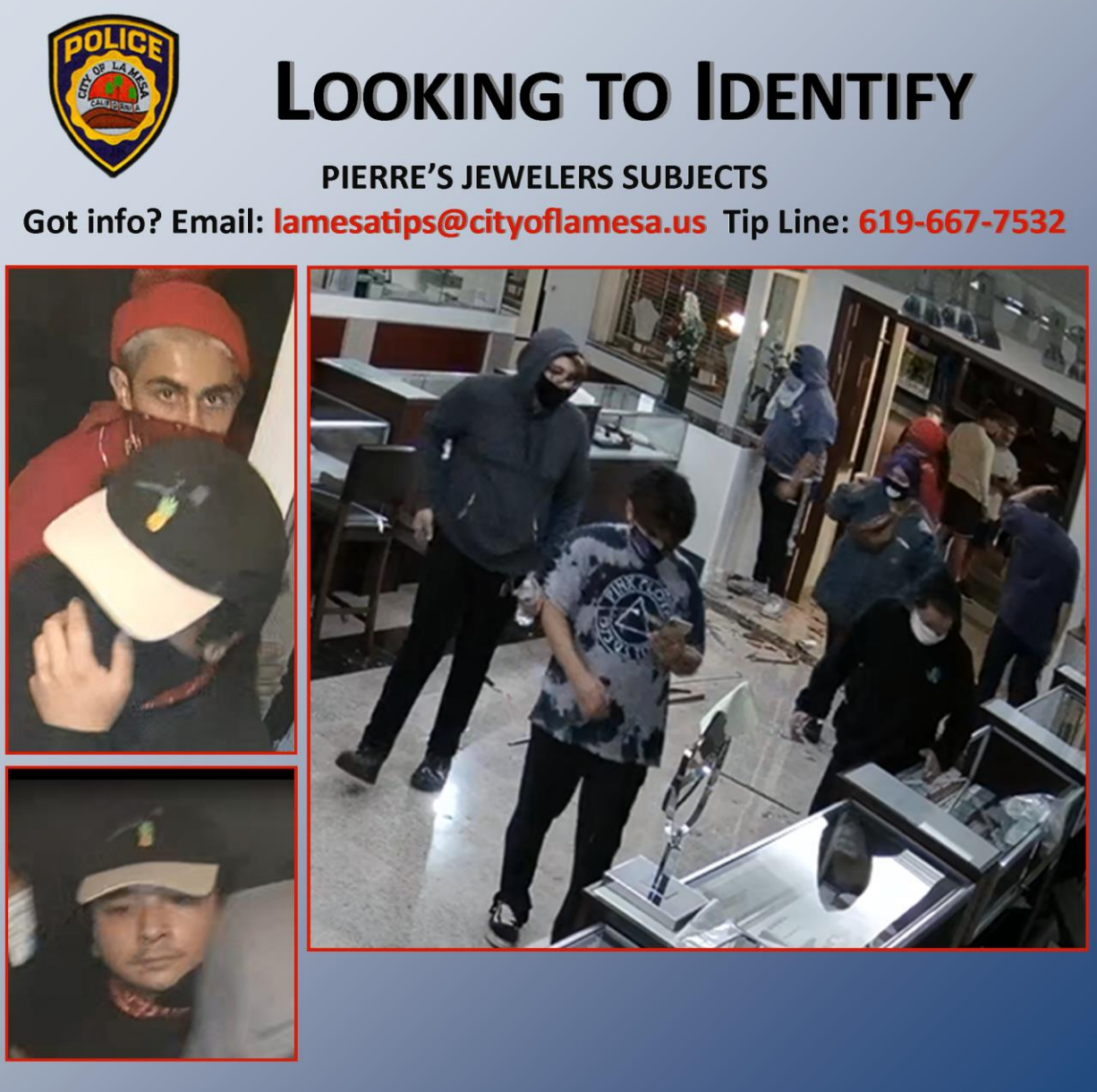 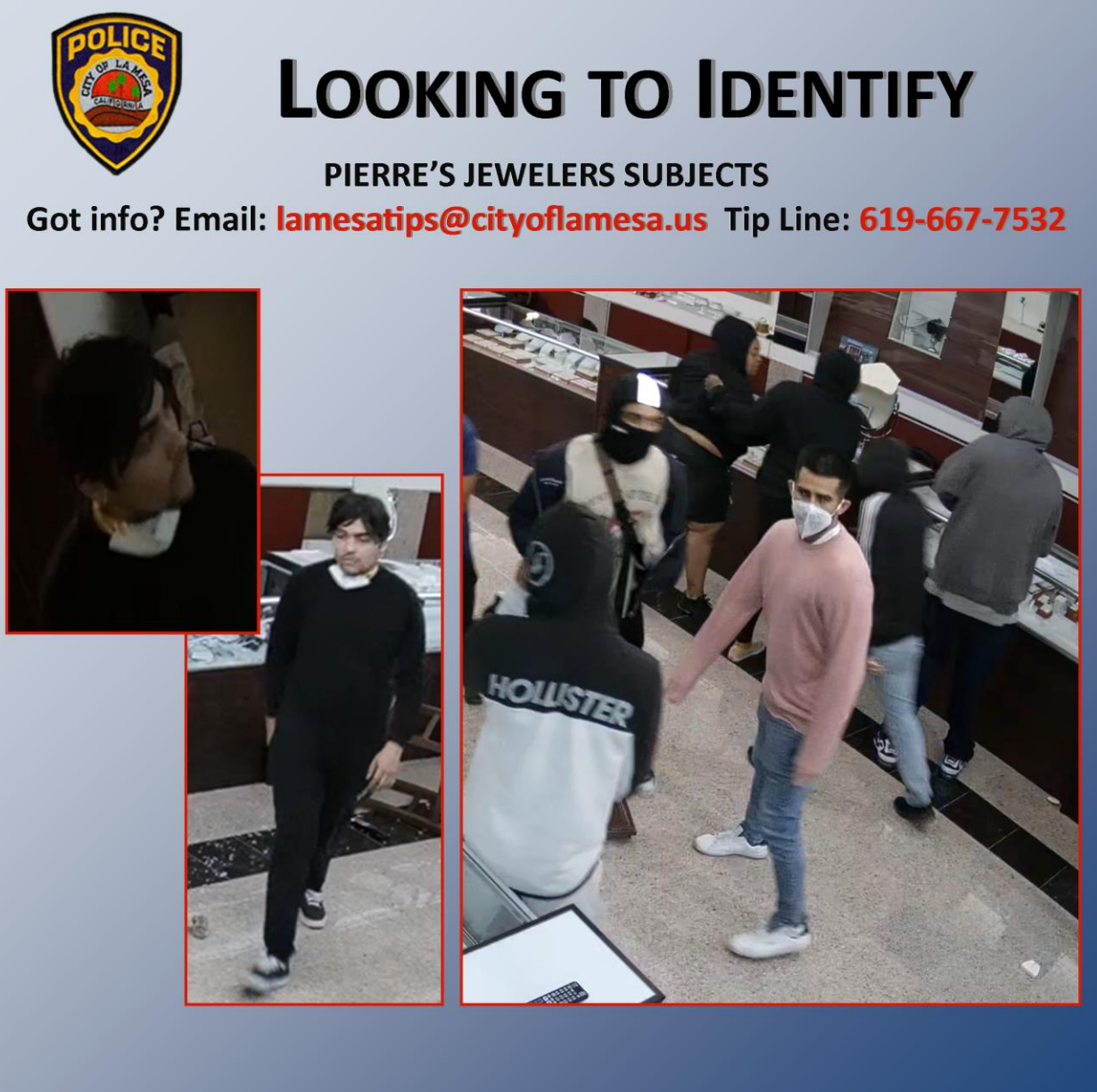 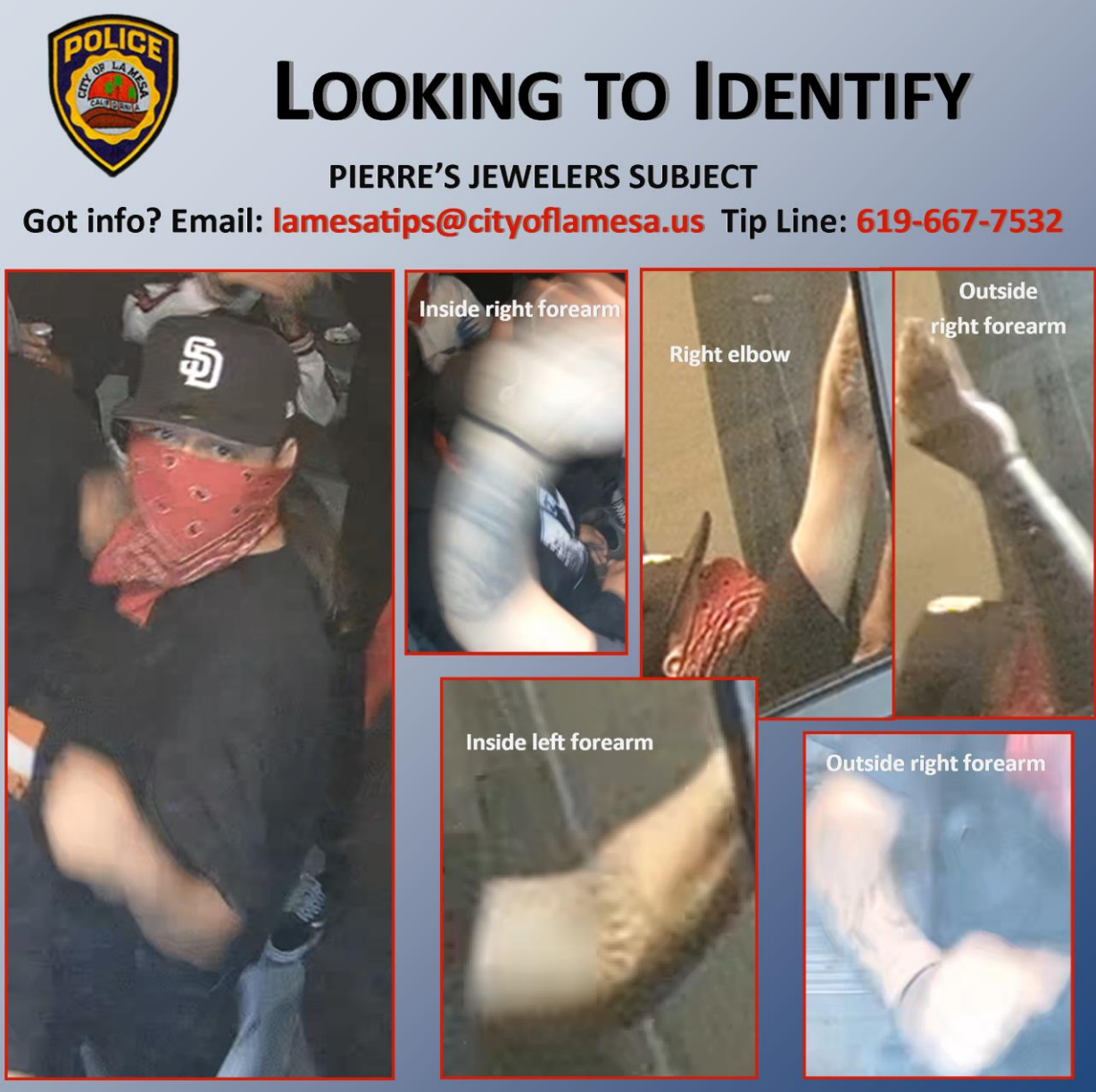 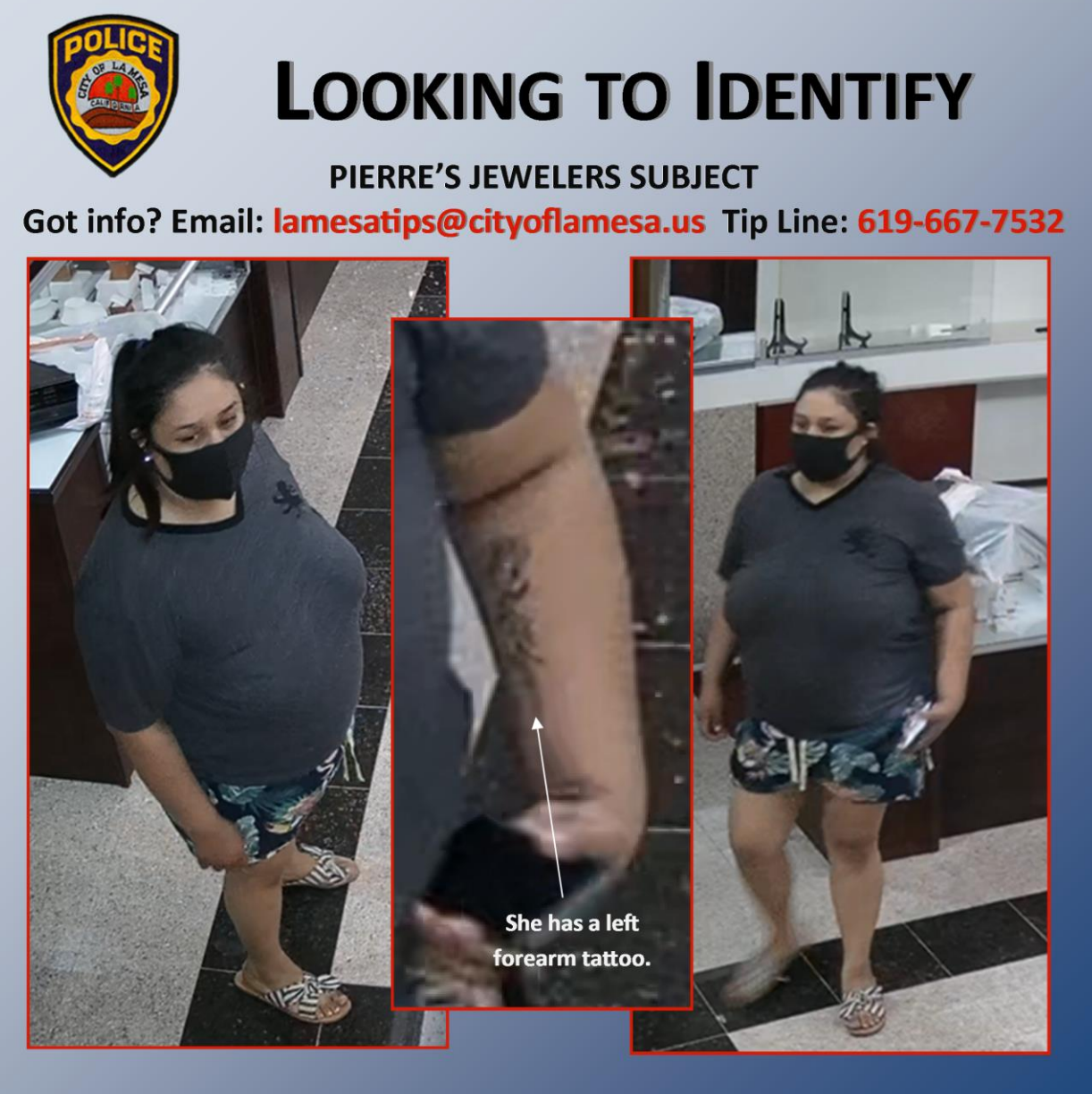 Over 50 crimes, including arson, vandalism, burglary and theft, were committed in La Mesa on May 30 and May 31, LMPD Lt. Greg Runge said.

On May 30, a crowd gathered in front of the La Mesa Police Department at 2:30 p.m. to protest the May 27 arrest of a man at the Grossmont Transit Center, as well as the in-custody death of George Floyd in Minneapolis on May 25.

A portion of the group then marched onto Interstate 8 at Baltimore Drive, blocking traffic in both directions for hours.

Around 6 p.m., protesters remaining in front of the La Mesa Police Department threw rocks and water bottles at an armored police car nearby, and police deployed tear gas, pepper balls and bean bag rounds in an attempt to disperse the crowd.

After 11 p.m., two banks -- a Chase branch and a Union Bank branch -- were engulfed in flames on Spring Street and both burned to the ground.

As of Monday, 25 people have either been arrested or "had charges sought against them for various crimes," Runge said. Of those, four people were residents of La Mesa and the remaining 21 resided elsewhere in San Diego County.