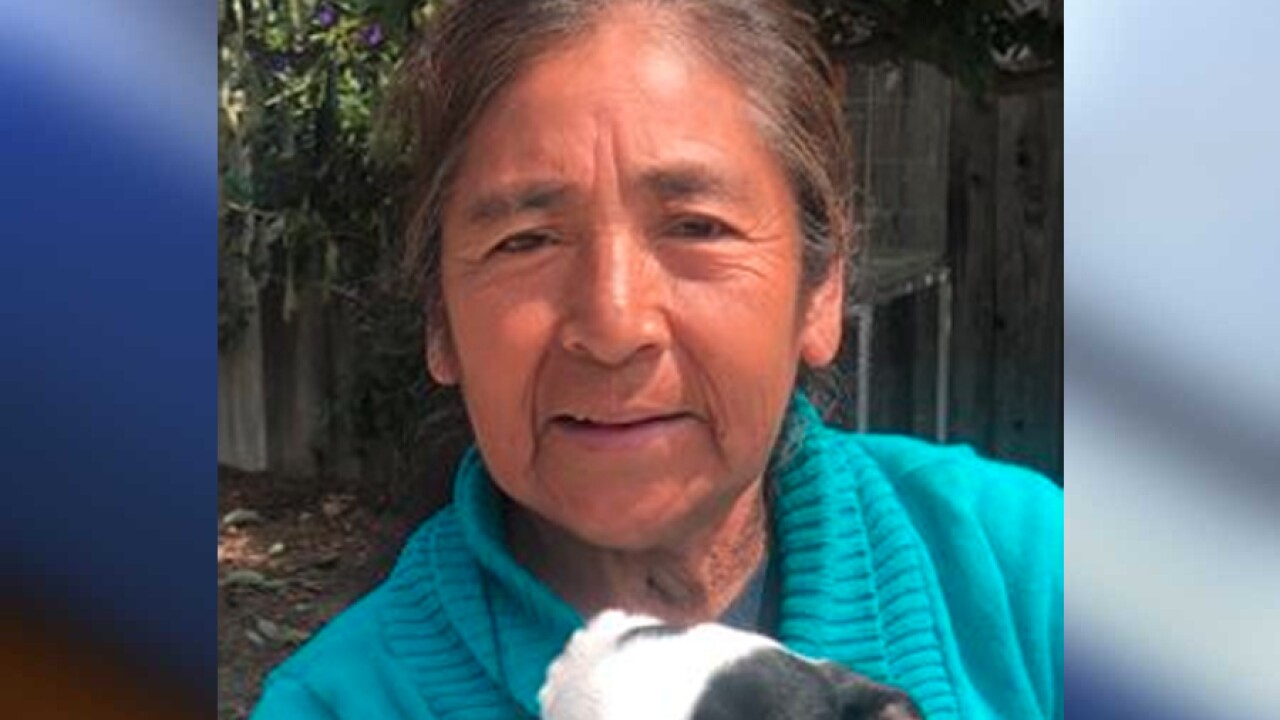 UPDATE: Juana Perez was located in the area where she lives and is safe, according to Oceanside police.

According to police, Juana Perez went missing from an undisclosed area around 7:30 p.m. Tuesday.

She is described as a Hispanic woman four feet, nine inches tall with black eyes, brown hair and was last seen wearing a blue shirt with stripes, black jeans and white tennis shoes.

According to police, Perez suffers from dementia and may not know her name, address or phone number.

Anyone with information on her whereabouts is asked to call Oceanside Police at 760-435-4900.