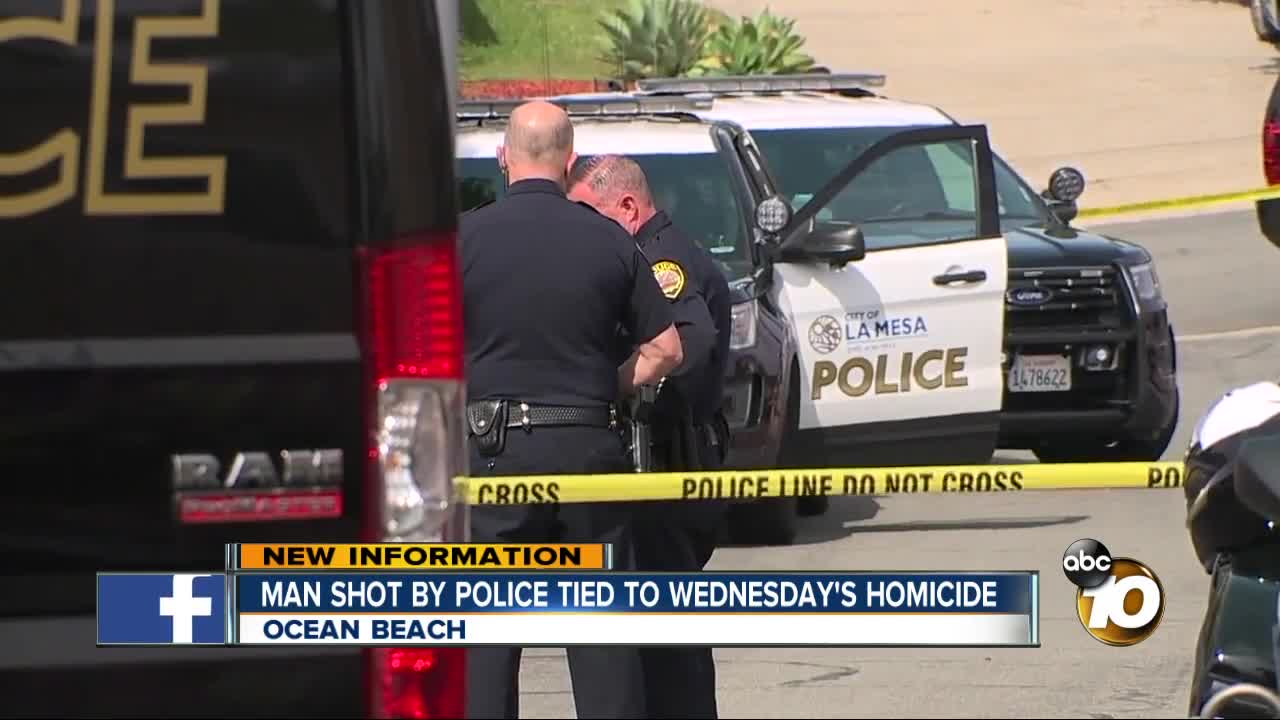 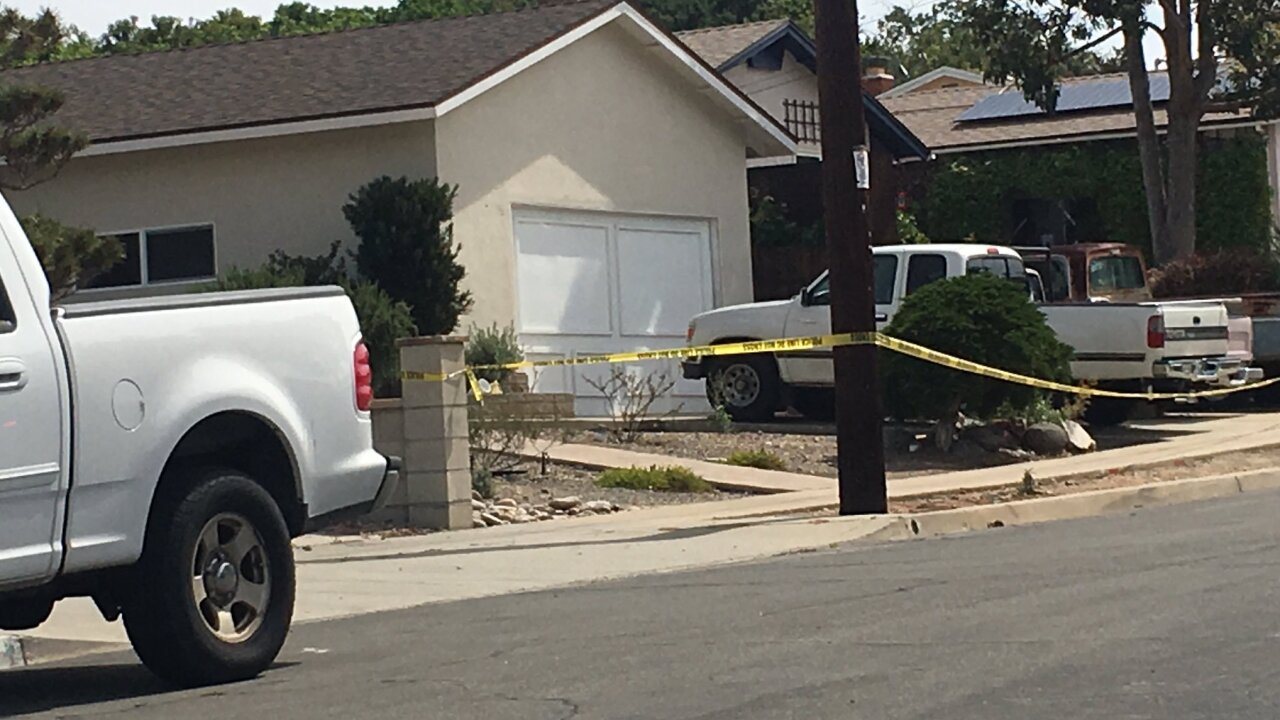 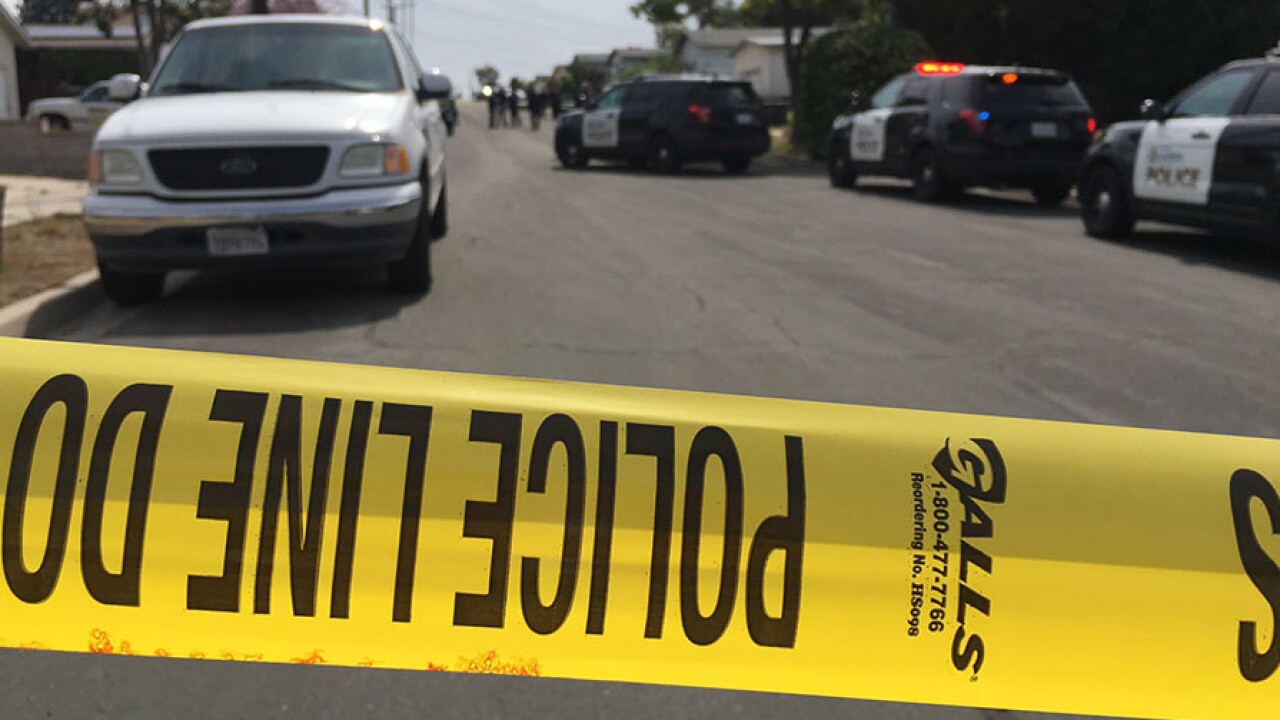 LA MESA, Calif. (KGTV) - A knife-wielding man shot by police inside a La Mesa home Thursday morning is a person of interest in an Ocean Beach homicide, officers said.

La Mesa police said the Thursday shooting happened in a home in the 7900 block of Rainey Street at around 9:15 a.m.

10News learned officers were called to the home in response to a trespassing report. When officers entered the home, they encountered Daniel McKibben, 36, who was armed with a knife, investigators said.

Police said an officer fired three times during the confrontation, with one shot striking McKibben in his hand and another hitting him in the shoulder.

McKibben was taken to the hospital and is in stable condition, police said.

No one else, including the responding officers, were hurt.

A woman told 10News her 83-year-old father and 43-year-old brother live in the home. She told 10News her brother has a mental health issue and has brought homeless people into the home in the past. She said the believes the man shot by officers was homeless and brought there by her brother. The woman noted that the family may file a restraining order against the brother for potentially putting their father's life in danger.

The relationship between McKibben and the residents of the home was not confirmed by police.

Wednesday, police began searching for McKibben in connection with the homicide of a woman in the 5000 block of Niagara Avenue in Ocean Beach.

McKibben's brother had called officers to do a welfare check on his mother before a woman's body was found. McKibben was seen running away from the scene, police said.