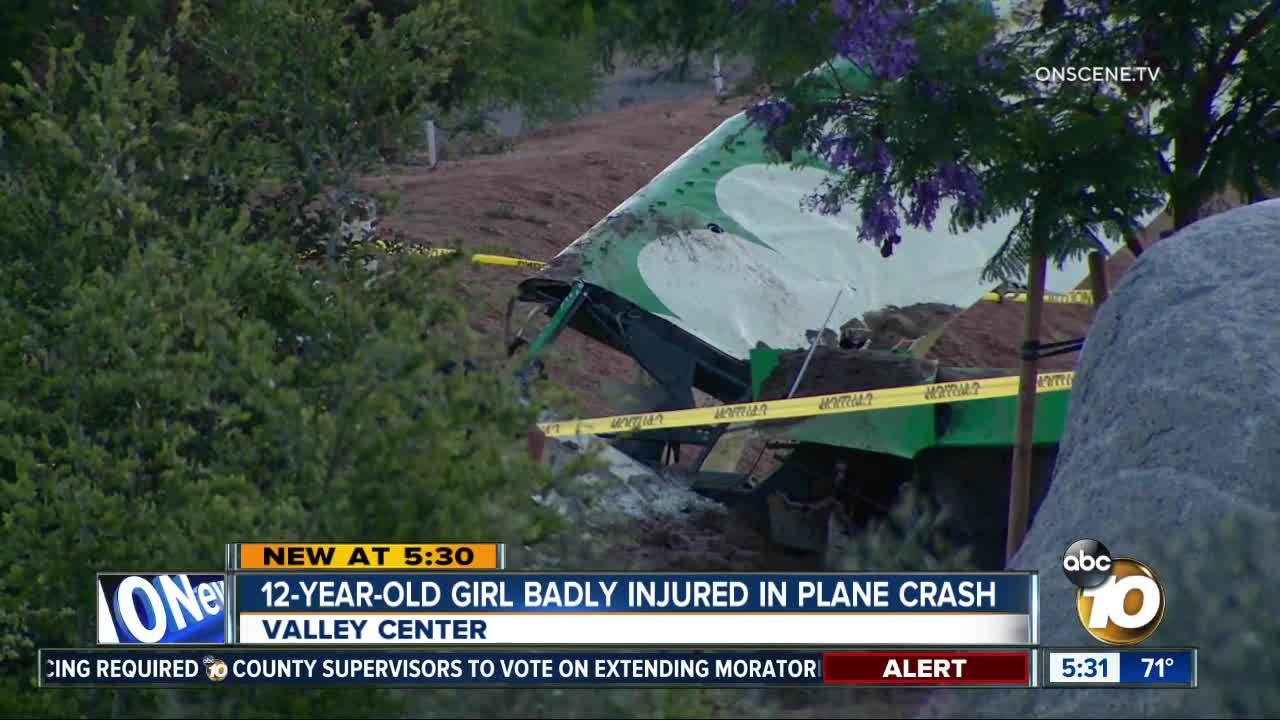 "Racquel is always on our mind, and we are hopeful," said Roxana McInerny.

A smiling photo of her niece Raquel Contreras was taken moments before her uncle Peter Bierle, a seasoned pilot, took her up in his single-engine, experimental aircraft, early Sunday evening. In the flight plan was a special flyover.

"She wanted to fly over her best friend's house and see if she could shout 'Happy Birthday!' and wish her a happy birthday," said McInerny.

McInerny says about 30 minutes into the flight, they reached that friend's home along Palomar Vista Drive. Witnesses reported the plane circling the home and the sound of an engine sputtering, before the plane took a nose dive into the yard.

Bierle, 57, died at the scene. Raquel was badly injured. Dozens of neighbors ran to the plane.

"She was stuck in some debris. They had to cut the seat belts away, I believe, to get her out of the plane," said McInerny.

Raquel was rushed to the hospital with fractures to her skull, sternum and hand, also suffering internal bleeding, a brain bleed and spinal injuries. Raquel is now in stable condition in the ICU, conscious and will survive, but the long-term impact of her injuries remain unknown.

Still, McInerny is beyond thankful.

"It's a miracle to think she has survived that's she's alive and recovering. We are forever grateful to those who helped her and who are helping her now," said McInerny.

A Gofundme campaign has been set up to help the family with expenses.