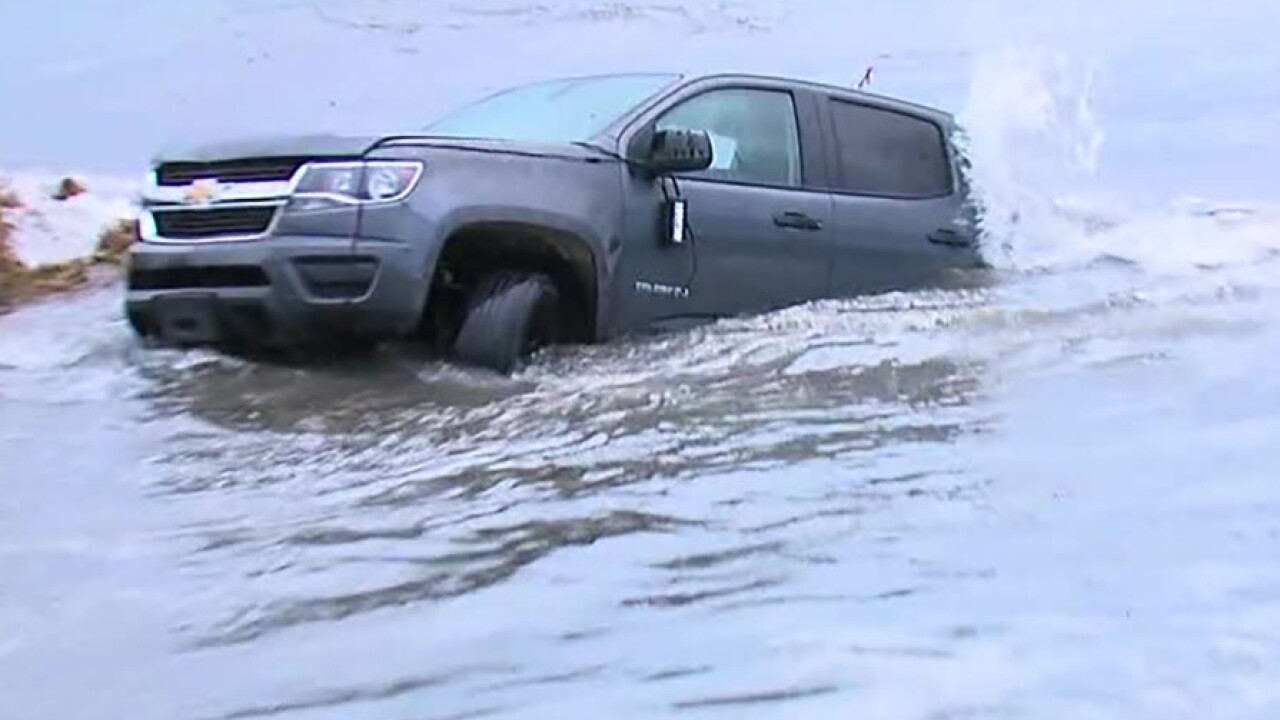 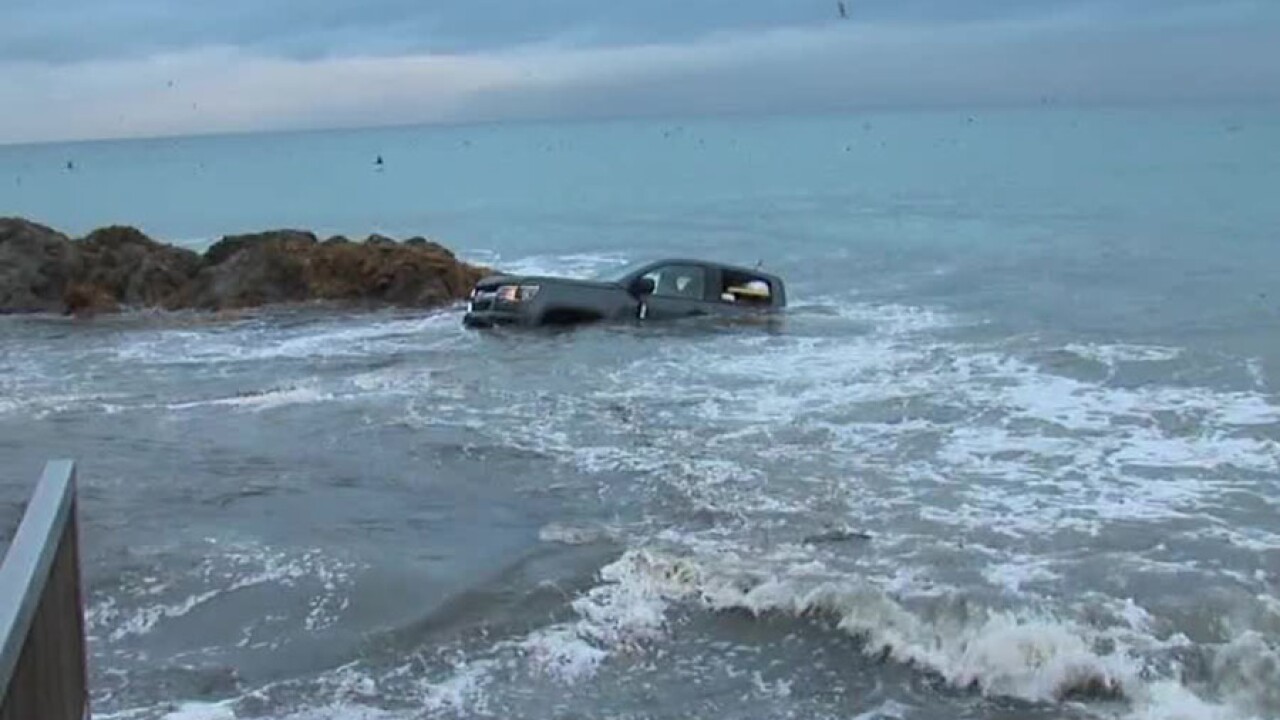 LA JOLLA, Calif. (KGTV) - A tow truck was needed to pull a pickup truck out of the water Thursday morning after it was swept away by waves in La Jolla Shores.

Stewart Billmeyer told 10News he was using his truck to remove seaweed from the boat ramp and beach near Avenida De La Playa at around 8 p.m. Wednesday night in order to gain better access to the water.

Unfortunately, the 52-year-old’s truck became stuck in the sand. Nearby residents said he was revving his engine for hours trying to free the vehicle, and lifeguards were notified of the situation early Thursday morning.

The morning tide then swept Billmeyer’s truck away. He had to jump into the water to retrieve his wallet from the truck.

As his truck slowly floated away, Billmeyer said, “Don’t you think I should go over there and put it in drive and see what happens?”

At around 9:30 a.m., a private two truck company used a winch to pull Billmeyer’s truck from the water. There’s no word on how badly the vehicle is damaged.

Police administered a sobriety test on Billmeyer and he was not arrested.

However, police said Billmeyer faces fines for driving on the beach. He will also likely be billed for the entire cost of retrieving his truck, including the cost of responding lifeguards and police officers.

A man who said he was trying to use his truck to remove seaweed from the beach for better access, watches as the vehicle is swamped by the tide. He was given a sobriety test but not arrested. ⁦@10News⁩ pic.twitter.com/AzFi6PEeca