PETA calls for an end to SeaWorld's 'circus-style' dolphin shows 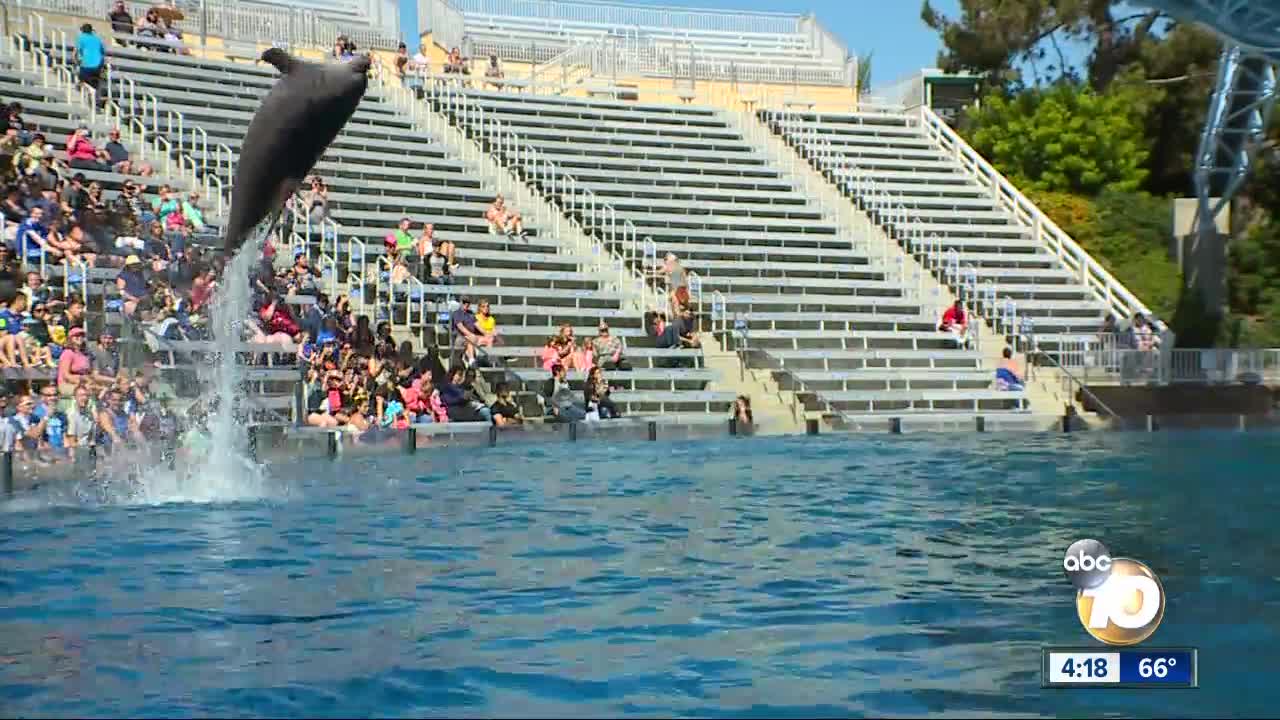 PETA is taking aim at SeaWorld once again, this time hoping to put a stop to the parks' dolphin shows. 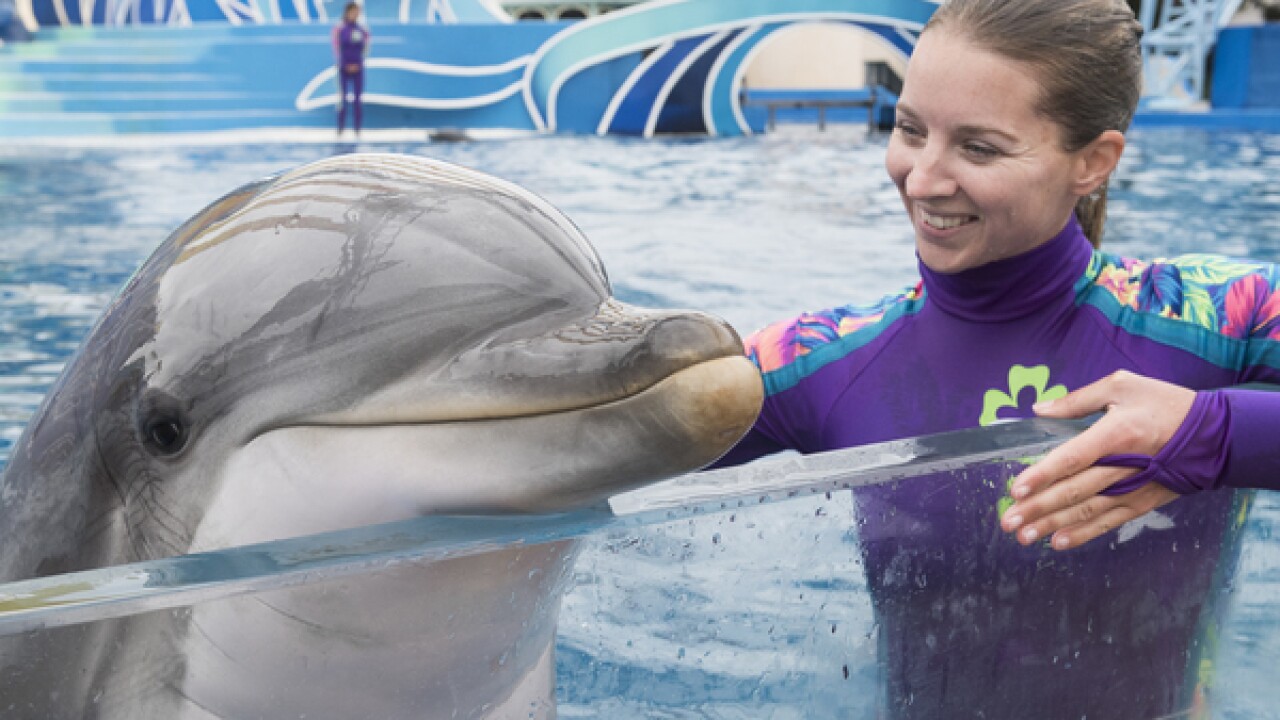 SAN DIEGO (KGTV) — PETA is taking aim at SeaWorld once again, this time hoping to put a stop to the parks' dolphin shows.

Officials held a press conference Wednesday to call out the park for what they called "dangerous," "circus-style" dolphins shows. The group argues trainers use dolphins "as surfboards" and have caused "open wounds and extensive scarring" on the animals.

"SeaWorld ceded to public pressure and said that it would phase out its circus-style orca shows, but dozens of other dolphins are still packed into shallow tanks, forcibly bred, and used as surfboards and launch pads in its shows," Heather Rally, a PETA Foundation veterinarian, said. "PETA is calling on SeaWorld to end these demeaning tricks and stop standing on dolphins' backs and faces."

Rally, "Blackfish" director Gabriela Cowperthwaite, and behavioral biologist Dr. Toni Frohoff presented a report Wednesday in regards to their observations at the parks.

The three argued that the shows, which are performed at all three of SeaWorld's parks, risk damage to dolphins' lower jaws. The group says this, in turn, can harm joints, strain muscles, and damage the animals' hearing.

SeaWorld held its own press conference in response. In a statement, Dr. Hendrik Nollens, vice president of veterinary services at SeaWorld and Busch Gardens parks, called PETA's conference a publicity stunt, adding their paper's claims had no foundation:

Their findings are presented in a white paper, which is the equivalent of an online blog, which is not peer-reviewed. They are also presented in a press conference instead of a scientific journal, in the presence of a moviemaker, which should be a red flag to all of us. Make no mistake, at SeaWorld, we are the animal advocates, and the difference is we actually have marine mammal and dolphin expertise; you cannot perform a veterinary exam from the stands.

None of these behaviors are a veterinary or animal health concern. We have never diagnosed any injury associated with performing these behaviors, whether during presentations or interactions. If we did, we would have eliminated them by now. We also know for a fact that they do not cause any discomfort on the animals, because otherwise they wouldn’t come right back and do it again.