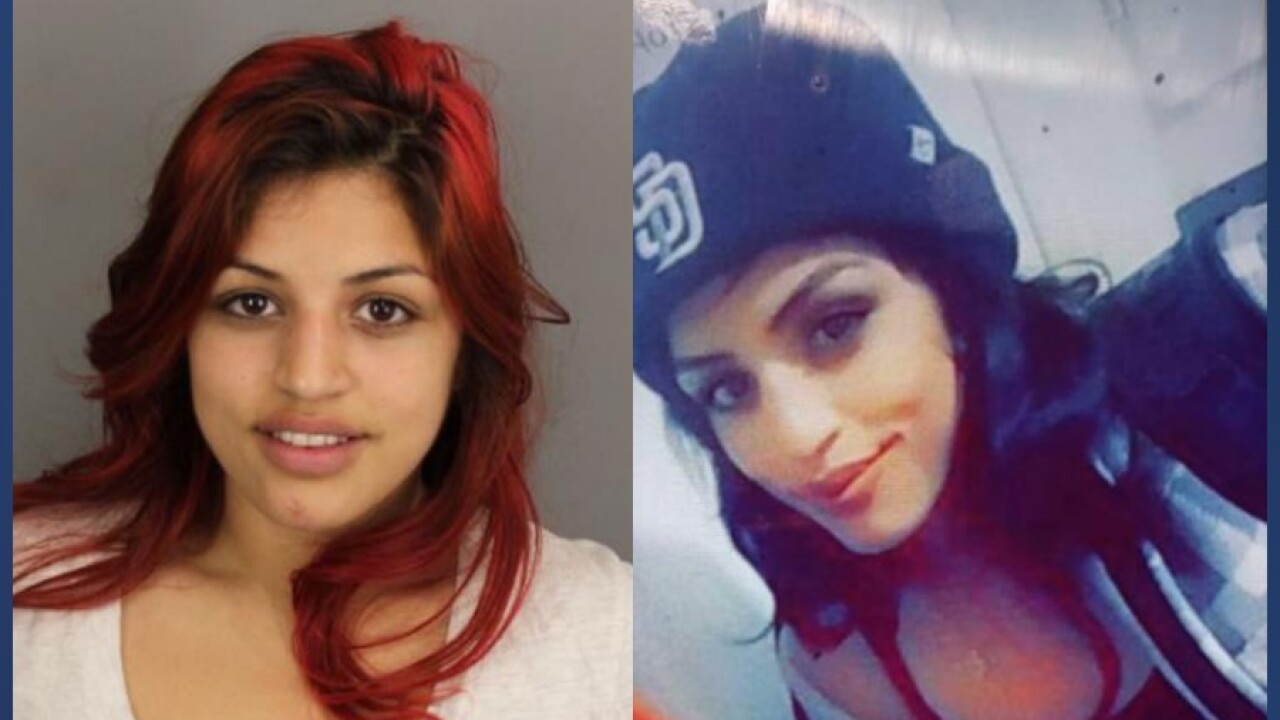 SAN DIEGO (KGTV) -- San Diego police are searching for a woman they have identified as a person of interest in a recent homicide case in the Talmadge area.

Police believe 25-year-old Sheila Camarena may be linked to a deadly shooting that occurred on Sept. 18, in the 4400 block of Euclid Avenue.

According to police, in the early morning hours of Sept. 18, officers responded to a reported shooting in which a 33-year-old Black man was injured.

The victim was taken to the hospital, where he was pronounced dead. He was identified by police as Mychael Farve.

A witness said the suspected shooter may have fled the scene in the victim’s vehicle, but police did not verify the witness’ statement.

Camarena is Hispanic, 5 feet 5 inches tall, and weighs 170 pounds. She has black hair and brown eyes, but police noted Camarena is known to dye her hair blonde and/or red.

According to police, Camarena is considered armed and dangerous.

Anyone with information on her whereabouts or the Sept. 18 case is urged to contact Crime Stoppers at 888-580-8477.

Crime Stoppers is offering a reward of up to $1,000 for information that leads to an arrest in the case.