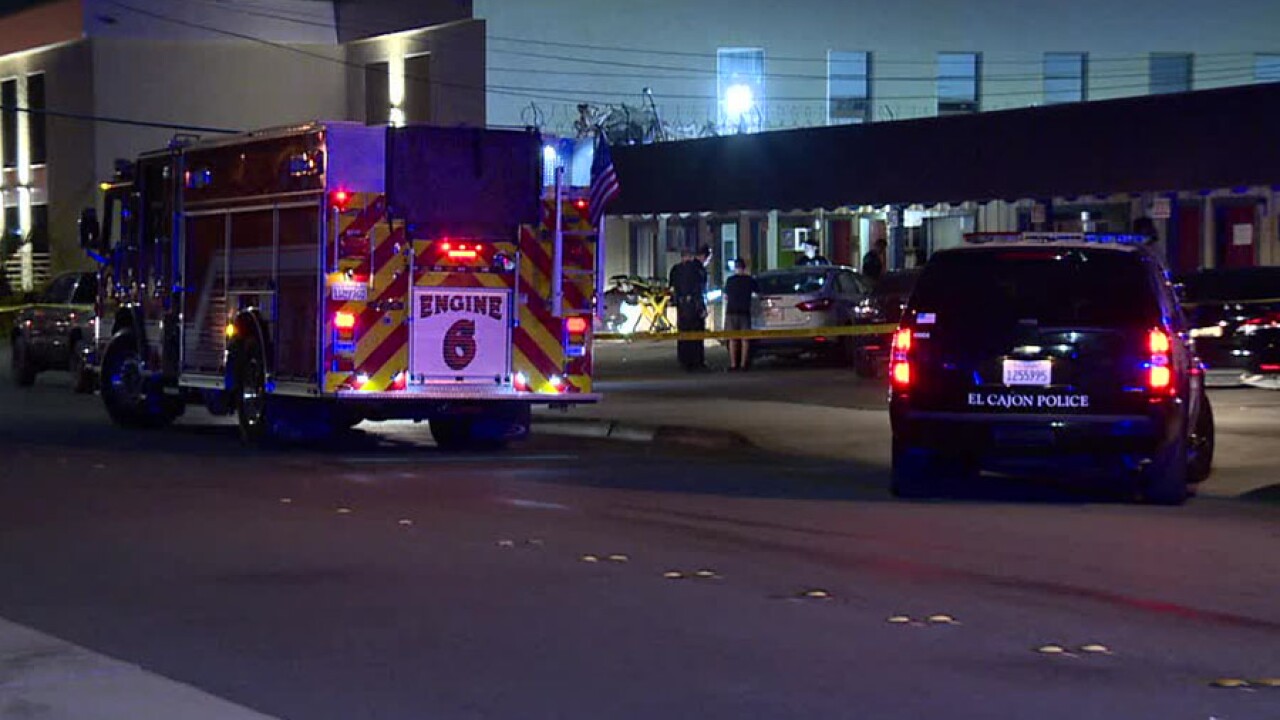 SAN DIEGO (CNS) - Police today are investigating the death of a person who was shot inside a marijuana dispensary in El Cajon.

Witnesses said the victim and another man were arguing when the man suddenly brought out a handgun and shot the victim at least once, Miller said.

Officers entered the dispensary, which was operating illegally, and found the victim laying on the floor unresponsive, Miller said. Paramedics arrived and performed life-saving measures, but the victim was pronounced dead at the scene.

The suspect fled on a blue motorcycle toward Van Houten Avenue. He is described as a six-foot-tall Hispanic male in his 30s of medium build, wearing tan pants and a black shirt with the words ''security'' printed on it.

"The suspect is still outstanding and should be considered armed and dangerous,'' Miller said in a statement. Police are investigating the homicide and could not immediately determine the victim's relationship with the suspect or the business.

The intersection of West Douglas Avenue and South Sunshine Avenue was blocked this morning as detectives worked at the scene. Anyone with information about the homicide is urged to call the El Cajon Police Department at 619-579-3311 or San Diego County Crime Stoppers at 888-580-8477.