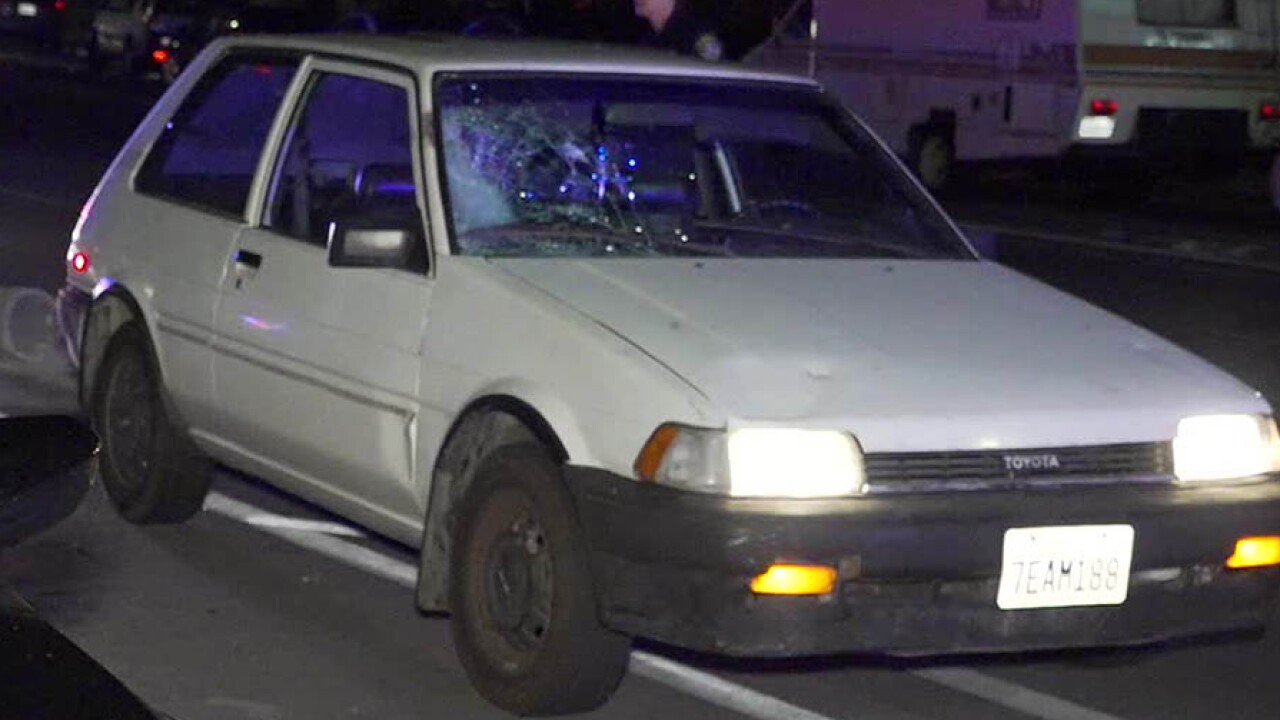 SAN DIEGO (KGTV) – A pedestrian was rushed to the hospital with serious injuries after being struck by a car in San Diego’s Webster neighborhood Wednesday morning.

The collision happened at around 5:15 a.m. in the 4700 block of Home Avenue, near Euclid Avenue, according to San Diego police.

10News learned a car was traveling eastbound when it hit a person crossing the roadway.

The driver remained at the scene for police questioning while the pedestrian was taken to the hospital.

No further details on the driver and the victim were immediately released.

The crash investigation forced police to close Home Avenue in both directions, between Euclid Avenue and 47th Street, for an extended period.