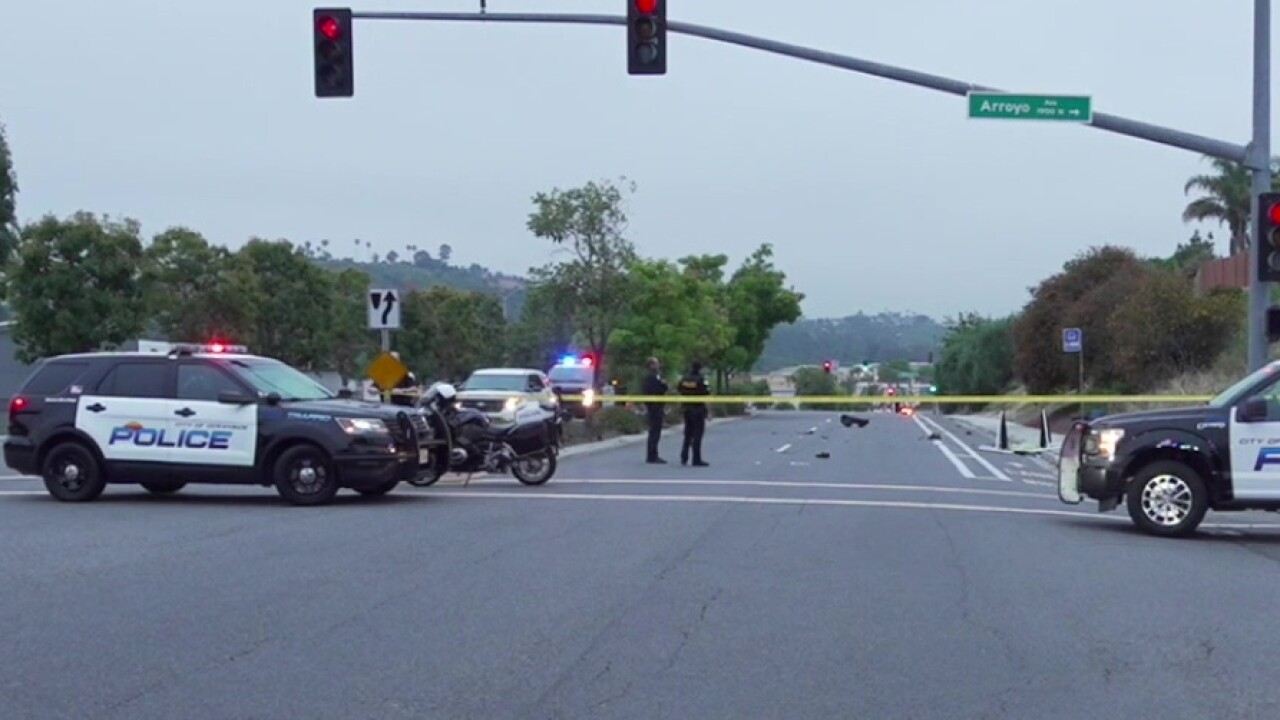 Paul Anderegg/KGTV
Pedestrian hit by car on Arroyo Avenue (May 27, 2020)

OCEANSIDE, Calif. (CNS) - A vehicle struck and killed a pedestrian on an Oceanside street Wednesday.

The traffic fatality occurred about 5 a.m. on Oceanside Boulevard, near Arroyo Avenue, according to police.

The 52-year-old pedestrian died at the scene. His name was withheld pending family notification.

Initial evidence suggested that the victim was in or near a crosswalk when he was struck by the vehicle, Sgt. Rick Davis said.

"The investigation into the cause of this collision is still ongoing, and at this time fault has not been determined," the sergeant said in the late morning.