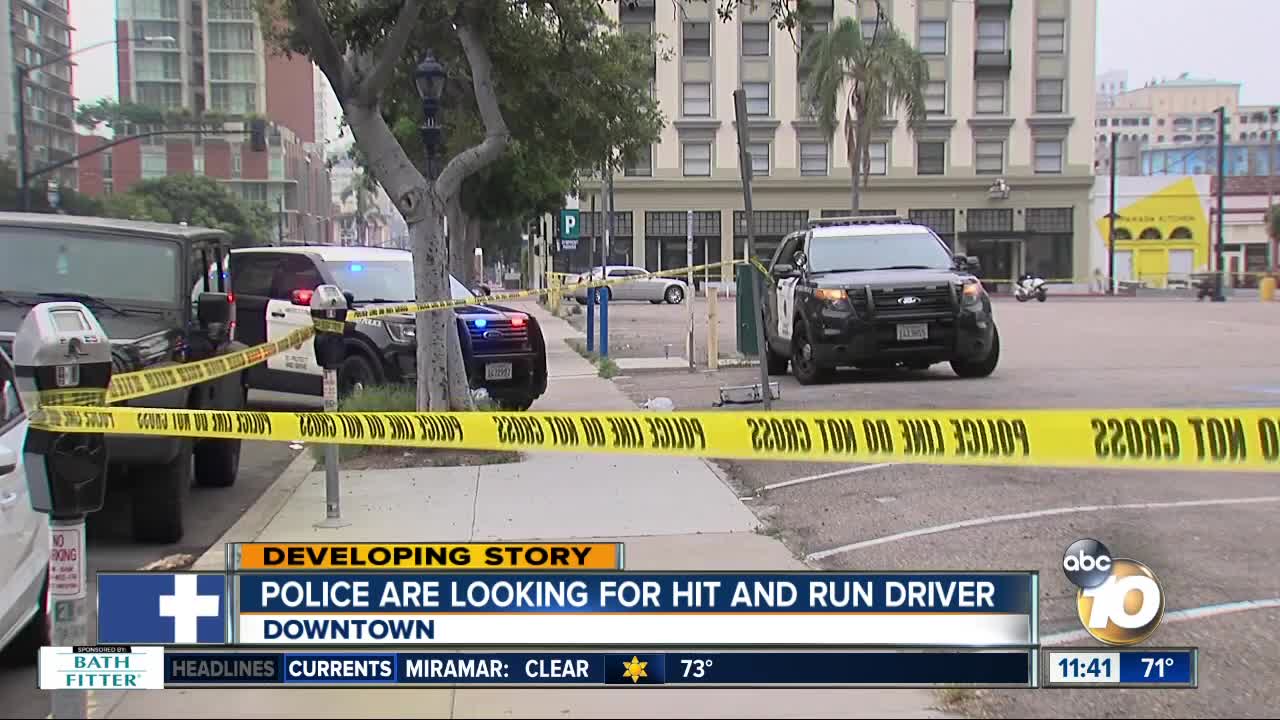 San Diego police are looking for a pickup truck that hit a man in a parking lot and then continued to drive away.

SAN DIEGO (KGTV) -- A driver is being sought after a hit-and-run crash in a downtown San Diego parking lot left a man dead early Tuesday morning.

San Diego police said the collision happened at around 4:30 a.m. in a pay parking lot in the 800 block of B Street, near Eighth Avenue.

A witness called 911 to report a black truck hit a man in the lot and then sped away westbound on B Street.

Emergency responders performed life-saving measures at the scene and then rushed the victim to the hospital, but he died upon arrival.

The truck was described as a mid-1990s Ford F150 truck with a custom flatbed, and a chrome diamond-patterned toolbox and spare tire in the bed.

A description of the driver and the truck's license plate number were not available.

Based on surveillance video, police said they believe the crash was not an intentional act.