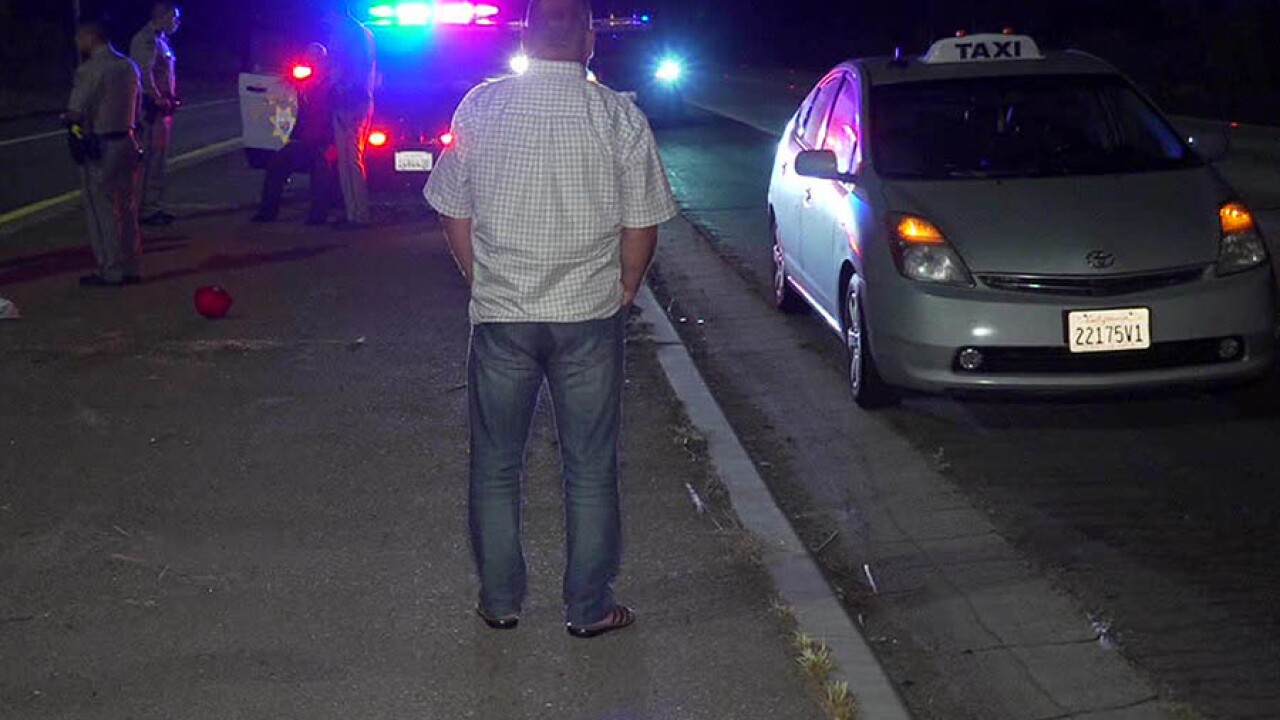 SAN DIEGO (KGTV) – A taxi driver was allegedly attacked by two of his passengers after they claimed he was taking a longer route to raise the fare.

Shortly after 10 p.m. Tuesday, the taxi driver was giving two men a ride on westbound state Route 52 when the disagreement occurred, according to a California Highway Patrol sergeant.

The sergeant said the men were upset with the route the driver was taking and one of them put the driver in a chokehold.

The driver managed to pull over on the right shoulder, got out and called 911 as he ran away -- with the two men chasing him.

Officers arrived and took the two passengers into custody.

The driver told officers that one of the men appeared to be very intoxicated.