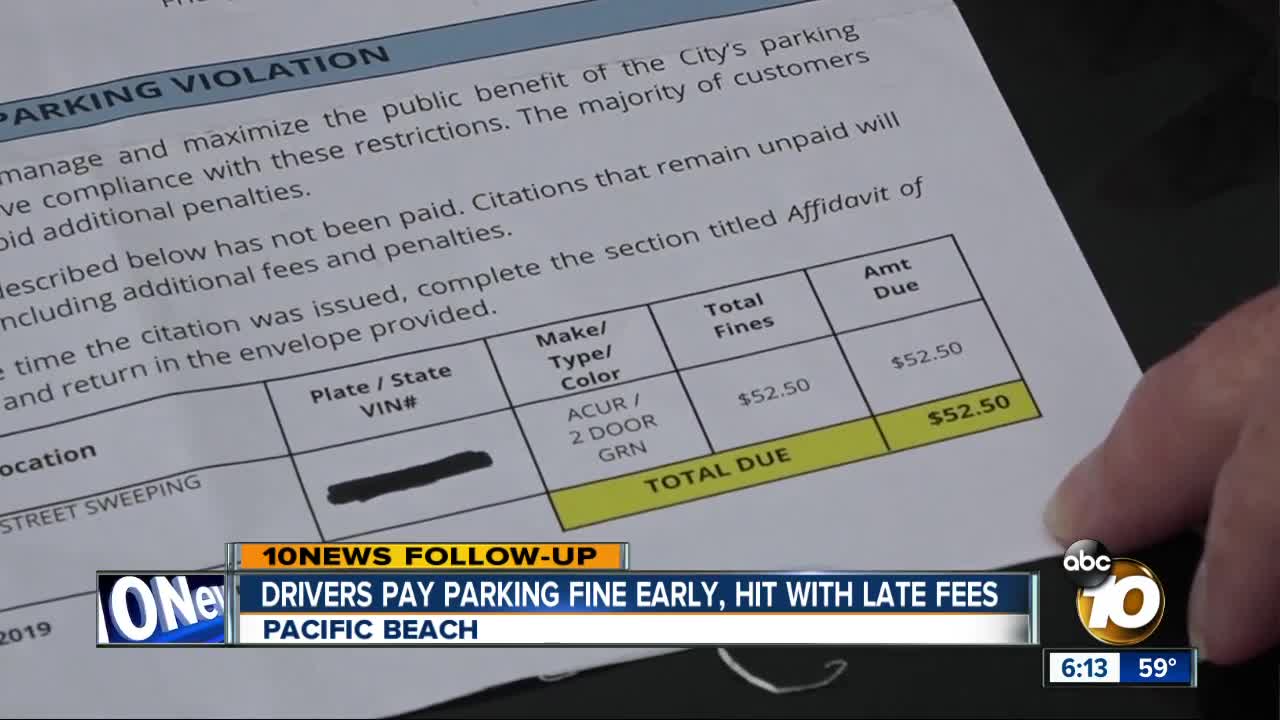 Another San Diego driver has come forward, after she got hit with a late fee despite paying her parking ticket early. 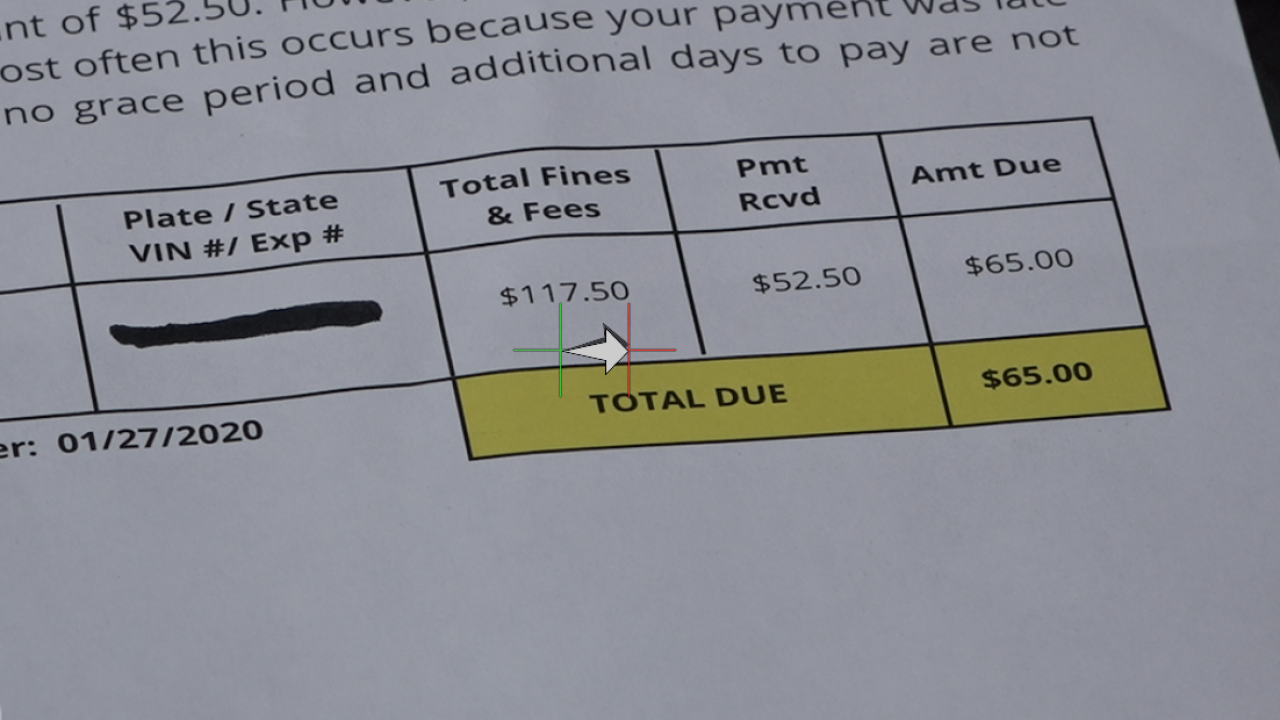 SAN DIEGO (KGTV) - Another San Diego driver has come forward, after she got hit with a late fee despite paying her parking ticket early.

In early November 2019, Pamela Moes parked on Thomas Avenue in Pacific Beach and went for a walk on the beach. She was parked in a street sweeping zone.

"A truck blocked the 'No Parking' sign when I parked, but it's no excuse. I knew the rules," said Moes.

Moes likes have things taken care of quickly, so she went home and mailed out a check for $52.50 that afternoon.

A few weeks later, she got a notice from the city: they hadn't received her payment and she would soon be delinquent. She stopped payment on her first check, drove to the Parking Administration office downtown, and paid for the fine in person.

"I thought everything was taken care of. Now I really don't have to worry about anything," said Moes.

She was wrong. In late December 2019, she got another notice from the city. The ticket was paid, but she had been hit with a late fee of $65.

"I was angry and frustrated because I paid for it in person!" said Moes.

Turns out when the processing center in Inglewood couldn't deposit the check she stopped payment on, a $65 late fee was assessed, even though she was already paid in full.

"How is this happening? They have to be talking to one another. There has to be some communication," said Moes.

Moes is hardly alone. Last week 10News reported on a North Park driver named Stacy, who paid her fine early — a week after Moes paid hers — and also got hit with the same late fee. The city at that time blamed delays on processing with new equipment and "connectivity issues" at the Inglewood facility.

Moes has since made a final payment for the late fee so she could be done with it.

10News reached out to a city spokesperson about Moes' case, along with a list of questions about the overall issues and the number of people impacted. A spokesperson says they've begun looking into it and will release a response.

The city released the following statements in the previous story:

"Check payments are processed by a third party vendor located in Inglewood, Calif. The average processing time in calendar year 2019 was six days for payments mailed to the vendor. Recently, the vendor encountered delays due to the installation of new remittance processing equipment. The new equipment had connectivity issues which created a backlog of payments.

Customers who reached out to the Office of the City Treasurer during the backlog were advised not to stop payment on their checks, the postmark date was considered the legal payment date. When the payments were processed, the postmark date would automatically roll back any late fees if assessed. The Office of the City Treasurer generally advises customers to use the online option as the payments are posted in real-time ..."