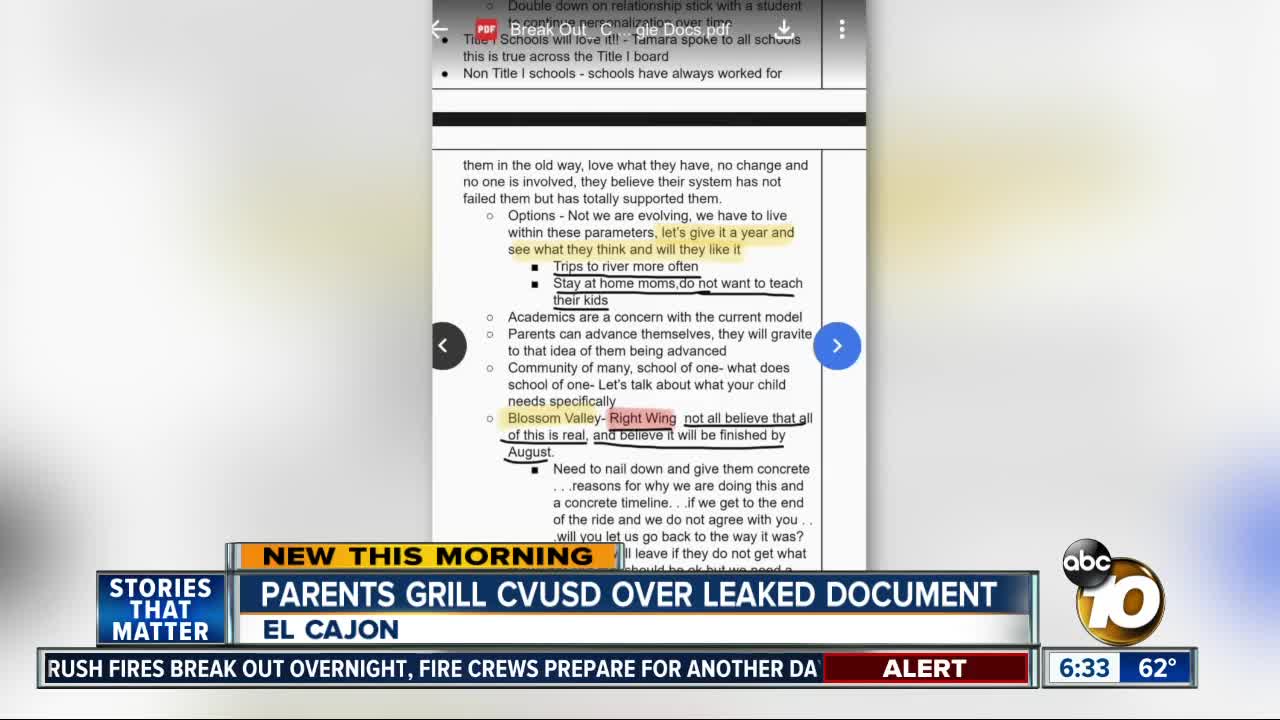 Some parents are upset after a document from the Cajon Valley Union School District was accidentally shared. 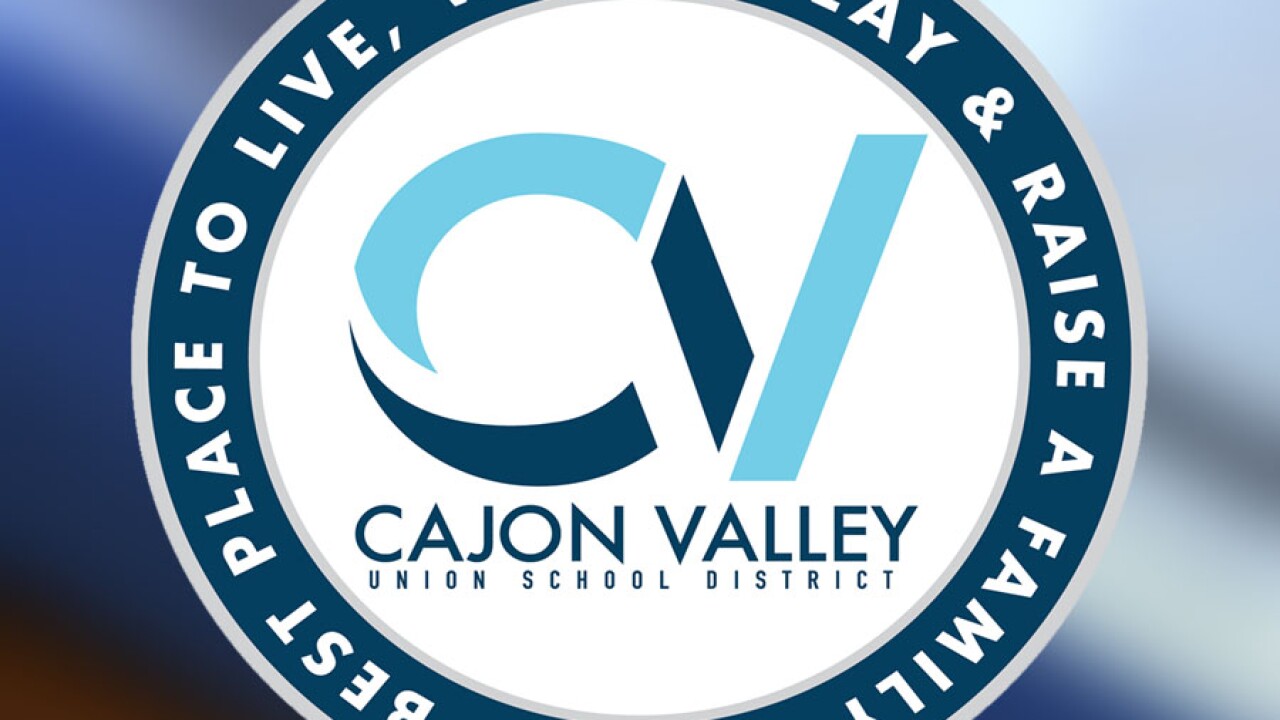 EL CAJON, Calif. (KGTV) -- Some parents are upset after a document from the Cajon Valley Union School District was accidentally shared.

Under one of the sections in the notes is language describing parents as “stay at home mom, do not want to teach their kids,” as well as references to some parents being “right-wing” and “not all believe this is real and believe it will be finished by August.”

Several parents obtained the document and were upset with how they were described. Demanding answers, some parents showed up at a closed-door district meeting on Tuesday evening where reopening plans were being discussed.

Miyashiro sent 10News this statement on the matter: “I've both apologized to the parent community on our behalf and also addressed this with the employee. They weren't meant for public view but there's no excuse ... we don't speak about anyone that way.”

Parents who spoke to 10News about the notes said they want something to come out of this situation, whether it’s training or education for staff members.

The district, made up of 16 elementary schools and five middles schools, serves over 17,000 students in various communities in and around El Cajon.