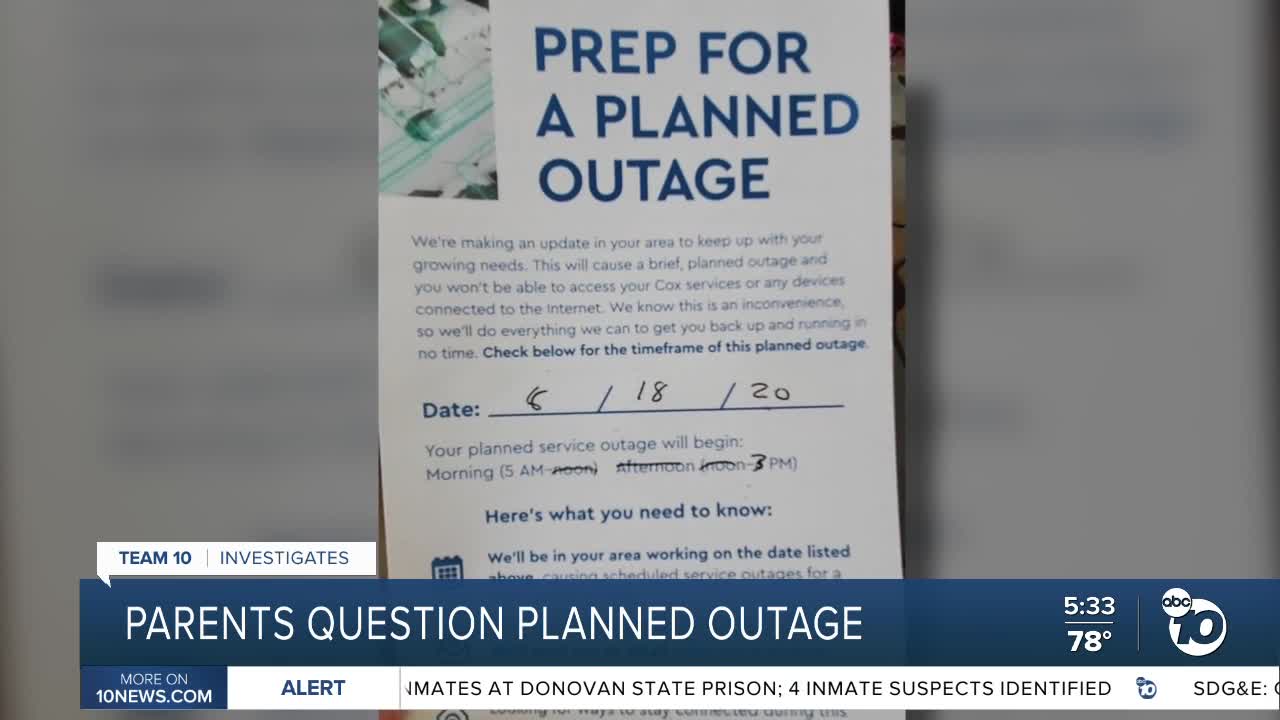 Parents are questioning why Cox Communications is planning an outage during the day while students are in distance learning. 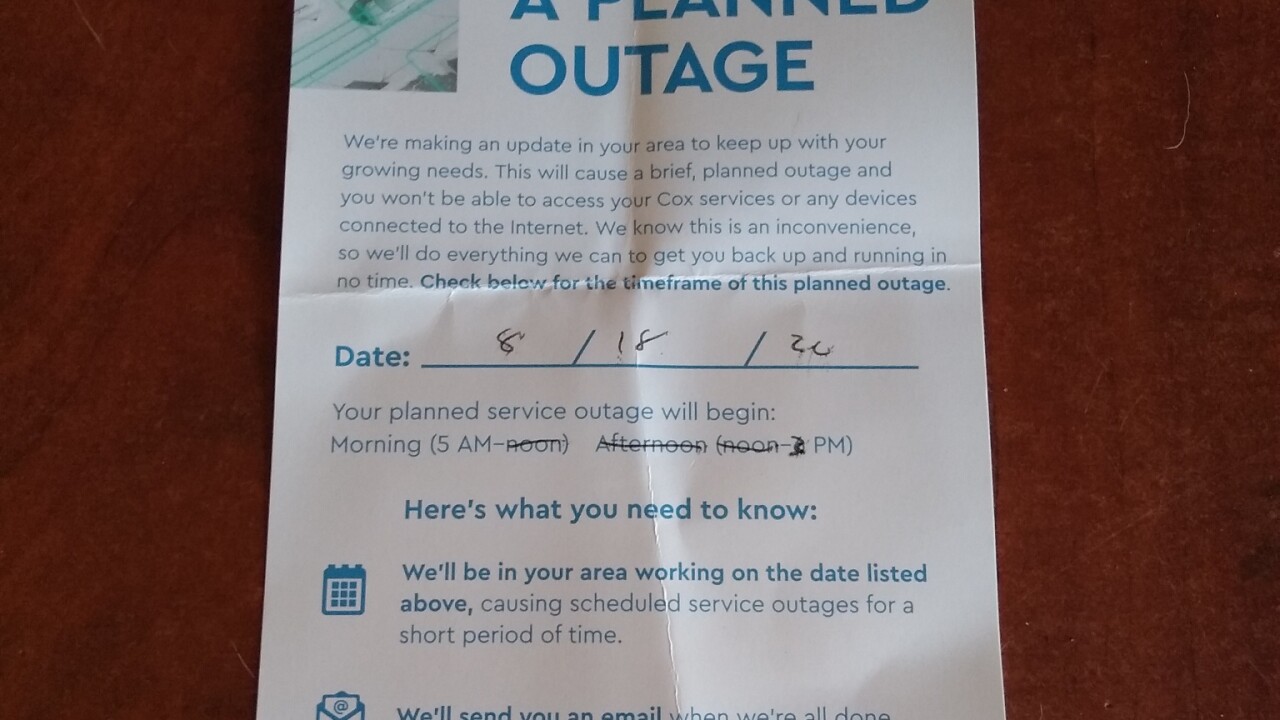 IMPERIAL BEACH (KGTV) -- Some South Bay parents said they are frustrated with their internet company after they learned of planned outages during the middle of the school day.

Michael Crawford’s daughter is in her first year of high school and like many local students, is starting the year online. Crawford said the transition to virtual learning has not been easy for her. When he learned of the Cox communications outage planned for Tuesday, Crawford said it only added insult to injury. According to a notice he received on his door Friday, the planned service outage was slated to begin at 5 a.m. and last until three in the afternoon.

He called Cox Communications, but did not get any answers. “I spent an hour on the phone with them. The lady seemed very sympathetic at first and then she [came] back on the phone and said there’s nothing we could do about it,” Crawford said.

His neighbors received the same notice about the planned outage. Crawford questioned why the company doesn’t perform the work later in the day or on the weekends.

“I pay them $300 a month for my services and that’s just my house,” Crawford said. “This is a lot of money they’re making and I don’t see why they can’t just pay some overtime for a Saturday. We’re all making sacrifices right now and even the big companies need to make the sacrifices as well.”

A Cox Communications spokesperson confirmed the outage due to network upgrades. She said the time on the notice is a window and the average time that a customer is without service is two hours.

“We recognize the inconvenience to our customers,” said spokesperson Ceanne Guerra. “Our crews are working really hard to complete this work as quickly as possible. This work is going to support their changing needs as they’re working from home and schooling from home.”

Guerra said while they do work during off-peak hours, it is not possible to do so all the time.

ABC 10News contacted the Sweetwater Union High School District regarding what students should do during any internet outages. “We ask students to work with teachers individually to ensure they receive their assignments and can work offline as best possible,” said spokesperson Manny Rubio.