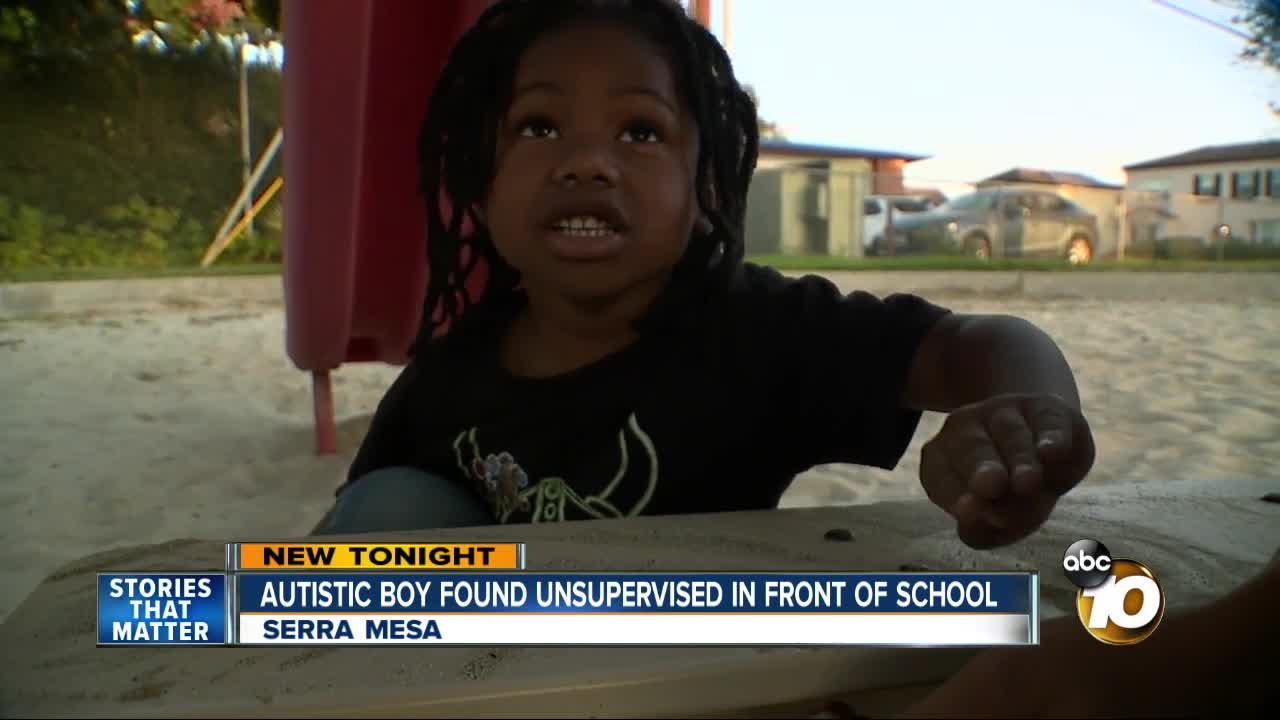 SAN DIEGO (KGTV) -- The parents of a four-year-old autistic boy said their son wandered to the edge of his Serra Mesa school campus unsupervised and was later found playing in a puddle near the street.

Karlenea Mckinneydavis told 10News her son Westin had been inside Angier Elementary School’s auditorium during lunch last Monday, but he managed to escape through a front door without anyone noticing.

Westin was found near the sidewalk in the front of the school, playing in a puddle made by the sprinklers, she said.

It’s unclear how long he was out there before anyone noticed, but Mckinneydavis believes it was about five minutes.

Westin was uninjured, but his mom was concerned the situation could have been much worse.

A spokesperson with San Diego Unified School District did not provide any specific details on the incident but said the child never left campus and called it a “misunderstanding.”

10News learned the boy’s family has hired a lawyer and are considering legal action against the school.