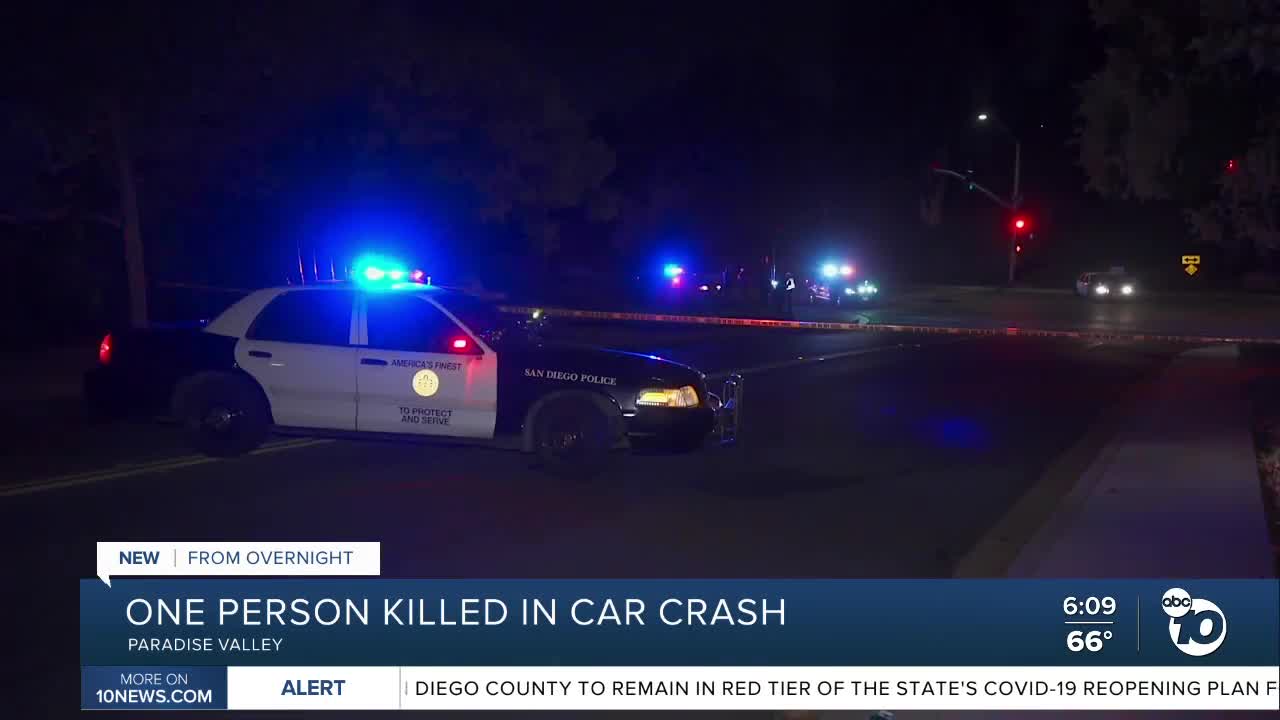 SAN DIEGO (KGTV) – A driver was taken into custody after a passenger in his car died following in a crash in Paradise Hills early Wednesday morning.

According to San Diego police, an 18-year-old driver and four passengers were in a car traveling westbound in the 6100 block of Paradise Valley Road at around 2 a.m. when the crash occurred.

Police said the driver tried to make “an unsafe left” onto southbound Munda Road, but the car veered off the roadway and went down an embankment.

All five people were able to get out of the car and made their way back to the street, but police said an 18-year-old girl had to be taken to the hospital.

The girl, who was not identified, later died at the hospital from internal injuries.

The driver fled the scene, but officers -- with the help of a helicopter overhead -- found him hiding in bushes a few blocks away surrounded by coyotes.

The crash remains under investigation.