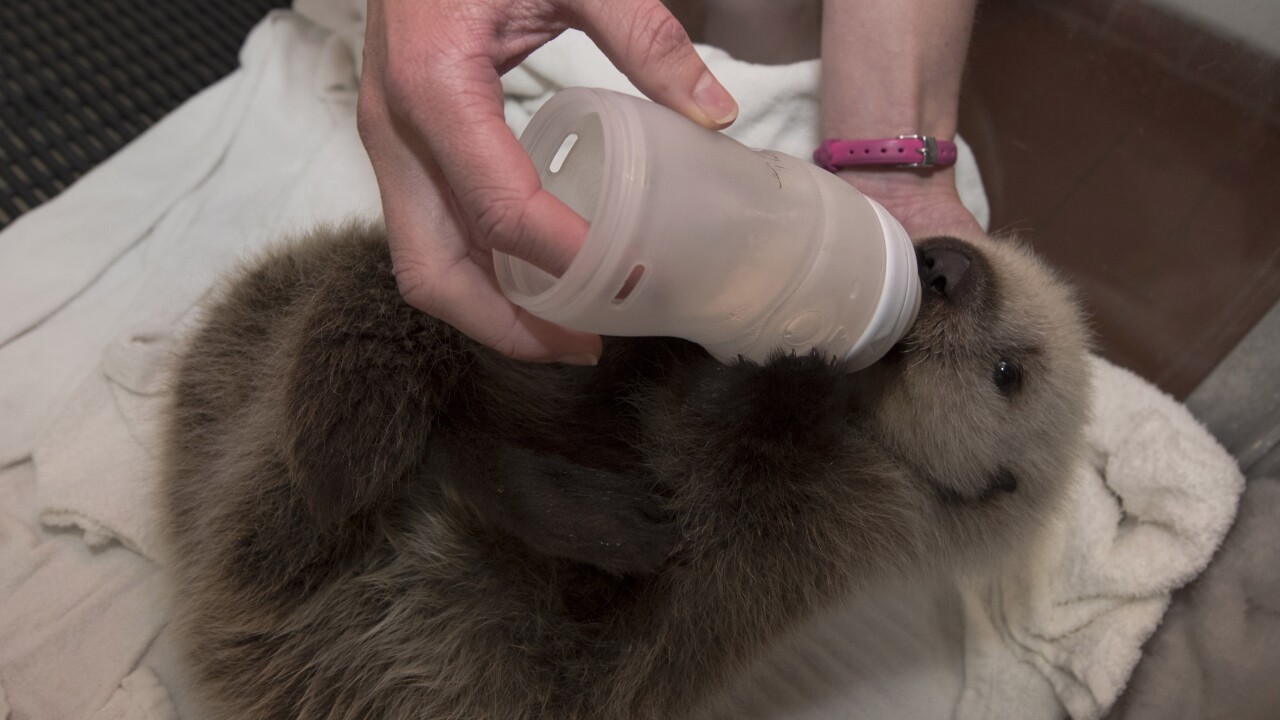 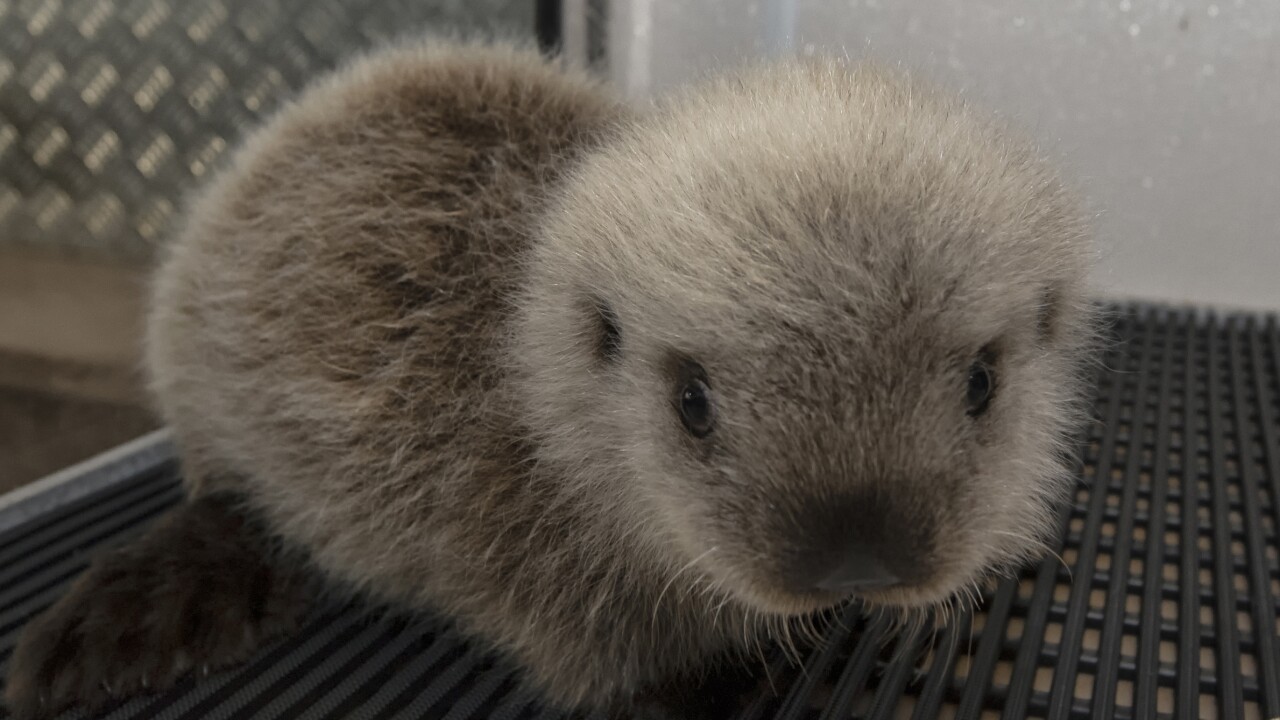 SAN DIEGO (KGTV) — A five-week-old sea otter found stranded by strong currents in Alaska is now being cared for by SeaWorld San Diego.

SeaWorld announced the sea otter pup, Cinder, was found orphaned near Homer, Alaska, on Aug. 18 before being brought to their care last Saturday. Cinder was underweight and dehydrated when she was taken to the Alaska SeaLife Center in Seaward, Alaska.

But the young otter pup learned quickly to feed from a bottle and stabilized before making the trip to San Diego.

Since the U.S. Fish and Wildlife Service has deemed her non-releasable, SeaWorld's Animal Rescue Team and veterinarians have provided constant care in the park's sea otter nursery.

SeaWorld says Cinder's condition is good and she's adjusting well to her new home. Staff are also acting as a sort of surrogate mother, helping Cinder learn to swim and groom herself.

For the time being, the sea otter will remain in the park's nursery. But soon, she'll be introduced to the park's four other female sea otters — which are also rescued orphaned pups.

The park hopes to be able to introduce Cinder to park visitors in the near future.