One dead in motorcycle crash in Lemon Grove 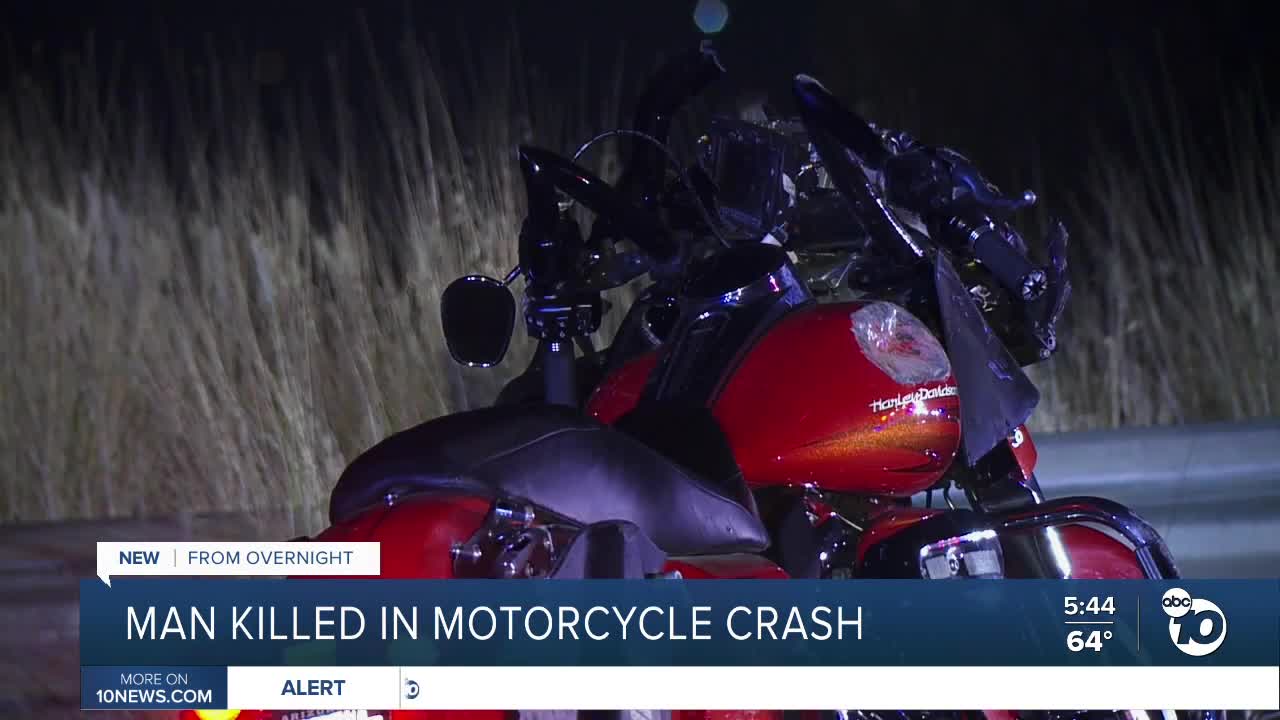 San Diego (KGTV) -- A person was killed when their motorcycle crashed into a guardrail while riding with friends.

Police received the report of the crash at the intersection of Sweetwater and Shannonbrook Court just after 10:30 p.m. in Lemon Grove.

Police closed the intersection to investigate how the motorcyclist lost control.

The victim died at the scene, their name was not immediately released.