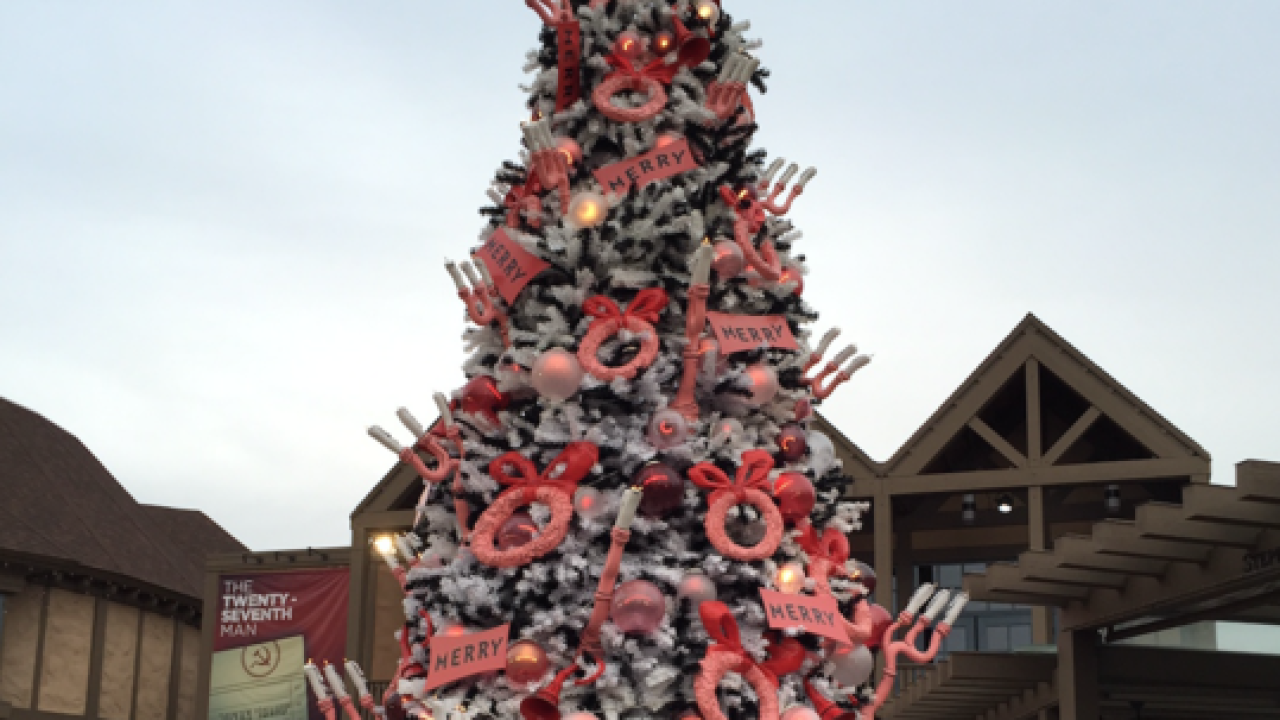 Copyright 2017 Scripps Media, Inc. All rights reserved. This material may not be published, broadcast, rewritten, or redistributed.
Have you seen "How the Grinch Stole Christmas" tree? It's in front of the Old Globe Theatre.

The ceremony will feature songs, videos, and special hellos from some of the theater's favorite company members from the past 22 years, James Vasquez, director of the theater's production of ``"Dr. Seuss' How The Grinch Stole Christmas." The Grinch himself will present the final countdown to the lighting of the tree.

Designed by Grinch scenic designer John Lee Beatty, the tree will be located in the center of the Globe's Copley Plaza and will remain through December 31. Holiday photos can be taken in front of the tree each evening.

Social distancing and masks are strongly encouraged on the Globe's Copley Plaza.

Modeled after Shakespeare's Old Globe in London, San Diego's Old Globe Theatre in Balboa Park was built in 1935 for the presentation of abridged versions of Shakespeare's plays as part of the California Pacific International Exposition.

The Old Globe annually produces 15 productions, ranging from Shakespeare to an ongoing emphasis on the development and production of new works.