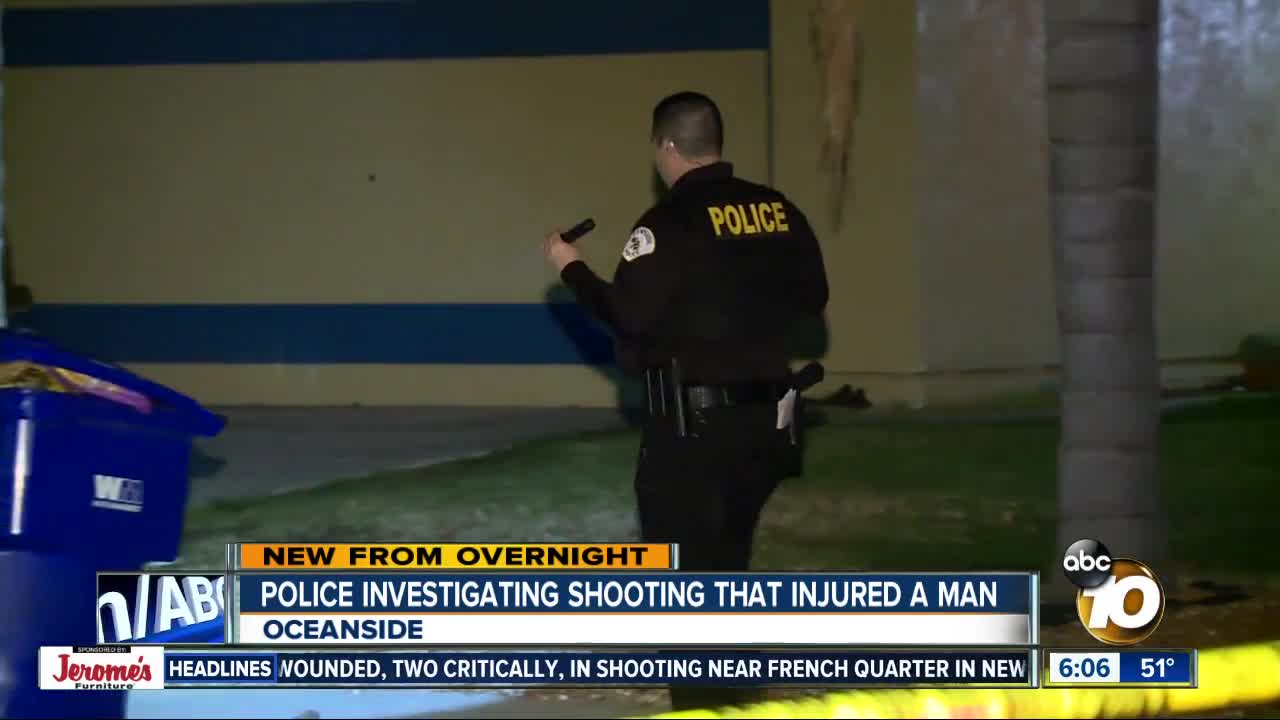 A man was taken to the hospital after being shot in an area near the Oceanside Golf Course.

OCEANSIDE, Calif. (CNS) - A 43-year-old man suffered a gunshot wound to his back after he opened the front door of his Oceanside home to a man asking for someone, police said.

The shooting was reported around 10:55 p.m. Sunday at a house in the 4500 block of Vineyard Way, south of Oceanside Golf Course in the North Valley neighborhood, Oceanside police spokesman Tom Bussey said.

Paramedics took the victim to a hospital for treatment of his injuries, which were not believed to be life-threatening, Bussey said.

The victim told officers that the gunman, described as a heavyset man in his 20s wearing a black hoodie, came to the front door and asked for someone when the victim opened the door, Bussey said.

After the victim closed the door, the gunman fired multiple shots through the door before fleeing, the spokesman said, adding that the victim did not know the gunman.

Police responded and searched the area with the help of a sheriff's helicopter and police dogs, but they were unable to find the gunman.