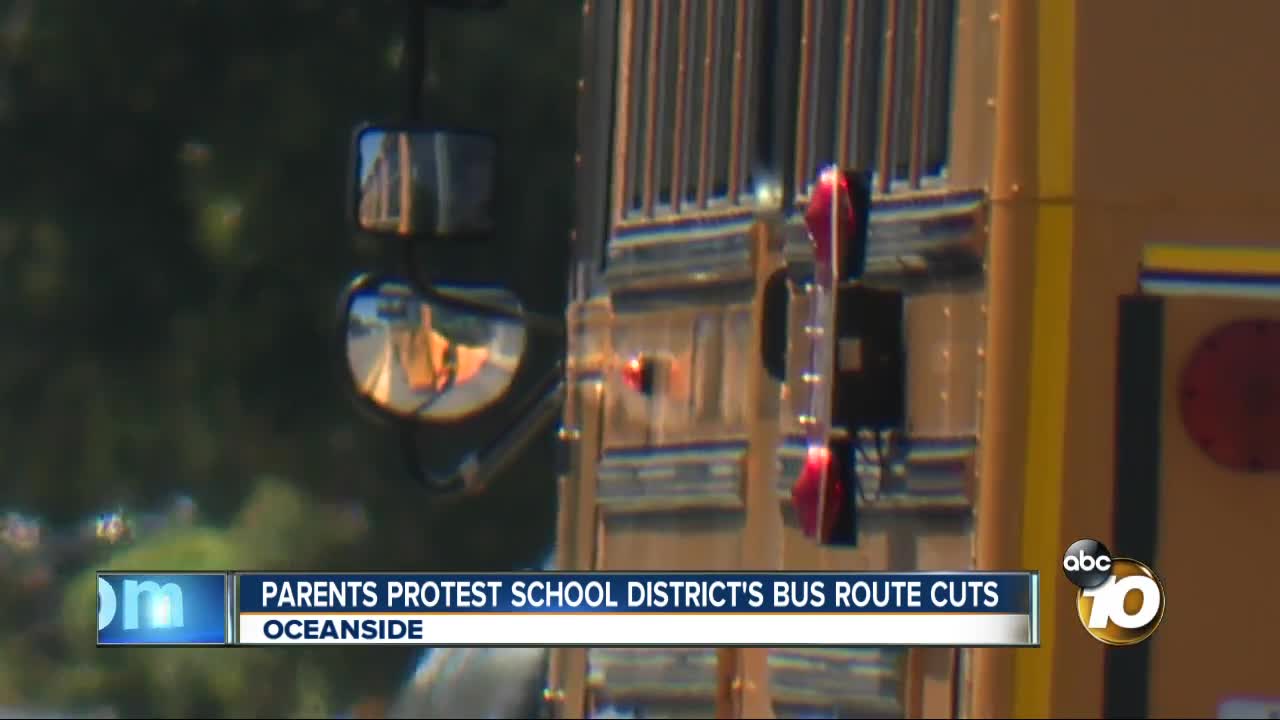 OCEANSIDE, Calif. (KGTV) - Parents made their presence known at an Oceanside Union School District board meeting Tuesday night and demanded the district bring back bus routes for their students.

The district announced bus route cuts in August, but numerous parents said the cuts will force their children to walk roughly five miles, round trip, to their schools. Parents also told 10News they were worried about their children’s safety.

At Tuesday’s meeting, Oceanside parents were joined by parents from the Sweetwater Union High School District. The South Bay school district cut over 20 bus routes earlier in the year.

Parents from Chula Vista said they drove to Oceanside to show support for the parents going through the same thing they went through.

The bus route item wasn't on the meeting’s agenda, so the board didn't take any action.

In an email, a district spokesperson told 10News the district cut transportation back in 2010 and that the buses are being provided free of cost this year. The spokesperson also added that impacted families will have the chance to choose what school their child attends next school year.

“If they can give themselves raises and make hundreds of thousands of dollars a year, we believe they can afford to keep the buses,” one parent said.

The routes are scheduled to stop at the end of this school year.