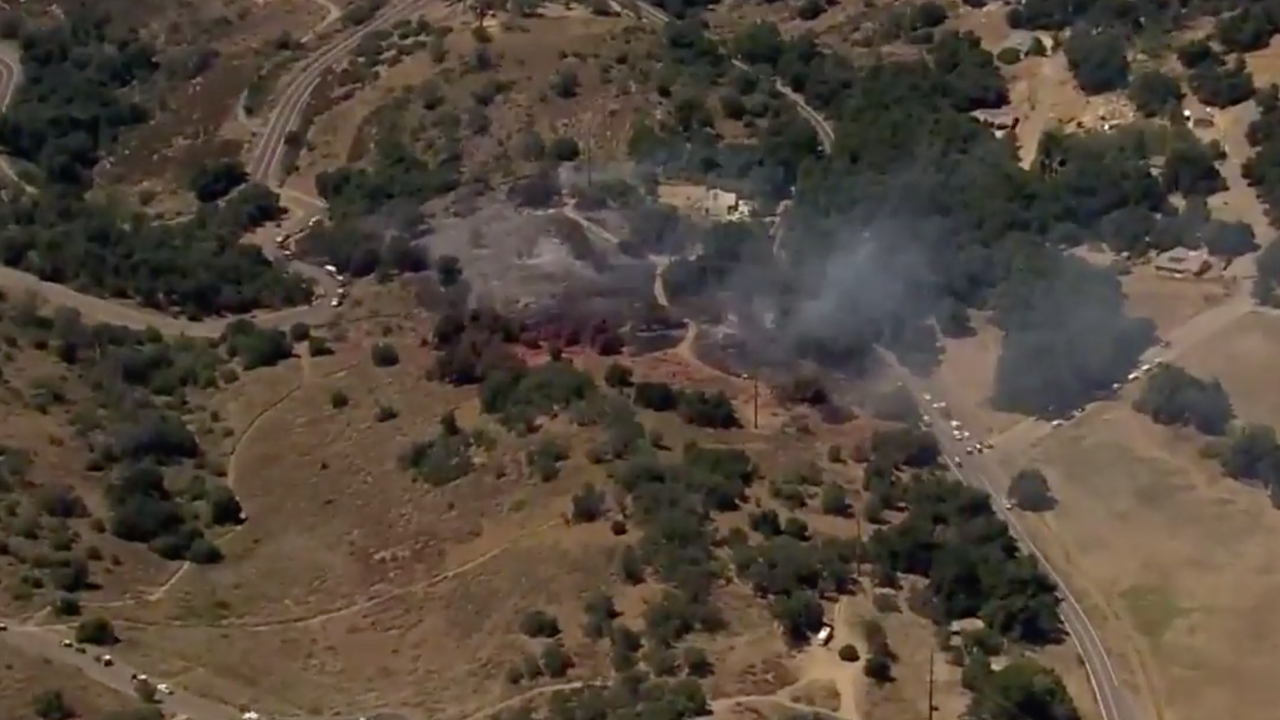 The first fire started about 1 p.m. on Red Gate Road and SR-76 near the La Jolla Indian Reservation in Pauma Valley.

The flames moved quickly through five acres of “light flashy fuels”, Cal Fire reported on Twitter. The forward rate of spread was stopped about 2 p.m. and the flames were extinguished within the hour. No structures were damaged.

Westbound SR-76 was closed at South Grade Road and the eastbound lane was closed at Valley Center Road about 45 minutes after the fire started.

The second vegetation fire also started about 1 p.m. on SR-79 just north of SR-76 outside of Warner Springs. The forward rate of spread of the Morettis Fire was stopped within half an hour. The fire was limited to half an acre, Cal Fire tweeted.

There was no immediate word about what caused either fire.